The Best Cinemas For Film Lovers in Delhi, India 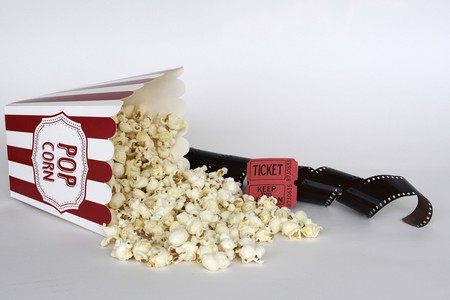 Delhi is a city of film lovers. Watching a movie with friends and family is one of the most enjoyable activities to do in the Indian capital. Besides plush multiplexes and luxurious private screenings, there are some historic single-screen cinemas in the city too. If catching a good flick with a bucket of popcorn and soda in hand is how you prefer to unwind, then these are the best cinemas in Delhi to do it.

Connaught Place, Delhi at night | © Budhesh / Wikimedia Commons
This is a landmark cinema in the famous neighbourhood of Connaught Place. It first opened in 1939 as Odeon Cinema Hall and apparently only showed English films in the first six months. The 70-year-old cinema received a modern makeover in recent years and now provides state of the art movie going experience. It’s location also plays a major role in its popularity. Connaught Place is always buzzing with life. Explore some of Delhi’s best bars and restaurants after the film, get some shopping done or, if the weather is good, just take a stroll in nearby Central Park.
Open In Google Maps
D Block, Connaught Place New Delhi, Delhi, 110001, India
+917777017354
Visit Website
Give us feedback 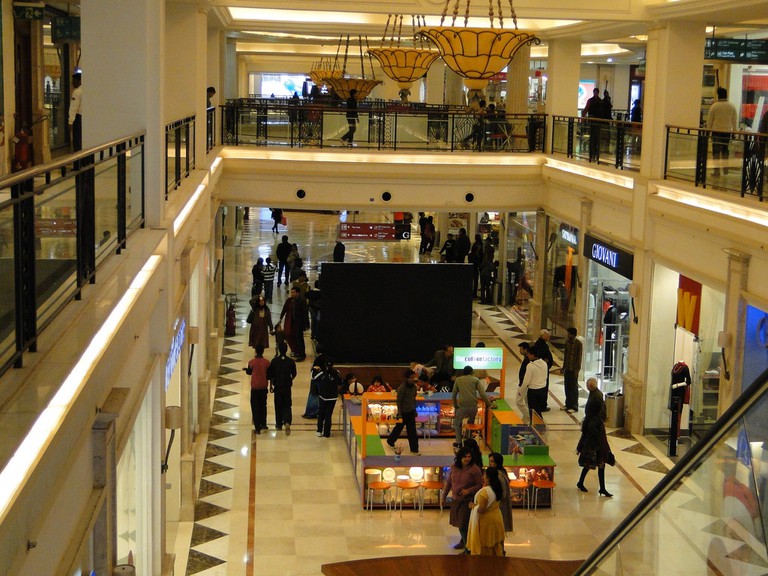 DLF Promenade Mall, Delhi | © Os Rúpias / Flickr
While PVR has screens all around the capital, PVR Promenade stands out because of its location. The cinema is located in DLF Promenade Mall in Vasant Kunj, one of the most sought-after malls in Delhi with great shopping and dining out options. DLF Promenade is tucked in between Ambience Mall and DLF Emporio, a luxury galleria.
Open In Google Maps
Vasant Kunj Mall Road, Vasant Kunj II, Vasant Kunj New Delhi, Delhi, 110070, India
+911146104466
Visit Website
Give us feedback

Cinema, Movie Theater
Facebook
Email
Twitter
Pinterest
Copy link
Share
Map View
Another cinema which owes it popularity to its location is DT Cinemas at DLF Place in Saket. This mall is adjacent to another excellent shopping centre, Select Citywalk, which also has its own cinema. This is the best place to head to for an impromptu movie because if one of the cinemas has sold out or the seats aren’t so great, it only takes five minutes to walk to the other cinema. Big Chill, Delhi’s much-loved Italian restaurant is also located at DLF Place mall. DT Cinema DLF Place Saket, Delhi | © DLF Place Saket
Open In Google Maps
A4 Press Enclave Marg, Saket District Centre, Saket New Delhi, 110017, India
+911146064444
Give us feedback

Cinema, Movie Theater
Facebook
Email
Twitter
Pinterest
Copy link
Share
Map View
A lot of single-screen cinemas found it hard to keep up once the multiplex boom began in the city. M Cinemas is one of those few old-time cinemas which survived the clash. Previously known as Sapna Cinema, it has been restored into a posh venue but it still provides the intimate film watching experience that the cinemas of yore were known for. Tickets prices are a little steep but its worth paying for. The only negative is that there isn’t much to do in the neighbourhood. If you don’t want to head home post the film, you can visit the nearby Greater Kailash, M Block Market.
Open In Google Maps
Sapna Cinema Road, D Block, East of Kailash New Delhi, Delhi, 110065, India
+919650273047
Visit Website
Give us feedback

This high-end cinema in Delhi provides a fancy film watching experience. Not only are their swish recliners uber comfortable but they also pamper you with pillows and blankets. A personal attendant is always at hand should you require any service during the film. They also have an extensive gourmet food menu in case you’re craving something more than just snacks. PVR Director’s Cut also has a ‘Movies On Demand’ service for private screenings.

Enjoy the private screenings with your friends and family at #PVR #DirectorsCut @ambiencemall #Delhi. #movies #luxury

INOX Eros One is a single screen cinema located in the quiet neighbourhood of Jangpura and is one of the few places in Delhi where you can get a ticket for less than Rs. 300 (£3.5). Since Jangpura is a residential area, a lot of families can be seen having an outing together at INOX Eros One. There are places like McDonald’s and Barbeque Nation in the same building if you want to grab a bite before or after the movie.

PVR Logix | © PVR
PVR Logix 4DX in Noida’s Logix City Centre Mall is one of the first 4DX cinema in India. This latest technology is meant to provide an immersive film watching experience. It comes complete with high-tech motion seats and special effects like wind, fog, lightning, bubbles, water, rain and smells. This 92-seat cinema is definitely one-of-a-kind. Noida is a burgeoning city which falls in the Delhi-NCR (National Capital Region) area and takes roughly an hour to reach from the capital.
Open In Google Maps
Wave City Center, Sector 32 Noida, Uttar Pradesh, 201301, India
+919717111614
Visit Website
Give us feedback 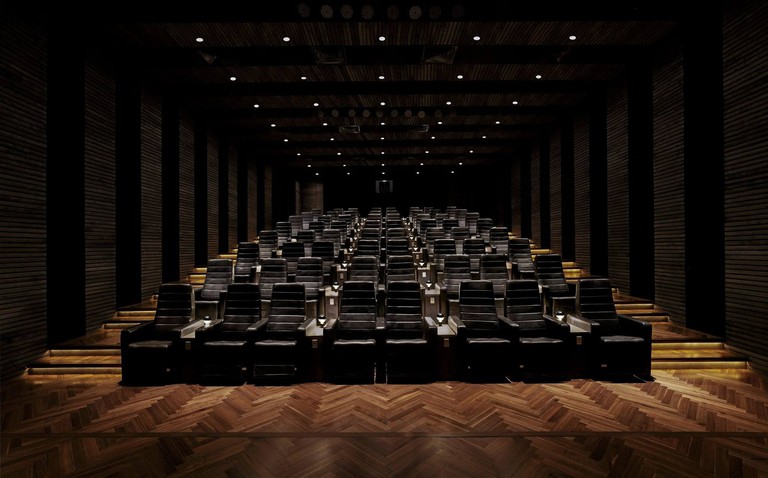 Upstage at Roseate House | © Roseate House
This ultra luxurious cinema is located in Roseate House in the posh neighbourhood of Aerocity. It has 71 plush recliners, polished wooden flooring, a 4.7 x 3.1 metre screen and boasts of its own in-house DCI 4K, Dolby ATMOS cinema. You can even book the entire place and binge watch your favourite Netflix shows with your friends if you please. After the movie, you can dine at Roseate House’s Indian restaurant Kheer and later hit their excellent Chidyaghar Bar.
Open In Google Maps
Northern Access Road, Aerocity, Hospitality District, Indira Gandhi International Airport New Delhi, Delhi, 110037, India
+911171558800
Visit Website
Give us feedback
Give us feedback