Music In India: The Art Of Konokol

The art of the South Indian Carnatic form of music has developed fluently over the centuries, with many influential artists to its name. Its origins date back to the 1200s, yet this system is still used by many musicians and vocalists today. The Carnatic structure is complex and takes years of practice, yet free improvisation using the technique of Konokol is what makes this music genre standout. 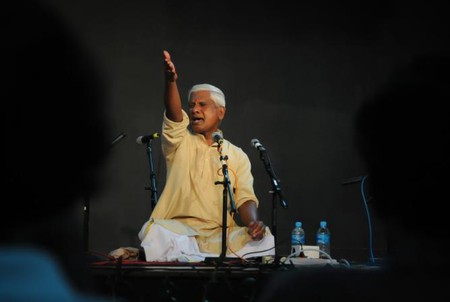 Throughout history, Indian music had developed as a single system of music up until the 13th century. Since then it split into two similar but distinct systems: the Hindustani music of North India and the Carnatic system of the South. The major distinction between the two is the authoritative use of Konokol, the art of producing percussion music through one’s vocal cords. 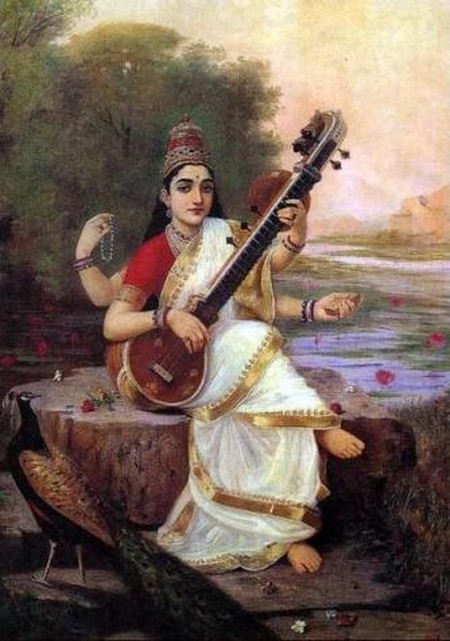 Purandara Dasa (1484 – 1584) can be said to be the principal founder of the Carnatic system as we know it today. The creator of innumerable compositions, many of which are still presently used, Dasa made a significant contribution by codifying the teaching of the elements of Carnatic music in various graded steps. These teaching methods have also survived over the centuries and are being followed today by all teachers (also know as ‘gurus’) of Carnatic music. Originally the lyrics and music which formed the composition where never written down, and a specific song could only learnt if one could find the composer or one of their students.

The next significant development was in the 17th century (around 1650) when Venkatamakhi formulated the system of the 72 melakartha ragas in his two pivotal treaties on music, the Chaturdandi Prakasika and Raga Lakshana. Raga is one of the melodic modes used in Konokol, where one uses a series of five or more musical notes upon which a melody is constructed. Venkatamakhi was profoundly influenced by his father, Gavinda Dikshita, as well as the third ruler of the Thanjavur, Raghunatha Nayak, particularly by Nayak’s work Sangita Sudha. This work was a great value to students of Carnatic music, and the introductory part of the text is a veritable source of the history of art and architecture of the age. Nayak felt that classical music would be popular only when it is lucid, simple and aesthetically enjoyable, and reaches a larger section of the people, which is ultimately what this genre aimed to do. 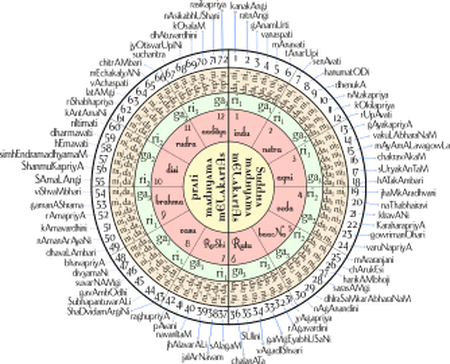 The truly golden age of Carnatic music can be said to have commenced in the 18th century, mainly resulting from the contributions of Thyagaraja and his contemporaries Muthuswamy Dikshithar, Syama Sastri and Swati Thirunal. Since their time, the Carnatic music world has seen a series of composers, the most outstanding amongst them being Papanasam Sivan (1890 – 1973) whose compositions in Tamil have added considerably to the scope and range of Carnatic music. Sivan has often been named the architect of Tamil musical renaissance, and has composed an estimated two thousand songs in about 75 ragas. He started composing music as early as 1910 and he used to sing them himself. While singing he always closed his eyes and expressed that he was on such occasions in communion with God. It was in this decade that he came to be acquainted with Konerirajapuram Vaidyanatha Ayyar, a faithful exponent of Carnatic music and acclaimed to be one of the greatest musicians of the time. 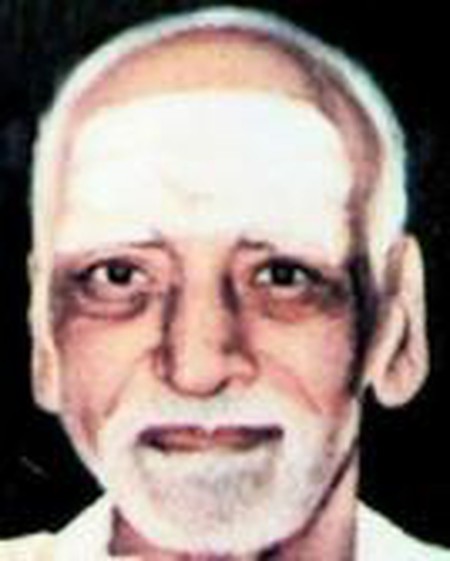 Sivan did not use any lexicon or dictionary when choosing rhyming words for his songs, and after a decade of relentless work and purposeful concentration, he compiled and brought out a rhyming Sanskrit Dictionary titled Samskritha Bhasha Sabhata Samudhraha in 1952. Sivan composed songs for films for almost 15 years from 1936, charging spiritual fervour into them and creating phenomenal success for many film producers. Reluctant as he was to mix with the motley crowd of artists, he was convinced by his close friend and well wisher, film director K. Subramaniam, and agreed to play a few roles in cinemas. He acted in four films, Bhaktha Kuchela, Thiyaga Bhoomi, Bhaktha hetha, and Kubera Kuchela. The last works of Sivan were ‘Sri Rama Charitha Geetham’, the Ramayana epic sung in 24 stanzas in 24 ragas and ‘Kaaraikkal Ammaiyar Charitham’. 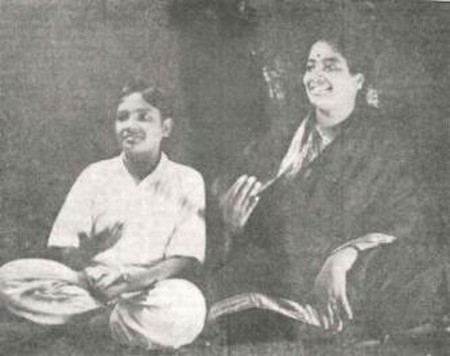 More recent and ground-breaking performers include Damal Krishnaswamy Pattammal (1919-2009). As a Brahmin woman, she could not undergo gurukula training, the norm in those times. As a result of this, Pattammal desperately notated songs in concerts, and took down key phrases of ragas rare oand intricate. Without a regular teacher in the early stages, she never has the chance to learn the initial swara exercises. Once, when an exam demanded varnam singing, she had to obtain the notation by her own means and transform the text into music by recalling the raga as sung in the concerts she had heard. She gave her first public concert without ever having sung with a violin and a mridangam. Her early gurus remain unknown by name and Pattammal was grateful that they sought her out and taught her what they knew. Her headmistress played a crucial role by giving her a role in a musical play during school, later insisting that she should appear for the government technical examination in music, conducted in Madras. Amazed by the nine year old’s handling of the masterpiece ‘Sri Subrahmanya namaste’, examiner Ambi Dikshitar, grandson of the legendary Muthuswami Dikshitar, insisted on teaching her himself. Pattammal eventually made history as the first Brahmin woman to become a leading performer in Carnatic music. This achievement can be seen as a sign of the changing socio-political scene and evolving attitudes to women performers; Pattammal made history with her mastery of laya (Carnatic tempo), hitherto regarded as belonging exclusively to male territory.

A present and noteworthy Konokol percussionist is Subash Chandran from Chennai, South India. He is known as the ‘King of Konokol’ and has gained international fame through performing at the United Nations, the Festivals of India in USA, Russia, Switzerland, Japan and with the various philharmonic orchestras such as, NY Philharmonic, Norwegian Philharmonic, USSR Philharmonic and the Oslo Philharmonic with the renowned violinist Dr L Subramaniam. He is also the founder and director at the Sankara Academy in New Jersey where he has conducted advanced workshops on South Indian Percussion for the past ten years.