The 15 Most Controversial Films in Indian Cinema 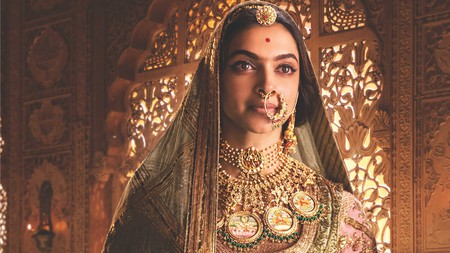 Indian cinema has no scarcity of films which either courted major controversy or faced complete ban and were never released in the country. Interestingly, these pictures have garnered rave critical reviews and been well-received at international film festivals. From themes that deal with communal violence to homosexuality and politics, these are some of the most controversial films ever made in India.

Garm Hawa is a film based on an unpublished story by eminent Urdu writer Ismat Chughtai. In 1947, India gained independence from the British colonial rule, but it also came at a heavy price—the division of the country to India and Pakistan. Garm Hawa tells the poignant story of a Muslim businessman who is torn between staying back in India, the land of his forefathers, or joining his relatives in Pakistan. It is one of the best films to showcase the plight of the Muslims in the country in a post-partition era. The film was deferred for eight months, fearing communal violence, before it was released.

This political drama centres around a woman politician whose appearance was uncannily similar to that of Prime Minister Indira Gandhi. This led the film to face allegations that it was based on her, especially Gandhi’s relationship with her estranged husband. However, the filmmakers had only borrowed the protagonist’s look from the Prime Minister and the rest had nothing to do with her life. Even after its release, the director was asked to remove scenes which showed the lead actress smoking and drinking during an election campaign and the film was completely banned during the national Emergency later that year.

Directed by Member of Parliament Amrit Nahata, the film is a satire on the administrative regime of Prime Minister Indira Gandhi and her son Sanjay Gandhi. Kissa Kursi Ka was submitted for certification from the Central Board of Film Certification in 1975 but the country was put under Emergency the same year and so the film was banned during that entire period. All movie prints, including the masterprint, were confiscated and destroyed during the time, a move which even landed Sanjay in jail.

The biographical film is based on the life of Phoolan Devi, a feared woman dacoit who led a gang of bandits in northern India. Phoolan belonged to a poor low caste family and was married to a man three times her age. She later took to a life of crime. The film, directed by Bafta-winner Shekhar Kapur, was criticised for its excessive use of abusive language, sexual content and nudity. Despite the backlash, Bandit Queen went on to win the National Film Award for Best Feature Film.

Fire is the first instalment in the Elements trilogy directed by acclaimed filmmaker Deepa Mehta. It is considered a pathbreaking film for being the first Indian cinema to explore homosexual relationship. But on its release, it faced adverse reactions with vandals burning posters and destroying cinemas where the film was being screened. Following the scandal, Fire was retracted briefly and Mehta even led a candlelit protest in New Delhi to oppose the move.

Kama Sutra: A Tale Of Love, directed by Mira Nair, was banned in India with the officials stating the film’s sexual content was too harsh for Indian sensitivities. An ironic suggestion, considering the book Kama Sutra originated in India and is easily available for purchase. Protesters labelled the film as unethical and immoral, but it received widespread critical acclaim. Kama Sutra: A Tale Of Love explores the relationship of four lovers in 16th-century India.

Anurag Kashyap is a pioneer filmmaker, but also one of the most controversial in the Indian film industry. He has never shied away from broaching bold topics, which may not sit well with many in the Indian community. His directorial debut Paanch, which revolves around the life of five band members entangled in a kidnapping plot gone wrong, remains unreleased to this day. Inspired by true life incidents, the drugs, violence and sex depicted in the film was considered inappropriate for the Indian audience.

Hava Aney De is an Indo-French film which works with the sensitive subject of India-Pakistan war. The Censor Board of India demanded over 21 cuts in the film, but the director Partho Sen-Gupta would hear nothing of it. Hava Aney De, therefore, was never released in India. It did win multiple awards at film events held abroad including Best Film at Durban International Film Festival and the BBC Audience Award at the Commonwealth Film Festival.

Water is the third and final instalment in Deepa Mehta’s trilogy of films. It tackles the subject of ostracism and misogyny through the lives of widows at an ashram in Varanasi. Water was believed to show the country in a bad light, and even before filming started, right-wing activists wrecked film sets and issued suicide threats. Mehta was eventually forced to move the filming location to Sri Lanka. Not only that, but she had to change the entire cast and shoot the film under a pseudo title, River Moon.

The Pink Mirror is the first mainstream film to have two transsexuals as protagonists. While it was a groundbreaking moment in Indian cinema, the Central Board of Film Certification had other opinions, calling the film “’vulgar and offensive”. The Pink Mirror remains banned in India but it went on to win the Jury Award for Best Feature at the New York LGBT Film Festival and the Best Film of the Festival at Question de Genre in Lille, France. You can catch the film on Netflix now.

Black Friday, another Anurag Kashyap venture, also faced a temporary ban. It deals with the 1993 Mumbai bombings, and the Bombay High Court decided to suspend the release until the trial was over. This meant that Kashyap had to wait for another three years until Black Friday hit cinemas. The film received praise from both international and national media with the New York Times comparing it to Academy Award nominees Salvador and Munich.

Parzania is inspired by the true story of a 10-year-old boy, Azhar Mody who disappeared after the 2002 Gulbarg Society massacre during which 69 people were killed. This is one of the many incidents which led to the Gujarat riots, one of the worst acts of communal violence the country has ever witnessed. Cinema owners in Gujarat were allegedly threatened not to screen Parzania and the film went on to face an unofficial ban in the state.

Inshallah, Football is a documentary film about a young boy from Kashmir who dreams of becoming a famous footballer. But his ambitions are crushed when he is not allowed to travel abroad because his father is an alleged militant. Critics felt the documentary showcased the reality of violence-afflicted Kashmir, but it failed to get the green light from the authorities for release in India as they felt the film was critical of how the Indian military operated in the politically sensitive region of Kashmir.

India’s Daughter is a documentary by British filmmaker Leslee Udwin and is based on the horrific Delhi gang rape and murder of 23-year-old student Jyoti Singh in 2012. The film includes an interview with Mukesh Singh, one of the four men convicted in the case. India’s Daughter was banned in India because the rapist airs certain views on gender which show the country in a poor light. These incendiary comments were believed to disturb the peace restored after a countrywide protest following news of the rape.

Padmavati is the latest Hindi film to court serious controversy as some right-wing groups felt that the film misrepresents history and thus tarnishes the reputation of certain communities in Rajasthan. A bounty was also put on the director and the lead actress, who portrays the historical queen Padmavati in the film. The film was scheduled for release in December 2017 but remains shelved so far. Historians, however, have debated the real life existence of the queen, with many saying she was a fictional character in an epic poem.