The 10 Best Snacks to Eat During Your Trip to India 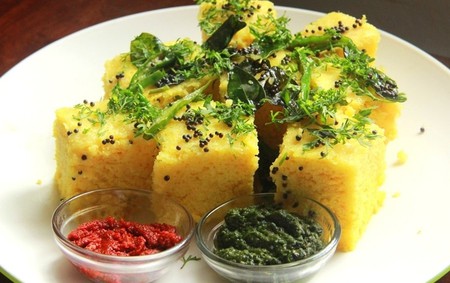 India’s food scene is as varied and rich as its vast landscape, and each state contributes distinct and unique flavors and fragrances. A significant part of the gastronomic delights of this South Asian country is the different kinds of delicious and hearty sweet and savory snacks. Here’s the lowdown on the best snacks to eat during your trip to India.

Samosa is a common snack in India and has been a favorite of Indians for generations, although it is quite carb-heavy. It is a triangular deep-fried, golden-brown pastry with the savory filling of mashed potatoes, green peas, and spices. There are limitless possibilities when it comes to fillings, like eggs, chicken, fried rice, cheese, chocolate, minced meat, pasta, and much more. They taste super delicious with any filling and when complemented by tamarind and mint sauces. Pair it up with a cup of tea for a heavenly experience! 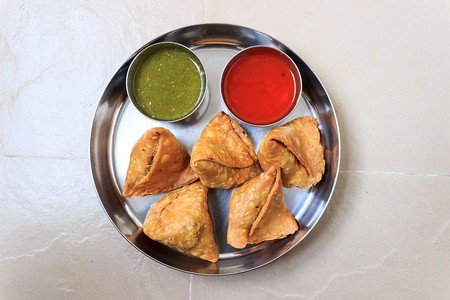 Vada Pav is a popular on-the-go snack of the Indian state of Maharashtra. However, restaurants and food stalls across India also offer this delicacy. It basically includes potato patties, which are made from mashed potatoes, mixed with chilies, coriander, and spices and dipped in chickpea flour, which are deep-fried. It is then put between the slit bun breads (pav) seasoned with powdered red chili and topped with green chili. The sweet and spicy sauces on the side augment the experience of eating. 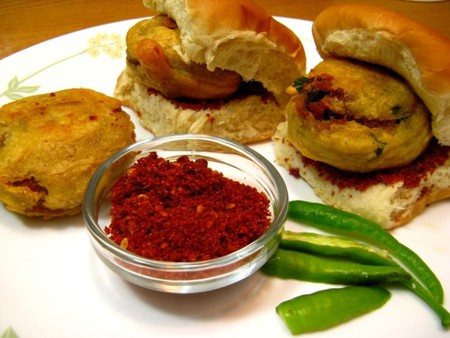 There is nothing like treating yourself to a plate of hot bhaji along with a cup of tea or joe during monsoons in India. There are many takes on bhaji across India. Essentially, these are spicy fritters made out of potatoes, onions, capsicum, and chilies, dipped in a batter of gram flour and deep fried. 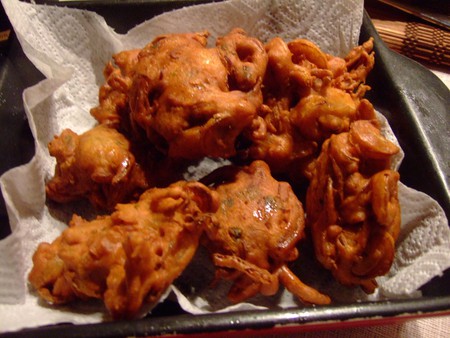 Quintessentially from Gujarat, Khaman is a light, soft, spongy, and tangy-sweet snack prepared from freshly ground gram flour and garnished with green chilies, coconut, and coriander leaves. Pleasing to the palate and low in calories, this is a perfect snack to munch on when you’re craving for a light bite. 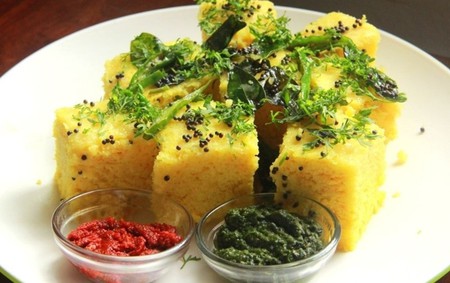 These notorious flattened, deep-fried balls of fine flour flavored with lentils, black pepper, onions, spices, and so much more are an all-time favorite of young and old. The tangy mint or tamarind sauce on the side—or potato curry—just heightens the taste. There are numerous variants, like raj kachori, masal kachori, baked kachori, matar kachori, dry fruit kachori, onion kachori, and many more. 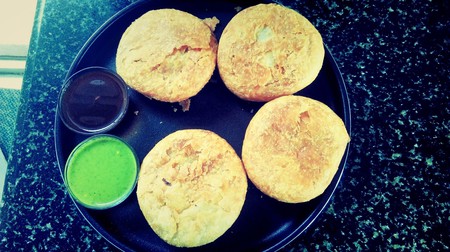 The mixture of flattened rice roasted with onions, curry leaves, green chilies, peanuts, and spices create a snack that is just as nutritious as it is delicious. It is best accompanied with a hint of lemon juice and a sprinkling of namkeen sev on the top. To make the most out of it, have it with Jalebi, a sweet pretzel. The salty flavor of Poha is countered by sweet Jalebi—a flavorful combination that hails from the central Indian state of Madhya Pradesh, and is definitely not to be missed. 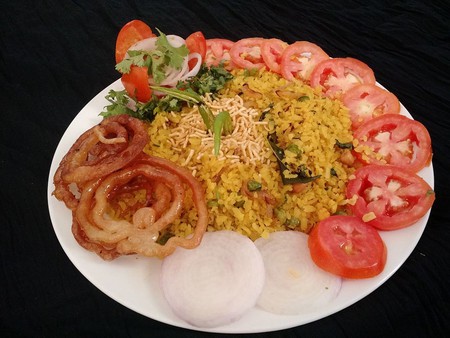 Originating in Tibet and spread all across in India, mainly northern and north-eastern India, Momos are dumplings with the stuffing of your choice—veggies, meat, chicken, pork, or herbs. Tangy, spicy garlic and red chili sauce are served alongside to enhance the taste. 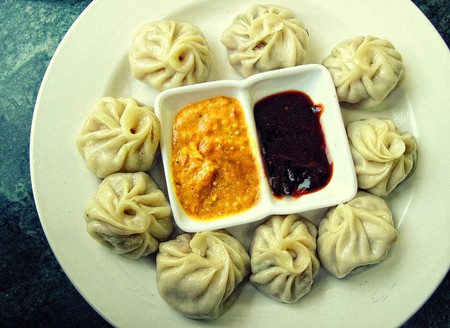 A delicious and refreshing quick snack, Masala Papad is a crispy tortilla chip made of black gram, and comes in different shapes and sizes. What makes it appetizing is its generous dressing of chopped onions, tomatoes, grated coconut, coriander, and spices. Add a hint of lemon juice and green chilies on the top for some added tanginess. 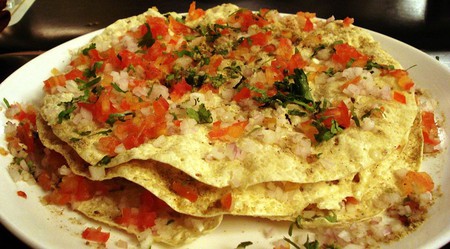 Tikka is a versatile snack item found everywhere in India, from street food stalls and centers to hotels. It is essentially chunks of paneer, chicken or fish—whatever your choice—smothered in yogurt and an assortment of spices, and grilled in tandoor using a skewer. The aroma of the spices wafting out of the stall will definitely keep you hooked for more. It is served with a concoction of tangy sauces on the side. 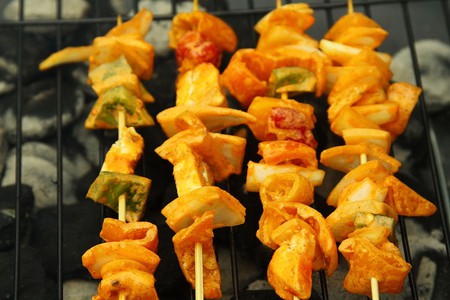 Otherwise known as mixture, Bombay Mix is a blend of dried ingredients, like chickpeas, lentils, sev, peanuts, and spices that lend it a distinctive taste. Each region has its own name and version of this snack, and all are equally delicious. So don’t forget to grab a bowl of this savory snack when in India. 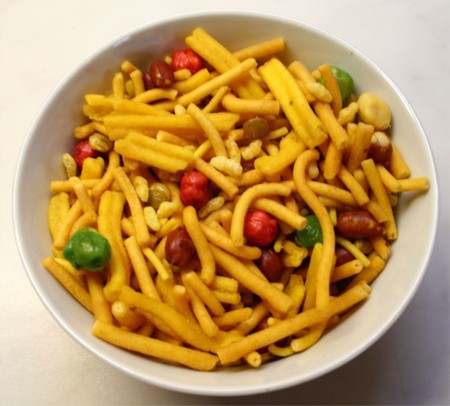