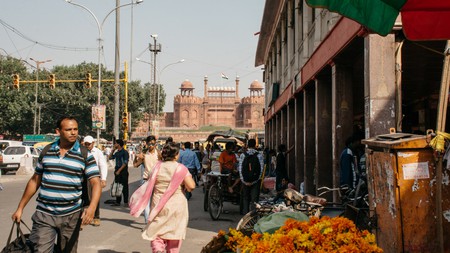 As staying in becomes the new normal, Culture Trip invites you to indulge in a spot of cloud tourism. Experience the sights and sounds of a place – without even leaving your home. Here, grab a whiskey, neat and let yourself be transported to the vibrant streets of India’s capital city, Delhi.

Call us crazy, but we think some of the best things about Delhi are the city’s smells, sounds and bustle. Take a hair-raising rickshaw ride down a narrow gulley in Chandni Chowk and you’ll be assaulted with one sensory hit after another: heady aromas of street food mingling with (there’s no avoiding it) the whiff of urine, the calming sounds of prayer from the Jama Masjid muddled with vendors’ shouting and the neon hues of bangles being sold to match women’s saris. Meanwhile, the cycle rickshaw you’re in will teeter dangerously close to passers-by, and the criss-crossed electric wires hanging dangerously low will threaten to cut your head off. 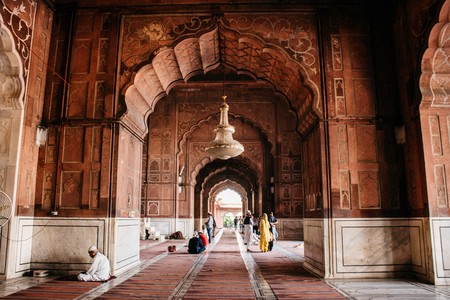 While close encounters with the locals of Paranthe Wali Gali may not be possible right now, we’ve come up with a few ways to get that chaotic and colourful Delhi experience from your homes.

Food: Make your own street food

Travellers will agree that the most delicious thing about Delhi is the food. The city is home to north Indian meat lovers (kebabs are a menu highlight at any north Indian restaurant) but much of the capital’s street food is actually vegetarian. Street-food vendors in Delhi can whip up fresh momos (dumplings), a variety of chaat (snacks) and tangy gol gappas (potato and chickpea stuffed fried shells) from their makeshift stalls in a matter of minutes.

They make it look easy, but the sheer amount of ingredients needed to make a chaat makes it a convoluted DIY. To make a simplified version of the popular papri chaat, mix some papri (fried flour crisps) with boiled chickpeas and potatoes, yogurt, diced onions and tomatoes – then douse the concoction in mint and tamarind chutney. Voilà, you’ve got your classic Delhi snack sorted. 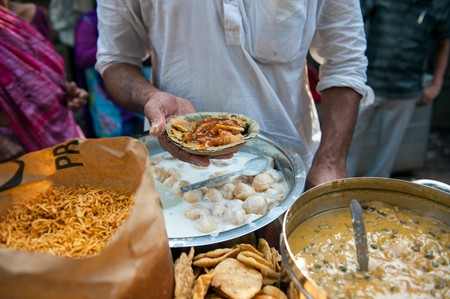 We could all use a laugh right about now, and Abhinay Deo’s 2011 black comedy Delhi Belly (it’s on Netflix) delivers, as long as you’re in the mood for some slapstick fun. The classic switcheroo plot sees a stool sample get mixed up with a gangster’s stash of diamonds, leading the protagonists (three male flatmates) on a wild adventure through some of the grittier parts of Delhi.

This is a film that gives viewers a glimpse of life in Delhi they may not even see as travellers – the dingy apartment the men live in, the tangled streets of Pitampura where they almost run a cow over with their car, and a brothel. 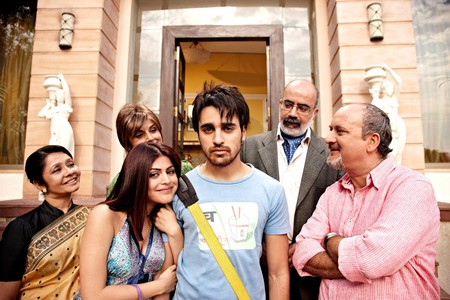 India accounts for almost half of the world’s whiskey consumption, and Delhi’s drink of choice has always been a whiskey, neat. Back in the day, whiskey was considered to be a man’s drink, and it was common to see men drinking large shots of the stuff at bars and members’ clubs across the capital after work.

On a visit to Delhi today, you’ll find a whiskey to suit every pocket on drink menus around the city – be it a cheap Blenders Pride at a small theka or an expensive single malt at a swanky hotel. Grab whatever you have in your cupboard (bonus points if it’s a Blenders) and pour yourself a patiala peg: a north Indian measure of whiskey that’s approximately four smalls. The classic way to measure it? Pour an amount equal to the distance between your index and little finger, and don’t blame us.

Book: ‘Delhi: Adventures in a Megacity’

Inspired by a mosquito-repelling coil (and a lot of alcohol), British-born, India-based author Sam Miller decided to explore Delhi on foot, in the shape of a spiral. Starting at Connaught Place, a sprawling circular market that is arguably the centre of Delhi, he embarked on a mission to get to know the city better. 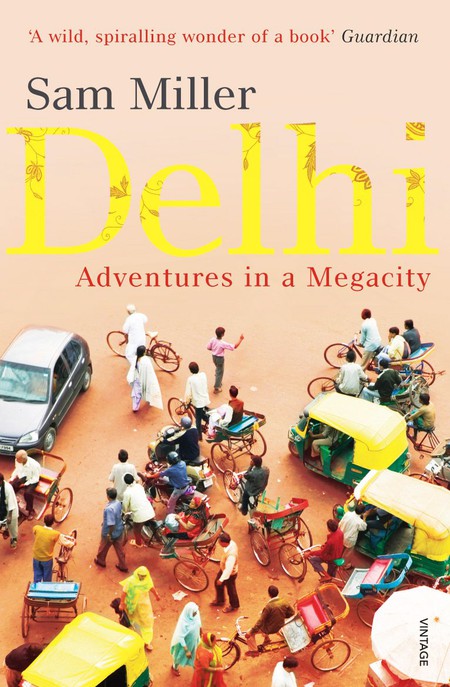 AR Rahman is an Indian singer and composer, whose soundtrack for Danny Boyle’s Slumdog Millionaire (2008) won him two Oscars (Best Original Score and Best Original Song) at the 81st Academy Awards. He also has six National Film Awards, two Grammys and a BAFTA.

In his score for the 2009 musical drama Delhi-6, Rahman uses a mix of genres and sounds that play well with the chaotic, ever-changing atmosphere of Chandi Chowk, where much of the film is set. The title track, ‘Delhi-6’, sung by Indian rapper Blaaze, is in particular a sassy banger, full of attitude, with lyrics that translate to “This is not a city, it’s a party.”