How to Spend 48 Hours in Kollam, India 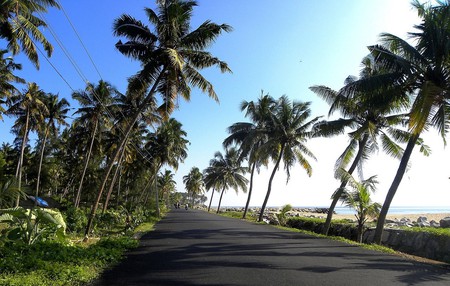 Kollam, aka Quilon, in Kerala, is an old seaport that became the premier city of the southern coastline of Kerala, ahead of Travancore and Kochi, when the Malabar era began in 824 CE. Kollam flourished with trade and commerce from as early as the third century BCE, while it was under the Chera rule. It was considered one of the five entrepôts in global sea trade during the 13th century and had a strong commercial reputation with the Phoenicians, the Romans and the Chinese.

Start your day with breakfast from Thushara’s Restaurant. Then, head straight to Thevally Palace, which is a popular heritage palace situated on the banks of Ashtamudi Lake. The palace was built between 1811 and 1819 during the reign of Her Highness Gowri Parvathi Bayi. Next, stop at the Anandavalleeswaram Temple. The 400-year-old temple is dedicated to Goddess Anandavally and Lord Shiva and is the only temple in India that has consecrated idols, Sri Krishna, Maha Vishnu, Bhoomidevi and Lakshmidevi, under a single structure. The temple’s annual festival is celebrated in mid-March. 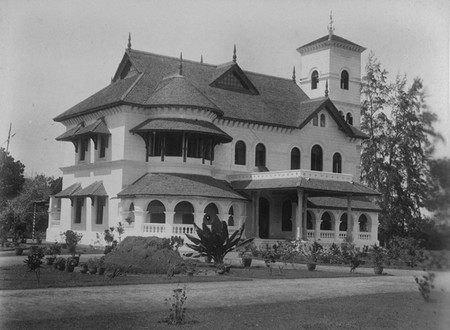 Savour lunch at All Spice Restaurant, which has some great dessert options. The next stop is a relatively less explored backwater haven called Munroe Island, aka Mundrothuruthu, which is a cluster of eight islands. The inland island cluster is 22 kilometres (13.7 miles) from Kollam and was named in honour of Resident Colonel John Munro, of the former Princely State of Travancore, who integrated several backwater regions by digging canals. Take a boat cruise or a canoe tour on the calm backwaters and relax. Book your cruise online at DTPC Kollam. 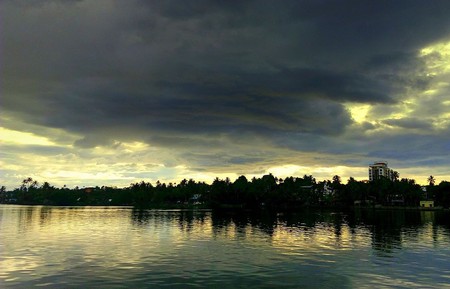 Return to Kollam for a lip-smacking Kerala-style dinner at Ramees Restaurant; don’t forget to taste their parotta and beef curry.

Start with a vegetarian breakfast from Gowri Sankar Restaurant. Then, head straight to the Oachira Temple, which is situated 30 kilometres (18.7 miles) from Kollam. It is an ancient pilgrimage place in Kerala. The temple is dedicated to ‘Para Brahma‘, or ‘Ohmkaram’, which means ‘universal consciousness’. The most famous festivals linked to this temple are Oachira Vrishchikam, the annual temple festival celebrated during the months of December and January, Oachirakkali, a ritual that occurs in the month of June involving mock-fighting in muddy water by traditional martial art experts, and Kettu Kazcha, a cattle festival celebrated on the 28th day after Onam, where gigantic idols made up of decorated bulls called ‘Eduppu Kala‘ are pulled on giant wheels towards the temple. 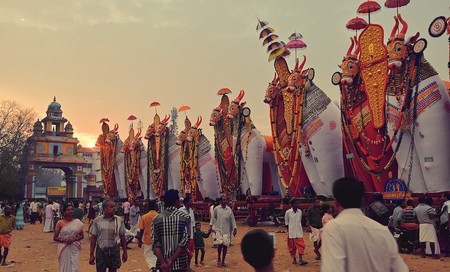 Have lunch at Nadaala Restaurant. Try the Kerala fish-curry meals from here as they are famous for them. Then, head to the Kottankulangara Devi Temple, which is dedicated to Goddess Durga Bhagavathy, the Supreme Mother. The annual temple festival, called Chamaya Vilakku, is famous for its uniqueness of having men taking the procession to the temple, holding lamps and dressed in traditional female attire, accompanied by a traditional orchestra. 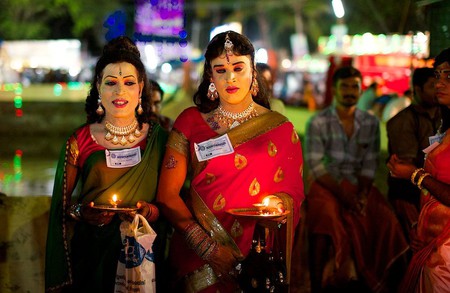 Visit the Thangassery Lighthouse, open since 1902. This lighthouse, painted in red and white oblique bands, is 41 metres (135 feet) high and is the second tallest in Kerala. 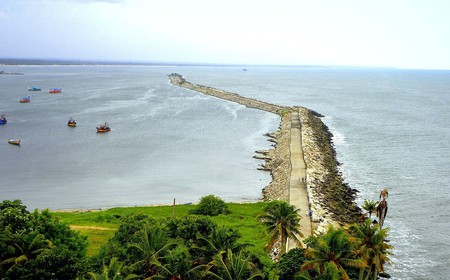 View of Kollam Port from the lighthouse | © Arunvrparavur/WikiCommons

The last place to visit is Mundakkal Beach, which is one of the best beaches in Kerala to catch orange-hued sunsets. The main attraction here is the dredger ship that washed ashore, which has turned out to be a great prop for great sunset pictures. End the day with dinner at Ramees Restaurant. 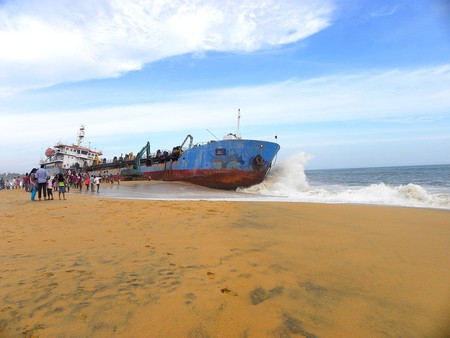