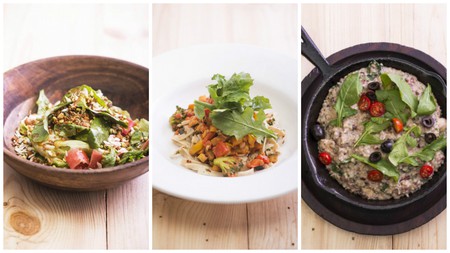 Smoke House Deli is now going above and beyond to cater to people who watch what they eat. They’ve started a whole menu dedicated to healthy food, complete with its own set of soups, sandwiches, breakfast dishes, pastas, mains, and desserts. All dishes on this menu are gluten-free and free of trans fats. Moreover, all dishes are garnished with microgreens that add a freshness to them, are full of texture and are prepared using non-traditional cereals and pulses such as quinoa and millets. The menu lists ingredients used and categorizes the dishes as per the criteria, for example ‘Dairy free,’ or ‘Vegan,’ ‘Superfood.’

We were able to try the ‘Kale and Millet Soup,’ which was well flavored and had crunchy millet and crispy kale providing texture to the liquid element. It is these tiny details that convert a non-soup loving person. 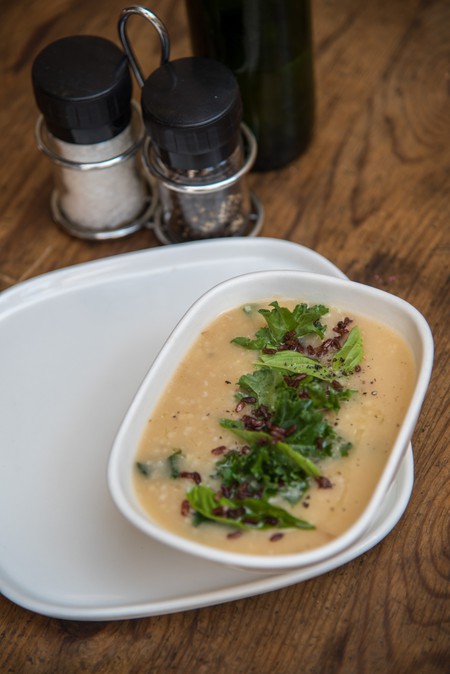 We tried the vegetarian ‘Bean Sprouts and Crispy Quinoa with Brown Rice Flakes,’ which was served with multi-grain bread and gluten-free bread. Quinoa is a Bolivian grain that is a great replacement for rice for people who are dieting, due to it being rich in healthy fats and vitamins and minerals. The chefs at Smoke House Deli have added a unique spin to this by serving crispy quinoa instead of the regular boiled variety. That and the brown rice flakes are a crunchy element that makes the salad quite enjoyable.

We were also able to try the non-vegetarian ‘Kefir Soaked Chicken with Organic Red Rice and Brown Rice Flakes.’ Kefir (not to be confused with the Thai Kaffir lime) is a fermented milk drink that consists of probiotic bacteria. While you cannot particularly taste the kefir on the chicken, the meat itself is well cooked and goes well with the apricot dressing. Once again, the rice flakes add crunch. 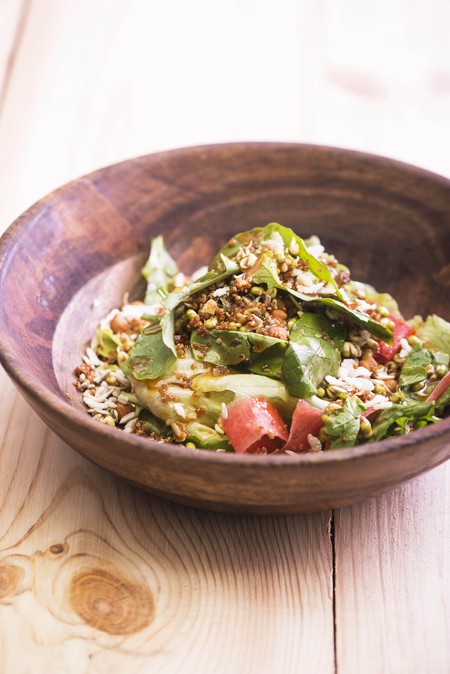 Gluten is a protein that is found in wheat. All of the Smoke House Deli healthy menu pastas are, therefore, prepared with non-wheat flour. The first of these was the ‘Jowar Gnocchi and Mushroom Fricasse with Parmesan Crisp.’ The jowar (sorghum) gnocchi is soft and is paired with the buttery mushroom sauce. The next pasta was the ‘Fettucine Aglio Olio Peperoncino,’ which was slightly under-seasoned and did not match up to the high quality of the other dishes on the menu. 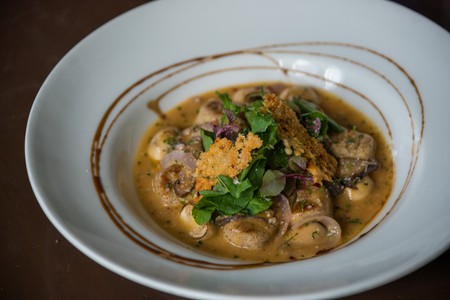 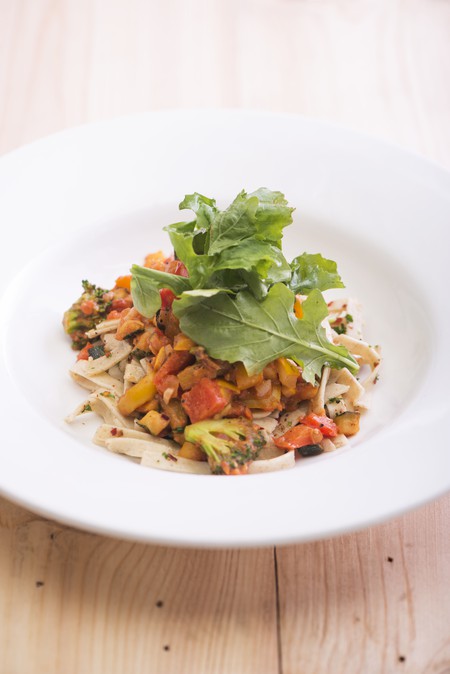 Risotto is traditionally made with the Italian short-grained Arborio rice and is cooked long enough for the rice to release starch and produce a creamy dish. Often named the ‘death dish’ on our favorite show Masterchef Australia, risotto can become chalky, heavy and quite like baby food if not cooked properly. Smoke House Deli’s healthy menu ‘White Mushroom, Kale Risotto’ is prepared well and with millet, thus, producing a moist and well-flavored dish.

It is said that a good dish is one which teases as many senses as possible. The ‘Tomato Polenta with Truffle Scented Vegetables’ was definitely one such dish. To truly relish the dish, one must first smell the truffle and internalize it. Digging in, you can enjoy the creamy polenta with the crunchy vegetables. Among the mains, we were also able to try the ‘Pan Roasted Jerk Chicken with Grilled Vegetables,’ which was probably the best dish. The chicken was soft and well cooked, the spice rub flavorful but not too spicy, served with crunchy grilled vegetables. 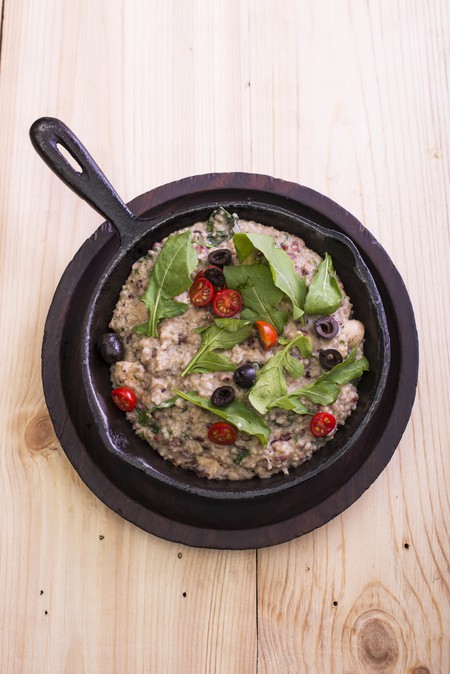 The ‘Cacao Nib and Soya Milk Cheese Case with a Nachini Crust’ was a good way to finish off the meal. It was not too sweet, and the bitter cacao nib sauce on the side was a great balancing factor. 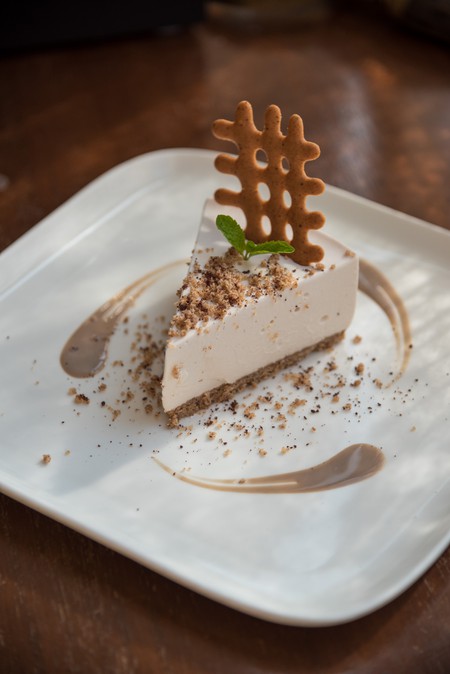 Smoke House Deli has been a personal favorite for some time now and the new healthy menu is definitely on the ‘to be repeated’ list.