Siddarth Malhotra on Mixing Humour, Action and Romance in 'A Gentleman' 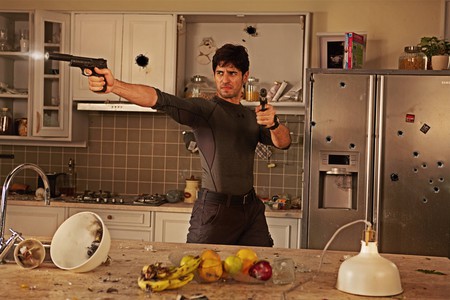 In the five years he’s been around, Bollywood star Siddarth Malhotra’s career has moved from strength to strength. From his award-winning debut in Student of the Year (2012) to his hardened, tough performance in Ek Villain (2014), it’s clear that this young talent is one to watch.

Culture Trip caught up with the rising star to discuss his new movie A Gentleman, where he likes to go in his down time and the other projects he has in the pipeline… 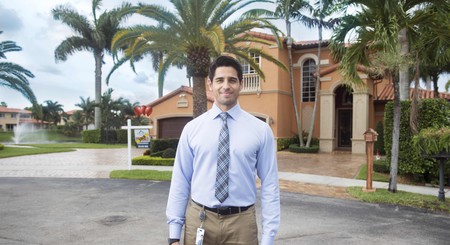 Culture Trip (CT): A Gentleman is your latest film, can you tell us what it’s about?

Siddarth Malhotra (SM): It’s the story about this nice guy called Gaurav and how he gets mistaken for another character called Rishi. It’s an interesting take on mistaken identity. It’s based in Miami and Mumbai, so it’s more about how two different worlds collide. Jacqueline Fernandez stars in the lead alongside me and it’s just our take on action comedy. We’ve all seen action comedy in India which is slightly more louder and not really stylised or backed with an interesting storyline or screenplay, it’s all just fun fun fun. This has got a lot fun, but it’s got a lot of slick action, humour and romance. It’s got everything that I like to watch in a film.

CT: We’ve sort of cleared this up, but I can’t really tell from the trailer; do you have a double role or are you playing a character that has a double life?

SM: It’s a case of mistaken identity between Gaurav and Rishi. It’s an interesting take on double roles, you’ll have to see the film to see what I mean. It’s not the typical double role that you usually see.

CT: Gaurav and Rishi have very different personalities; Rishi’s a suave, sophisticated James Bond type, while Gaurav’s a straight edge guy who loves to cook and stay at home…

SM: Gaurav loves his household and his dream is to have a house in Miami with the perfect kitchen. He’s obsessed with kitchen utensils and household gadgets and he always wants to clean his house. He’s kind of like Monica from Friends.

CT: A clean freak you mean?

CT: But out of those two then, which do you identify with the most?

SM: I’m definitely not a clean freak like Gaurav. I know everyone wants a nice house, but I’m not obsessed about the cooking or the kitchen aspect of it. I like adventure sports a lot, so I feel more like Rishi. He’s riding motorbikes and jumping off planes and that would be me on any of my days off.

CT: There’s a lot of that action in this film, a lot of fights, car chases and jumping off high buildings. How close do you get to the action? Are you always up for doing your own stunts?

SM: I absolutely tend to do as much as I can on my own. I think that really sells it and makes it feel more real. That was our main intention when making this film too. We wanted to keep the action very believable. None of the stunts that we’ve done in this films are things that you’ll say can’t happen. Even when you see the car going off the building in the trailer, it’s totally possible. If you were in the middle of Mumbai and you’re chasing something on a rooftop and your car flies off a building, where would it get stuck? Well it’s possible it might get stuck in between two buildings. That’s how we conceived it because it’s not unrealistic for that to happen. It’s the same as me going up a building or riding a bike or doing hand-to-hand action; none of the action is out of the ordinary or non-believable. We have very minimal CGI when it comes to the action. 90% of the stunts have been done by me. When you see me standing on top of a 50 storey building in Miami, it’s really me.

CT: How would you really get out of that car if it was wedged between two buildings? What if you don’t have a sunroof?

SM: (Laughs) You have to break the glass and get out through the windows. It’s pretty interesting because we actually built a whole set to film that scene. Hats off to the production and the designers and action choreographers for conceiving this scene. I think it’s a unique sequence.

CT: Worth remembering if you’re stuck in your car between two buildings. So what was it like shooting in Miami? How do you like travelling for shoots?

SM: It was the first time I went to Miami. It was an amazing place to chill, first of all, and it was difficult to concentrate on work. Everyone’s out on South Beach and there’s a great culture of just getting out there. We got some rays on the beach and shot a song there with Jacqueline. It was one of the first shooting schedules we had for this film. We shot a bit of the action there, including the high building and some car chases. Gaurav’s life is based in Miami, so a lot of the exterior was shot there. We also shot his typical American life, going to work every day and his perfect house.

CT: How does it feel when you’re in a great place like Miami but you’re out there shooting a film? Do you get any time to enjoy the culture?

SM: You definitely don’t get much time when you’re shooting so that’s why I took a couple of days off after the shoot and stayed in South Beach.

CT: Where do you like to travel to outside India when you’re not shooting?

SM: My thing is that every year I like to travel to a new city. I don’t want to waste my free time by going to the same places again and again. For instance I love London and New York, but the real adventure is to try out new continents and countries every year. I like to keep mixing it up. I was in Europe last December and I took my first skiing lessons in Verbier in Switzerland. It was a fun, new activity for me. I like to try out new activities on holiday.

CT: Speaking of fun, ‘Disco Disco’ from the film is a great track, with an ’80s theme. Why do you think the retro feel is so popular now for songs?

SM: I think this one stands out because no one’s done an original composition for a Disco song in a while. We’re not recreating anything, it’s all original. The music composers Sachin-Jigar came up with this great melody to make the track fun. Since A Gentleman’s an action comedy and we’re not taking ourselves too seriously, so ‘Disco Disco’ goes with the theme of the film. It’s got a retro vibe, but it’s not spoofy. You can see in the video my boots and jacket are all lit up. I think we’ve got a great looking song and people are liking it so we’re extremely happy.

CT: You’re working with Suniel Shetty in this film, what’s it like when you work with a veteran actor? Is it daunting or does it help you raise your performance?

SM: It absolutely raises your game. He’s one of the most sought after personalities when it comes to action films. He carries himself with a lot of weight. He’s extremely fit for his age and all his experience comes across. He was very sweet and warm and we hit it off from day one. We used to have long conversations about fitness and work and he does so much on the side in terms of business. He really stood out for me. He’s playing like a mentor role to me in the film, but he’s also one of the main negative characters. It’s great if a senior actor warms up to you because it makes it a lot easier for someone like me.

CT: And what about Jacqueline then? It’s the second time you’ve worked with her after Brothers [2015], how does that help with chemistry? Do you feel ready to go or do you need to start from scratch with each film?

SM: Well Jaq and me never shot together in Brothers, so our tracks were completely separate. The only time we really got together was for the promotion, so it was only for a brief time. I actually got to know her better in this film because we shot so much and travelled together. She doesn’t need an ice breaker. She’ll walk in to a room and she’s always happy. That’s something that I admire because she’s never in a bad mood. She constantly gives her best and works with a positive attitude, which is great, and she’s an extremely hard worker. We hit it off in this film and today we have a great friendship.

CT: It’s been said that A Gentleman is the sequel 2014’s Bang Bang with Hrithik Roshan and Katrina Kaif, is that even the case?

SM: No actually it’s not a sequel, that came from Fox Star Studios. In the beginning it may have been a working title at that time, because we were making an action film and we didn’t have a title. I remember on the first day of shooting it was funny because everyone thought it was Bang Bang 2, and the clapperboard was written ‘not Bang Bang 2’. People thought it was a publicity stunt and didn’t believe us and they kept on going on with that title, but it’s nothing to do with Bang Bang. It’s not even the same genre because ours is more humorous. It’s got different writers, a different story and not even the same cast.

CT: What other projects do you have in the pipeline for the rest of the year?

SM: I’ve got loads of projects on right now. I’m just in London currently now shooting for Aaiyaari which is Neeraj Pandey’s next film. The whole team from that film is here shooting, including Manoj Bajpai and Anupam Kher. It’ll be a thriller looking at the Indian army political system. It’s a mentor-protégé film and it’ll be very interesting. Neeraj is a filmmaker I’ve always wanted to work with and this will be his next film directing after MS Dhoni: The Untold Story. After we stop shooting here, I’m going back to India to promote A Gentleman.

CT: When will Aaiyaari be out?

SM: That’ll be out in January 2018, but before that I have Ittefaq, which will be out in November. That’s a murder mystery which is an adaptation of the ’60s Yash Chopra film Ittefaq that starred Rajesh Khanna.