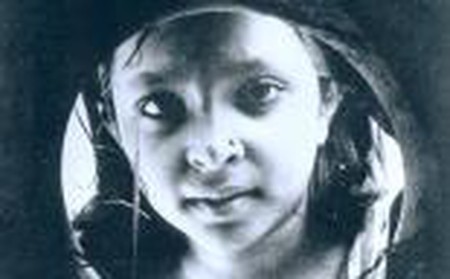 India is a country of diversity and opulence, a country that has enthralled people throughout the years with its mystique and grandeur. Many of its children have found fame and fortune in depicting the life that it envelops, the aura that it holds. Pratiek Sparsh Samantara argues that filmmaker Satyajit Ray (1921-1992) is one such individual.

‘People are born, live out their lives, and then accept their deaths. Without the least effort and without any sudden jerks, Satyajit Ray paints his picture, but its effect on the audience is to stir up deep passions. There is nothing irrelevant or haphazard in his cinematographic technique. In that lies the secret of its excellence.’ – Akira Kurosawa

Very few people in Indian cinema can claim to have ascended the heights that Mr. Ray did in his long and distinguished career. Presented with numerous film festival awards, the lifetime achievement Oscar and the Bharat Ratna (India’s highest civilian honour), he is recognized the world over as a master of his craft. However, film making was not his first love. Satyajit Ray started out as a commercial artist and his initiation in the cinema came about only in his late 20s, when he was introduced to Jean Renoir and the magic of European humanist movies. Subsequently all his works communicated an emotive interpretation of the human condition and an impassioned telling of the most mundane facets of Indian culture.

This, to me, is a most fascinating portal into the man’s work as a director. Late in his life, when an interviewer had asked him for the best technique of film-making, he had replied that it is one that is not conspicuous, not noticeable. ‘It is a poor film, which draws attention to style, rather than content.’ His movies lacked any flashiness, any immoderate editing or pulsating scores. But the stories he told were very articulate representations of ordinary life, of ordinary people. In the end, Ray was a storyteller, and he did just that: tell stories, with high disregard for embellishments. His crew would often comment that most of his editing took place in the camera, and he was very, very certain about the scene he wanted to shoot. Technique was merely a means to a humanistic end.

His cinematic oeuvre is of a lucid character, with mystically simple narratives that operate on multiple levels of interpretation. Perhaps this is why some critics render his movies as clumsy, or cluttered with inconsequential dialogue. But this very linear, neo-realist approach to filmmaking is what sets him apart from other directors, both his contemporaries and successors.

Born during the peak years of India’s freedom struggle, Ray was greatly influenced by Rabindranath Tagore’s literature. He explained the structure of his films as being influenced by India’s cultural make up at that time, which was a fusion of the east and west. In order to fully comprehend the medium of films at large, he said, one needs to be familiar with the West and Western art forms. ‘Film, as a mode of expression, and the very concept of an art form existing in time was a western concept, not an Indian one.’ This is mostly why his films resonated far better in the west than they did in his motherland. Jingoists often derided his work and called them a mere romanticism of India’s poverty. This shallow critique, however, reveals that even his staunchest critics found the embodiment of truth in his stories.

He is largely remembered as the consummate auteur, having dabbled in nearly all the aspects involved in making his movies. His most famous contribution to world cinema was Pather Panchali, the first movie of the Apu Trilogy. It was an incisive foray into colonial village life in Bengal and artfully depicted sombre Indian traditions and mores. Beautifully captured from the eyes of Apu, its child-protagonist, it depicted the joys, angst and sorrow of growing up in rural, famine-stricken Bengal. A personal favourite amongst his many movies is Shatranj Ke Khiladi (Chess Players). It is a masterfully executed tale of two kings engrossed in a singular game of chess, while their kingdoms are quietly snatched away from them by the British.

To this day, his movies are revered throughout the Indian and international film making community, with directors of the calibre of Martin Scorsese and Danny Boyle citing him as an inspiration.