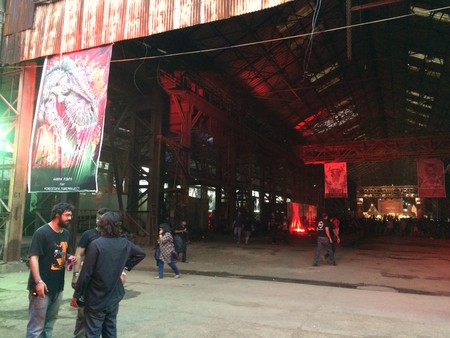 For the world over, Mumbai is synonymous with Bollywood and Hindi pop music. However, layered underneath this dazzling display of Eastern showbiz is a dynamic and widespread heavy metal underground, which is being expanded upon even further by the new wave of home grown city bands. Adding fuel to this tsunami is the growing interest being shown by renowned international acts, who are now choosing to stop by Mumbai and play for throngs of heavy music lovers.

The year that was

2015 was an explosive feast for a number of rock and metal fans who populate India’s financial hub. While there have been various artists, both domestic and international, who have visited the city in the past (like Iron Maiden in 2008), the scale of events in 2015 was at an unprecedented level. What really started things off was the razor sharp two day music festival known as Big 69 that took place in January. There was a bevy of home grown metal acts who displayed their chops and artistic skills by shredding, pounding, screaming, and beautifully elevating the spirits of many to the stellar heights of ethereal bliss. For many admirers who have followed and kept a close watch on the rock and metal underground, this was indeed a dream come true.

The magic didn’t stop there. Later in the year, around October, Mumbai was treated to the Harley Rock Riders festival, where the closing act for the first night was the legendary band Megadeth. The stark visuals, the wailingsounds of Dave Mustaine’s vocals and the drive of his band in that ominous arena will remain frozen in many minds and hearts. Equally noteworthy to mention was the diverse crowd consisting of non-Mumbaikers and non-Indians, who shared an added sense of excitement and surprise while witnessing the style and sophistication of many of the city based bands that played across two different stages. 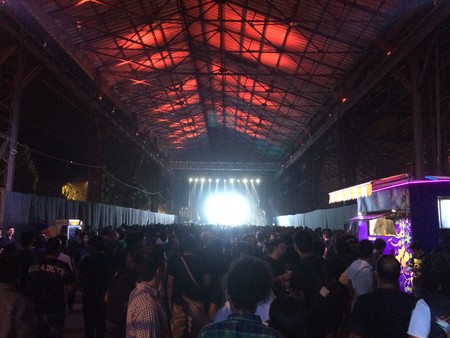 Continuing the momentum of the mighty rock and metal machine in 2016, fans were treated to a concert by rock icon Slash and his band, Myles Kennedy and The Conspirators, in early November. Needless to say, not only was the event epic , but the place where it was staged, the Reliance Jio ground at the Bandra Kurla Complex (BKC), allowed fans to get an even more elevated experience. 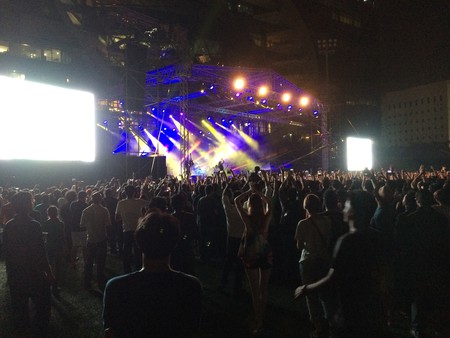 Although Mumbai has always been said to have a lack of interesting concert and gig venues, there have been interesting changes occurring that are offering both fans and musicians opportunities to engage with one another. For instance, the Big 69 gig was hosted at Richardson and Cruddas, which is a famous and now largely dysfunctional steel mill factory that sits in the eastern suburb of Byculla. Once used to produce railways lines that ran across Mumbai, its foreboding tall metal support columns and sloping tin roofs make it the perfect venue for metal junkies to savor this music at full volume without any concern of local residents or neighboring buildings being disturbed. In a similar vein, the Reliance JIO grounds at BKC was designed as an upscale venue that offers a range of facilities for both artists and fans alike, making the experience even more enjoyable. Furthermore, although they’ve been around for several years, venues like the Hard Rock Cafes (located at Worli and Andheri West) and the ever famous Blue Frog host a range of events from tribute nights to album releases to mini multi-billed concerts.

Parallel to this, it is interesting to note that the organization of these gigs is top notch. For the past decade, there has been a significant number of young aspirants and rock aficionados who have challenged the norms (literally) and poured their blood, sweat and tears into creating and hosting gigs, music clinics and festivals that would rival some of the best in other cities around the world. 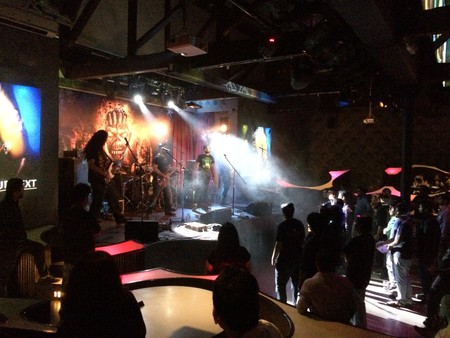 Related to this eruption of musical activities is the sheer scale of talent of the local rock and metal community here in Mumbai. While mainstream pop culture and Bollywood have significantholds over listeners, there is a high level of diversity of taste and ability that exists amongst local bands. In recent years, they have gotten bolder and more adventurous with their music and in many cases taken their act to international markets. This, of course, has evolved over time — tracing the local scene to the start of the early 2000s, the standard was that most bands would have their set lists dominated by cover songs, although occasionally they would be courageous enough to play two or three original compositions. However, numerous bands today have shied away from that trend and play their own music. Furthermore, with the onset of digital and social media as well as the availability of better instruments, instruction kits and a robust media network focused on all things rock and metal, local bands have a lot more going for them than their counter parts over 15 years ago. The stage is set in 2016, where the city’s best are waiting to write a new chapter and build further on their legacy, transforming ‘Mumbai’ to ‘Metal-bai.’ 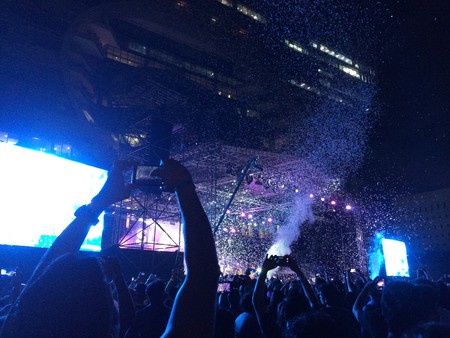