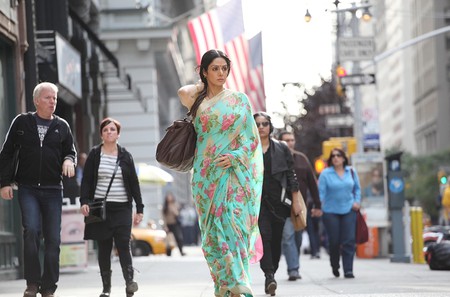 Actor Sridevi, rightly known as the first female superstar in Bollywood, died after a cardiac arrest in Dubai on Saturday. The 54-year old’s untimely death has left millions in India absolutely heartbroken. Tributes have continued to pour in from both fans and fellow Bollywood actors, showing how beloved Sridevi was. Here’s a look at her extraordinary career, which started at the young age of four.

Born on August 13, 1963, in Sivakasi in Tamil Nadu as Shree Amma Yanger Ayappan, Sridevi entered the world of acting when she was just four years old, appearing in the Tamil film, Thunaivan. Blessed with incredible acting mettle, she continued receiving roles in several South Indian films and even bagged the Kerala State Film Award for Best Child Artist for the 1971 film, Poompatta.

Her first foray into Bollywood was in Julie in 1975, where she played the younger sister of the lead female actor. A year later, she received her own leading role in the Tamil film, Moondru Mudichu opposite two of the industry’s top actors, Rajinikanth and Kamal Haasan. Even amid such outstanding company, Sridevi managed to hold her own and her performance received wide acclaim. 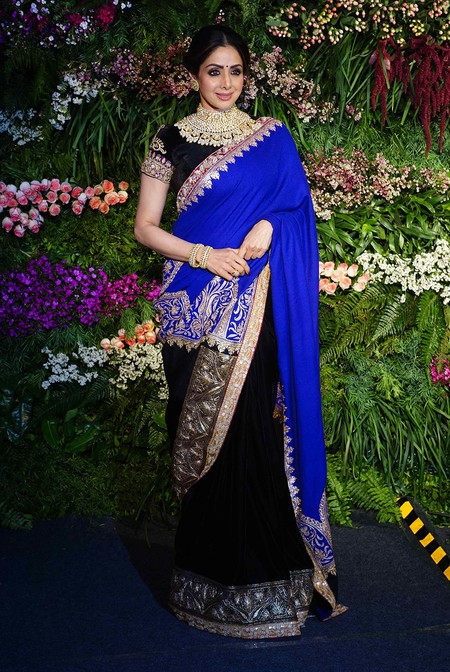 The year 1983 was when Sridevi really arrived in Bollywood. She appeared in Himmatwala, opposite star actor, Jeetendra, and the film went on to become one of the biggest hits of the year. The song, Nainon Mein Sapna, from the film, still continues to be much-loved and is especially remembered for Sridevi’s glittering costume and dance number.

The second film Sridevi appeared in that year was Sadma. While Himmatwala was an out and out potboiler, Sadma is the story about a woman who suffers a head injury after a car accident, which leaves her with a mind of a child. Two diverse roles, two super hits — Sridevi, as popular magazine, Filmfare, had called her, was now ‘Unquestionably No.1’.

What is truly amazing about Sridevi’s rise to fame in Bollywood is that she entered the industry at a time when it was completely male-dominated. Female-centric roles were few and far between and it was always the male lead who shouldered any film’s success. With Sridevi’s arrival, things started to shake up in Bollywood like never before. Her name alone would draw in millions of people to the cinema. Such was her magnetism. Sridevi’s dedication and talent were an inspiration to a whole generation of female actors who followed in her footsteps.

Some of her most notable films from this era include Mr. India (1987), Chandni (1989), ChaalBaaz (1989) and Lamhe (1991). She could have gone on to make more blockbusters, but Sridevi decided to become a full-time mother after marrying film producer, Boney Kapoor. This was the latter’s second marriage.

A long hiatus and a stellar comeback

Sridevi was reportedly the highest paid female actor in Bollywood when she took a break from films in 1996. While she may have stepped out of the limelight, her enduring charisma was never once forgotten by her fans.

After a 15-year hiatus, the star made a stunning comeback in 2012 with English Vinglish. She played a housewife struggling to earn respect from her family for her lack of English speaking skills. Her successful return to Bollywood may have been expected by many, but no one anticipated the massive impact it would make on critics and fans alike. Sridevi was praised for eclipsing her younger counterparts and once again proving that a successful film does not require a male star. Variety even compared the actor to Audrey Hepburn.

In her fruitful career, Sridevi was nominated for 10 Filmfare Awards, out of which she won five. She was also the recipient of the Padma Shri Award in 2013, the fourth-highest civilian honour in India.

The last film the acting legend was seen in was Mom, in 2017, where she plays a woman determined to avenge a horrific crime against her daughter. Her performance, once again, was very well received. This was Sridevi’s 300th film and sadly, her last one.

On Saturday, February 24, 2018, Sridevi’s demise left a huge void in Bollywood. She was in Dubai with her family to attend her nephew’s wedding, when she suffered a sudden cardiac arrest. She is survived by husband, Boney and daughters, Jhanvi and Khushi.

In fact, her death comes at a time when Jhanvi’s debut movie, Dhadak’s release is just around the corner. Incidentally, Boney’s first wife, Mona, also passed away just weeks before their son Arjun’s first film was set to hit the screens.

An outpouring of grief

As soon as news broke about Sridevi’s death, Bollywood stars began sending messages and paying homage to the actor.

Nothing makes sense. I have no words.. just completely shocked. RIP Sri Devi. My icon forever. Love you.

I have no words. Condolences to everyone who loved #Sridevi . A dark day . RIP

Thousands of adoring fans have gathered outside her home in Mumbai and many have left flowers to pay their respects to the icon. Sridevi may have left, but her memory will live on forever.