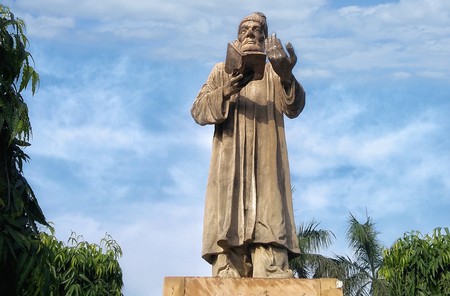 Mirza Asadullah Khan Ghalib was a famous Urdu and Persian poet whose thoughtful lyrics continue to inspire readers around the world. Here are nine things you need to know about the man, his work and his legacy.

He saw death at a young age

Ghalib was born in December 1797 in Agra, Uttar Pradesh. His father, Mirza Abdullah Beg, died when he was five years old. After living with an uncle, who passed away when he was eight, Ghalib was raised mostly by his aunts.

He began writing poetry at the age of 11

There isn’t a definitive record of Ghalib’s early education, but it’s said he started writing poetry early in life, around 11. He wrote in both Persian and Urdu and was known for his spontaneity and quick-witted verses.

He was married at the age of 13 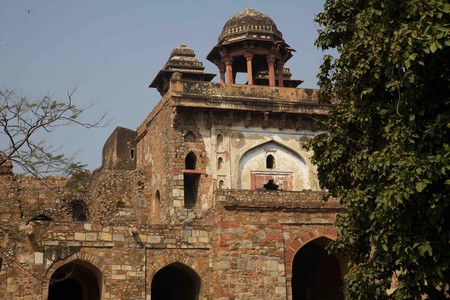 He had a famous encounter with Ustad Zauq

The rivalry between Ustad Zauq, the royal poet of Bahadur Shah Zafar, and Mirza Ghalib is legendary. Once when Ustad was passing by, Ghalib allegedly mocked him with verses: “Now that he is a king’s companion, he roams around conceitedly.” The emperor asked Ghalib to explain himself, and he immediately said it was the first line of the last couplet of his latest ghazal. Ghalib, quick on his feet, composed a whole ghazal on the spot, one of his most famous ones, and recited it to applause.

He mocked himself in his poetry

Drinking and gambling were his vices, even though gambling was considered an offence during those times. Ghalib was aware of his flaws, and incorporated these lightheartedly in his works: “These words of wisdom, your words Ghalib! / We would have thought you wise, if you weren’t a drunkard.”

He predicted his own enduring legacy

Before his death, Ghalib wrote verses about how he would be remembered, which are hauntingly accurate: “It’s been a long time since Ghalib died, but he is still remembered. / For always saying what if this or that had happened.”

Ghalib died in New Delhi on February 15, 1869. His rented house in Gali Qasim Jaan, Ballimaran, Chandni Chowk, Old Delhi, has now been turned into the Ghalib Museum in which you can learn about everything from his food habits to how he dressed.

His tomb is in New Delhi, India

Tucked away on the eastern edge of densely populated Nizamuddin Basti, surrounded by delicate stone latticework, lies Ghalib’s tomb. Nizamuddin Basti, named after Saint Nizamuddin, is dotted with graves of many high-ranking people, as it is considered auspicious to be buried near a saint. 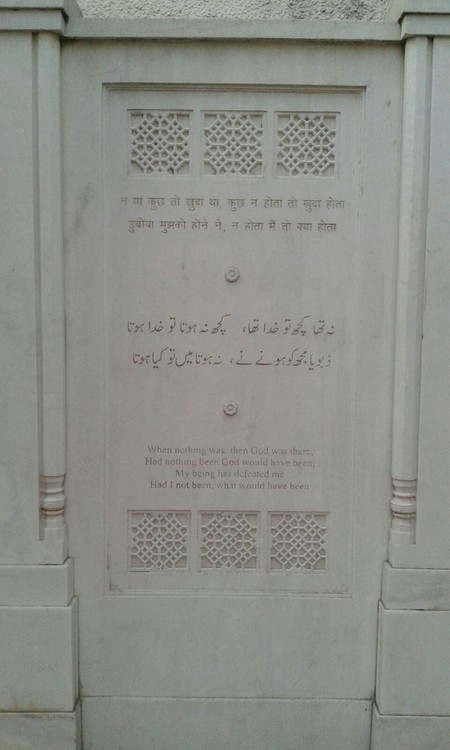 There, you can read his most famous and moving verse

Beautified with marble inlays and red sandstone, the grave is a fitting resting place for one of South Asia’s most renowned poets. Ghalib’s famous verse is inscribed on a marble slab in Hindi, Urdu and English translations: “When nothing was, then God was there / Had nothing been, God would have been / My being has defeated me / Had I not been, what would have been.”