It is almost impossible to find someone in India who has not heard of Malgudi or its creator, R.K. Narayan. Widely regarded as one of India’s greatest 20th-century English writer, Narayan is as relevant today as he was during the early days of Indian-English literature. The Culture Trip looks at a little known aspect of the writer’s early life. 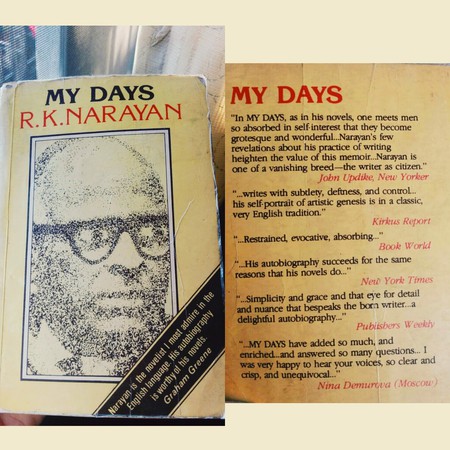 Especially popular with children, Narayan is best known for his works set in the fictional town of Malgudi in South India – works that continue to enthrall readers of all ages and from the world over. Most people would be unaware that a career that spanned seven decades began with a failure in English (yes, English!) at the university entrance examination.

Narayan has described this situation in his autobiography, My Days, which was published in 1974:

‘I had expected to fare ill in physics and chemistry, both of which defied my understanding … On the contrary, I had failed where I was most confident – English. I failed so miserably and completely that everyone wondered if I was literate at all.’

Narayan was a victim of the injustices of the ‘question-setter’ (who in Narayan’s words must have been an abnormal explorationist), a common phenomenon still prevalent in India’s archaic education system.

Thus, with time on his hands – he had to wait for another year to retake the examination – Narayan spent his days exploring the heights and depths of Mysore, spending the leisurely hours observing nature, reading and writing. Having no inkling of the fame that would be his, it is touching to read his autobiography in which he describes the first 20 years of his career. As is the case with most middle-class families, upon graduation, Narayan was left with little choice but to pursue a day job. However, he had decided to live the writer’s life early on and miraculously never let himself be led astray. In the time period after his graduation, and before his first job as a teacher in a government school, Narayan bought an exercise book and penned the first few lines of what would be a long and wonderful literary journey, one that began with Swami and Friends.

Like any novice writer, he was almost certain that he would be welcomed with open arms into the literary world and highly praised for his contribution! A few mandatory rejections at the hands of established and influential literary editors such as J.C. Squire among others in the early stage of his career and the ongoing struggle he faced to make ends meet as a journalist is, overall, a humbling read. All of this told with the classic humor and recalled in a matter-of-fact tone makes Narayan’s autobiography a must-read for any ardent fan. Narayan went on to write 15 novels, several short stories, and also undertook retelling of the Indian epics and mythology, apart from penning several essays – leaving behind a rich body of work.

Narayan’s story is inspiring for all kinds of writers, whether starting anew or having already found recognition. Known as a writer’s writer, there are many lessons that can be taken from his life and writing, key among which is the ‘Art of Omission’ – a skill revered in the world of art. For a reader, Narayan spins around his characters such a visceral experience that could warm any hardened soul and leave one with a new perspective on things simple and ordinary. His stories are unpretentious and accessible to all; his lucid style and sense of humor that could canvas a wide range of emotions embraces the uninitiated instantly. It is little wonder that R.K. Narayan is one of the most loved writers and probably will be counted as one of the greatest for years to come.