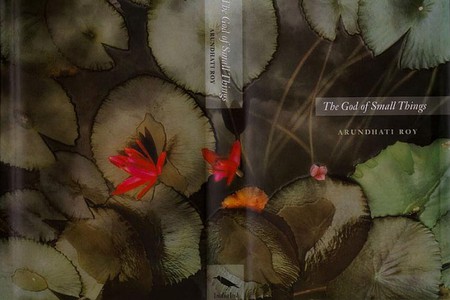 It is difficult to produce a commentary on one of the keenest and most vociferous socio-political commentators and writers of our time. Is she an extremist? Is she a revolutionary? Is she a radical? We explore Arundhati Roy’s multifaceted reputation.

Just this excerpt from a conversation with Edward Snowden betrays how extremely Arundhati Roy is perceived:

It’s easy to see that she takes these tags in good humor, unless of course, they are used by the authorities.

Roy is a contemplative critique of our democracy and its failings. She has written essays about the Gujarat riots and the alleged complicity of the state, the status of minorities, the Kashmir issue, the acidic effect of draconian laws like AFSPA and POTA, the civil war (naxalism) and its causes, the Narmada movement, and the role of corporates, capitalism, globalization and the free market in creating today’s degenerated pastiche of a democracy. As she herself claims, she presents an ‘underview’, rather than a panoramic view of these issues.

To read Arundhati Roy, it is important to understand where she is coming from. She describes her essays as “urgent, public interventions at critical moments in India.” These essays, hence, are reactions and responses to events of a social and political nature that have outraged her conscience. This particular journey started with her discomfort at being trotted and showcased as the new pin-up model of a modern, globalized, capitalist India after she had just won the Booker. Her first intervention came as a response to the nuclear tests in the form of The End of Imagination in 1998. As a highly celebrated public figure at that moment, she felt that for somebody in her position, not speaking up was as political as speaking up. This was followed by her association with the Narmada movement which also spawned ‘The Greater Common Good’ and furthered her transition from a writer of fiction to a ‘writer-activist’. But she argues that it has always been the job of a writer to question, argue and provoke thoughts, which sadly has been forgotten in the scramble for best-sellers. As she remarks in an interview, ‘To call someone like me a writer-activist suggests that it’s not the job of a writer to write about the society in which they live.’

Arundhati Roy: Who is she when she’s at home?

Arundhati Roy has been working on her second novel for the last few years. She sees herself as a writer of fiction, as repeated often in her interviews, articles and essays. She has written three screenplays, including the screenplay for In which Annie gives it those ones in 1989, for which she received a National Award for Best Screenplay. The centerpiece of her writing career, however, is her most known work, her debut novel, The God of Small Things, for which she won the Booker prize.

It is not just from the perspective of success and recognition that this acclaimed novel forms the centerpiece of her oeuvre. The God of Small Things is a seminal and definitive work that represents not only her writing style, but her thought process and her motivations as a writer.

One recurring leitmotif across her writings is that of love, loss, and longing. That is where her moorings are strongly entrenched. While remembering her rendezvous with Ed Snowden and Daniel Ellsberg, she muses that the memory that flashes first in her mind is that of a weeping Daniel Ellsberg, distraught at what the United States has become: a country whose ‘best people’ must either go to prison or into exile. ‘Daniel Ellsberg’s tears made me think about love, about loss, about dreams—and, most of all, about failure’, she reflects. In The Great Indian Rape Trick, an early piece in her career predating The God of Small Things, she lambasts the director of Bandit Queen, Shekhar Kapoor, for reducing Phoolan Devi’s life story to a mere classy version of the regular Bollywood rape-and-retribution saga. “Phoolan Devi’s first war, like almost every dacoit’s first war, was fought for territory,” she proclaims, referring to Mala Sen’s book India’s Bandit Queen: The True Story of Phoolan Devi; it is loss that drove Phoolan to dacoity.

The themes of love, loss, and longing form the bedrock of The God of Small Things. The book unravels like a personal tragedy, with a sense of impending doom throughout. It involves 8-year-old twins innocently grappling with losses they can’t even understand, carrying their pain for 23 long years as they slowly come to terms with it; it involves a love affair between a low-caste ‘Paravan’ and a high-caste divorced mother of two that ends tragically; at its kernel, it constitutes of a love mangled in the labyrinth of caste system, ‘familial values’, hypocritical societal mores, communism and political ambition.

“Only that once again they broke the Love Laws. That lay down who should be loved. And how. And how much.”

As love and laws entwine, you realise that it is the individual’s love, loss, and longing that leads Roy to the social, which, inevitably gets interspersed with the political. It deconstructs how tribes within the country are transformed into ‘terrorists’; how the market-driven, ‘mutated’ democracy fails its lesser-privileged citizens. It indicates how the nation cannot be separated from its individuals. It hits right at the centre of the nationalism and anti-nationalism debate.

Arundhati Roy is aware of the power of poetry. She is a compassionate writer armed with searing, lyrical prose. She employs metaphors and similes, runs words into each other, breaks them and pieces them together like an architect (employing her formal training as one), and even invokes the writings on the back of trucks! While sometimes these are merely literary devices to depict childlike imaginations and interpretations of words and realities, at other times, they are used to affect an escape from reality: a reality that constitutes a dead cousin, violent police, and sexual abuse at the hands of a man who sells ‘orangedrink lemmondrink’ at the cinema. In fiction, or otherwise, her characters hide and encapsulate the real pain of real people. 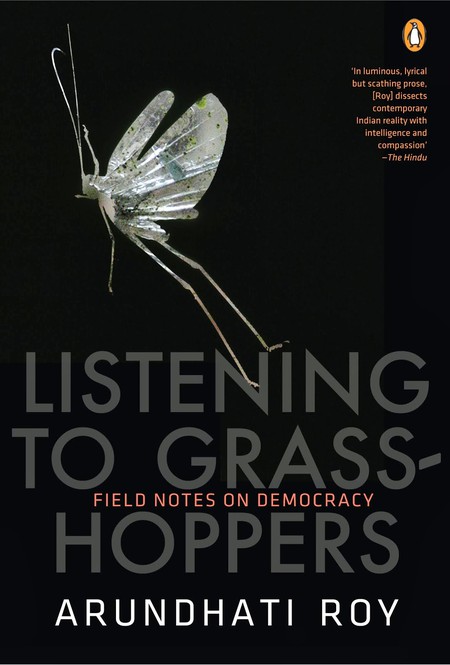 Extremist? Radical? Revolutionary? Anti-national? Would it be too radical to moot the idea that she is just a fierce humanitarian?

An article on Roy could be split into separate sections dealing with her fictional and non-fictional works, early writings, writing style, and so on. But that kind of reductionism and pandering to unnecessary rules in order to cater to the consumer would be contrary to the values of Arundhati Roy. In literature, as in life, there are no boundaries, as she says. ‘Writing is an intuitive process. Generous writers leave you with the memory of the world they evoked’. This is an evocation of the world of Arundhati Roy, and there’s a high chance that she would not approve.