Why Rajmachi Fort in India is a Nature Lover's Paradise 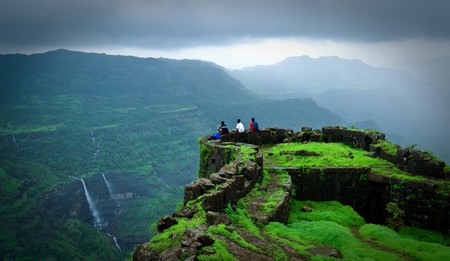 Nestled above the popular twin hill stations of Lonavala and Khandala in Maharashtra, Rajmachi Fort is one of the most popular and frequented treks in the Sahyadri Hills. While its breathtaking natural beauty and stunning landscape appeal to nature lovers and adventurers alike, its impressive architecture and historic charm draw in history buffs as well. Here’s everything you need to know about this spectacular historic and natural masterpiece.

The Rajmachi Fort is one of the most fascinating historic structures in the Western Ghats that has witnessed the rule of several kingdoms. Though the fort lies in ruins, its every nook exudes an old-world charm and reminds visitors of its glorious past.

The fort was built by the Satavahanas but gained its fame under the rule of Shivaji Maharaj, who took over the fort in 1657. Shivaji Maharaj fortified and expanded the fort by adding several structures within the premises. In 1704, it was captured by Mughal Emperor, Aurangzeb, and the very next year, it was under the control of the Marathas. In the 18th century, it served as a major trade route, connecting present-day Mumbai and Pune. In the 19th century, the British took over the fort from the Marathas. And, soon after India gained independence, the fort was declared a ‘protected monument’. 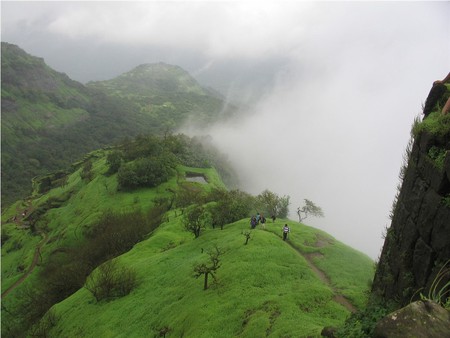 One of the most appealing features of the fort is its brilliant architecture, which is a blend of different architectural styles brought by several kingdoms that reigned over it at different periods of time. This imposing structure has secret gateways, sturdy walls, water reservoirs, residential units, administrative centres, temples and two citadels built in an Indian style: Manaranjan Fort and Shrivardhan Fort. The Shrivardhan Fort has the highest viewpoint and sits at an altitude of 914 metres, offering unbeatable vistas of the area, while the Manaranjan Fort is nestled at an altitude of 833 metres and offers equally breathtaking views. 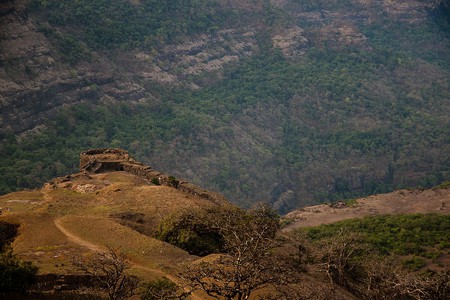 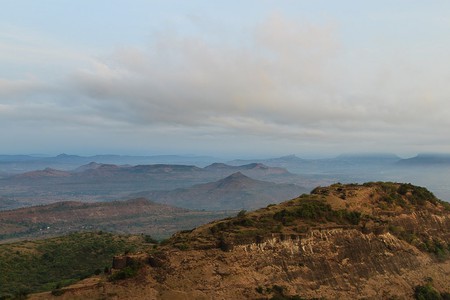 The temples within the premises are also worth checking out. Some of the best ones include the Hemdpanti-style Shiva Temple and the Kal Bhairav Temple, nestled on a gorge between the two citadels. 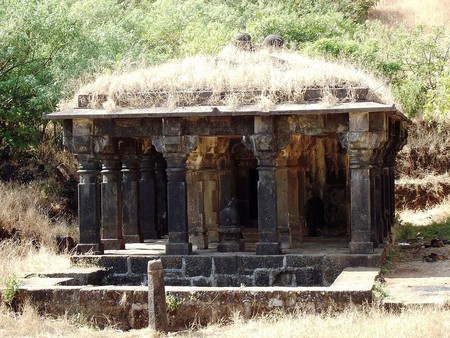 Another highlight is the Kondana Caves, a group of 16 Buddhist caves located just a stone’s throw away from the fort. Dating back to the 1st century BC, these caves are stone-cut structures, complete with intricate carvings, pillars and waterfalls that enhances their beauty. They can be reached by foot while descending the Rajmachi Fort. 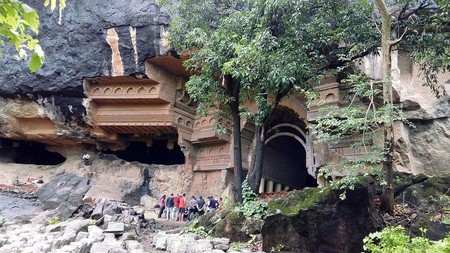 There are two hiking routes to Rajmachi Fort – one is easy, while the other is slightly tougher. Choose your desired route depending on your fitness level.

The easiest one is the route that runs via Lonavala. It is a one-day trek, which can be extended to two days, should you wish to camp in one of the two citadels. It is a well-marked 10-mile long trek and most of the route is relatively flat, flanked by the lush greenery on each side. The trek begins from the village of Udhewadi and culminates with a stunning view of the fort and its surroundings, complete with lush green hills, valleys and forests. On your way back, make sure to visit the Kondana Caves that fall along the way. The trek via this route can be done without a guide.

Pro Tip: If you wish to stay for a day or two to explore the fort’s neighbouring areas, there are Homestay options available in Udhewadi. 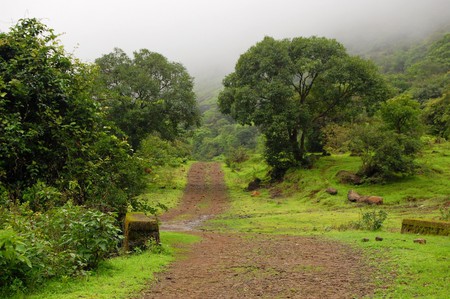 The other route runs through Karjat. It’s also a one-day trek, which can be extended to two days (if you wish) and is best described as moderate. The route is rocky, passing through small streams and waterfalls. The base village is Kondivade and the first stop on this route is the Kondana Caves, where you can spend some time exploring and marvelling at its stunning beauty. We suggest having an experienced trekker along on this route. 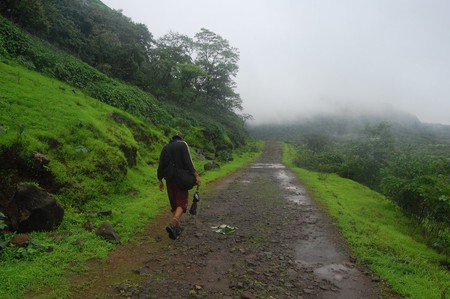 Tips for the trek

The nearest railway station is the Lonavala railway station. Many trains operate from Pune and Mumbai to Lonavala, and from there, you can take a cab/taxi to reach the base village of Udhewadi. It is also easily accessible via road from Mumbai and Pune.

Good grip trekking shoes are a must. Also, a personal medication or first-aid kit, a water bottle (two litres), toiletries, dry snacks and energy bars are essential. If trekking during monsoon season, pack a rain jacket or an umbrella. 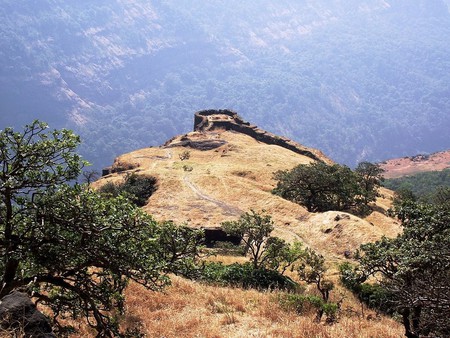 Trekking to Rajmachi Fort is available throughout the year. However, most of the trekkers prefer taking in the glorious landscape during monsoon season (June-September), which is perhaps the peak trekking season. During this time, the route is enveloped in lush greenery and a myriad of temporary waterfalls and sparkling streams, which appeal to nature lovers and adventurers alike. If you’d rather enjoy its beauty in solitude, do the trek outside of these months.

Although it is possible to do the trek alone (via Lonavala), it is best to go with an organized tour. Several tours are available that cover everything, from transport to guides and camps. Some of the best ones include Mumbai Travellers, Thrillophilia and Treks and Trails. 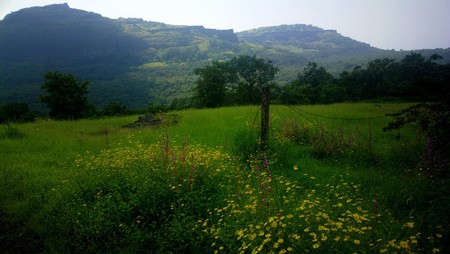