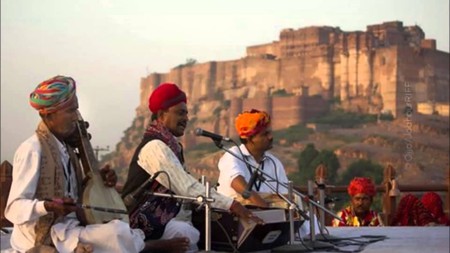 The mere mention of folk music brings to mind the melodious Rajasthani folk songs. Rajasthani folk music is immensely popular and is appreciated all over the world, but what makes this music so special? The answer is unique primitive-looking musical instruments and, most importantly, the contribution from music “Gharanas.” 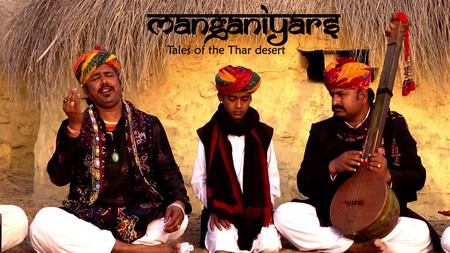 This brief introduction to Rajasthani folk music will take you through the basics of the melodies and techniques that have captured the hearts of music fans all across the globe. Let’s start with a few types of Rajasthani folk musical instruments that are frequently used:

• The Sarangi, Rawanhattha, Kamayacha, Morchang and Ektara are the popular Rajasthani folk instruments of the stringed variety.

• Different shapes and sizes are present in percussion instruments, from the huge Nagaras and Dhols to the tiny Damrus. Festivals like Holi witness The Daf and Chang.

• Under the flutes and bagpipes category, Rajasthan excels with instruments such as Shehnai, Poongi, Algoza, Tarpi, Been and Bankia. 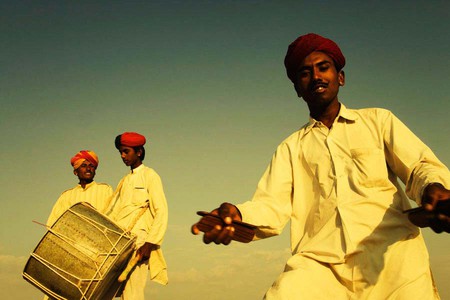 All these instruments, although quite exotic on their own accord, turn to gold and enchant music lovers to no end when they are in the trained hands of the talented Rajasthani folk musicians. Owing to the diversity in Rajasthan, the contributions to its folk music come from almost all parts of the grand state. Most famous among them are the Mirasis and Jogis of Mewat, Manganiyars and Langas, Kanjars, Banjaras and Dholies. Performances like the Kuchamani Khayal, Maach, Tamasha, Rammat, Nautanki and Raasleela are equally revered.

Manganiyars and Langas are the most prominent ones who are known for their unique style of music worldwide and can be seen performing in their traditional attire with colorful turbans. Indeed, they are so popular that you’ll find them performing all over the world.

Another intriguing thing is that the Manganiyars and Langas only sing specific ragas at specific times of the day, specific seasons and have different ragas and songs reserved for all occasions such as weddings, births, etc. Apart from locally inspired lyrics to songs that have been passed down through generations, the Rajasthani folk artists also master the art of devotional folk music, with compositions by the likes of Kabirdas, Surdas, Tulsidas and Meerabai. Sufi renditions by the Rajasthani folk artists are a complete pleasure, and Bulleh Shah, Amir Khusro and Latif are amongst the most popular Sufi inspirations.

Manganiyars have expertise over percussion instruments like Dholak and Khadtal, whereas Langas are known for Sarangi, Murali, Surnai, etc. Their musical compositions are very complex and have improvisatory rules build into them. Both of these groups travel widely all over the world for performances and carry the essence of Rajasthan.

A delight to hear are the young Rajasthani folk musicians, almost five-six years of age, who are often seen performing on stage with the group. These are the little musicians in training who will take the family tradition forward in the future. They hail from the western parts of state – parts of Thar Desert. 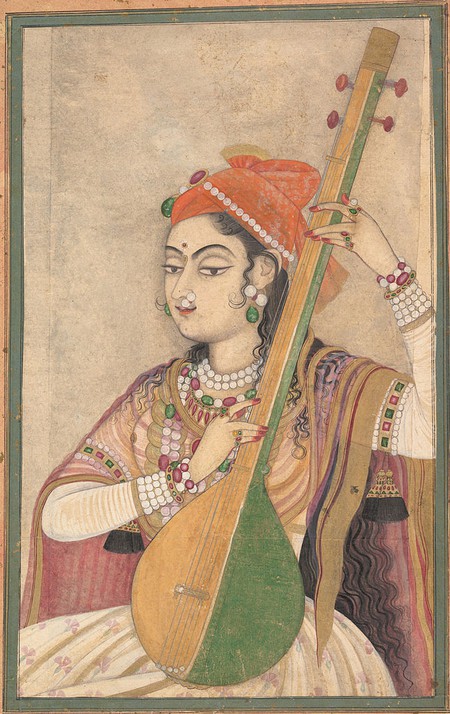 The latest feather in their caps is the amalgamation of their music and instruments with many mainstream musical styles like house music, electro music, etc. All in all, Rajasthani folk music has a history so deep that one article can’t do it justice. This, however, is an attempt to appreciate the melodies of our childhood, of the songs that speak the language of the heart.