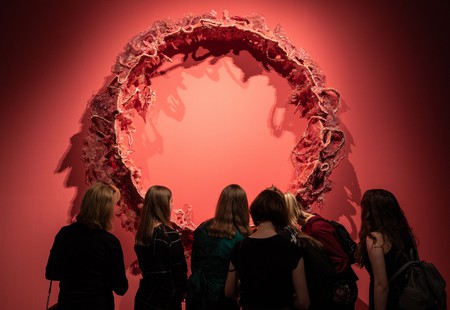 Facing India is the first exhibition in Germany to present the perspective of six female Indian artists on the country’s past, present and future.

Although India’s society appears to be pluralistic, tradition and progress – like in many countries – are still at odds with one another. Facing India at Kunstmuseum Wolfsburg explores a country that is “profoundly marked by patriarchy” from the perspective of six female artists. 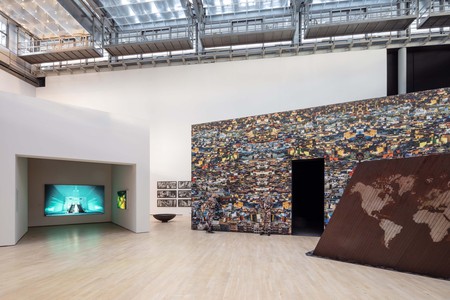 After multiple trips to the country over a two-year period, curator Uta Ruhkamp developed the concept for Facing India. Seeking to avoid an overt feminist statement, Ruhkamp has created a visual discourse between six strong and different protagonists, each concerned with border disputes, whether they be territorial, religious, cultural, social or philosophical.

As the only artist of the diaspora – she was born in London but has lived in Delhi since 1992 – Kher holds a unique position with a dual perspective of India. Feminine rituals and associated daily attire such as bindis and saris feature within her work, which questions the traditions of material and gender politics. In Six Women (2013-15) Kher paid six sex workers from Kolkata to pose for her. The result is a powerful line-up of life-size sculptures which consider the physical and emotional treatment of the body. 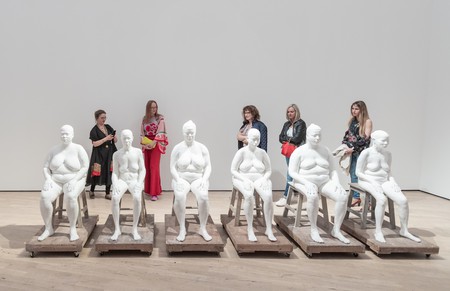 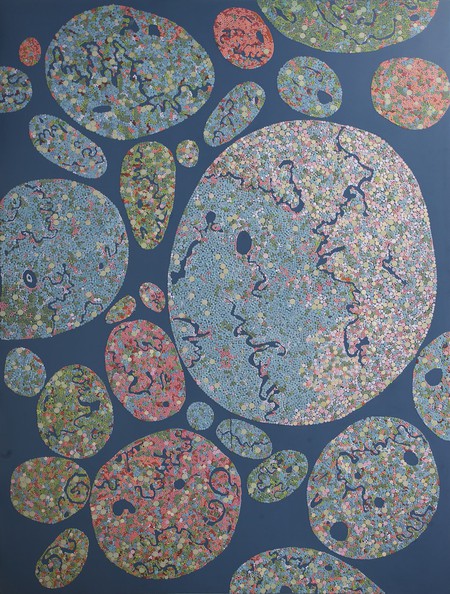 Intrigued by the conflict between tradition and technology associated with the home and in particular the kitchen, the youngest artist featured in the exhibition subverts these spaces to broach outdated ideologies and political issues. Potnis appropriates the interiors of utility white goods, placing escalators inside a refrigerator and adapting a cooker’s valves into small grenades. 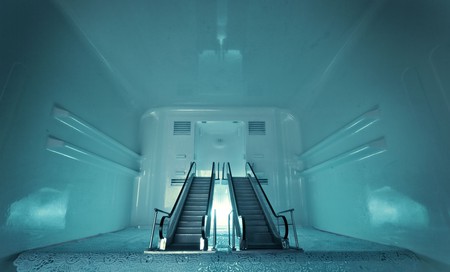 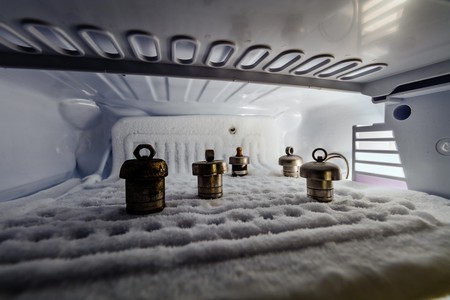 Galhotra’s practice centres around what it means to exist in the Anthropocene, our current geological age which has been determined by human activity. From the polluted sacred Yamuna River in northern India to the anti-pollution masks that have become everyday wear, Galhotra surveys the irrationality of globalisation and the impact of rapid urbanisation. 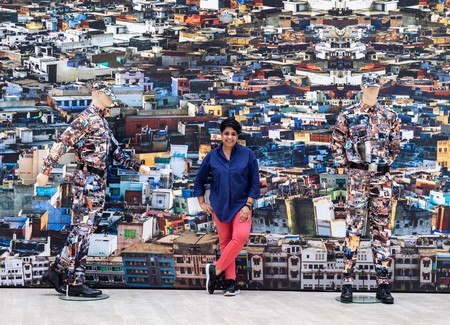 Vibha Galhotra with her 'Neo Camouflage' (2008) | © Courtesy of the artist. Photo: Marek Kruszewski 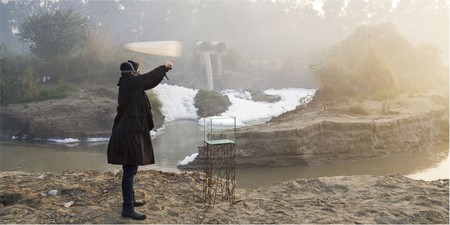 Barbed wire features heavily in the Mumbai-based artist’s practice. Created from electrical wire (a form of communication), it symbolises both a dividing force as well as a potential unifier for territories with disputed borders. From tracing global migration routes in Woven Chronicle (2016) to her series of drawings that resemble botanical or zoological studies in Hyphenated Lives (2015) which marry species and plants of countries with border conflicts, Kallat seeks to reconcile historical barriers. 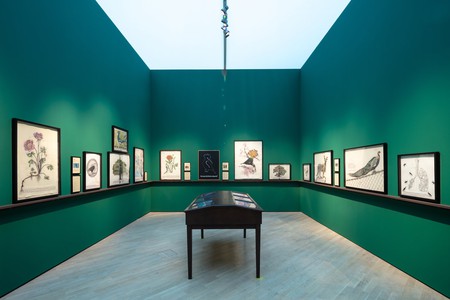 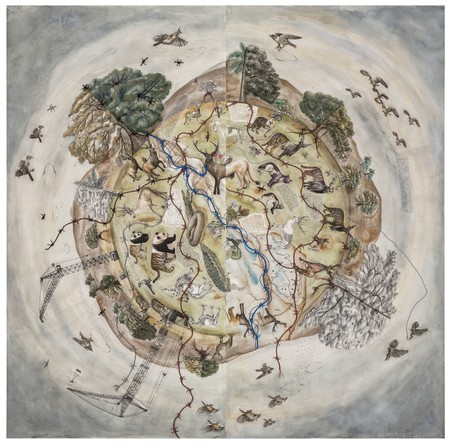 Sen’s multifarious practice critiques privilege, hegemonic order and the hierarchies of sexes and ethnicities. In her Museum of Unbelongings (2018) a circular vitrine encases various objects Sen has been collecting all her life which form an archive of an egalitarian existence, while in Border Unseen (2014-2018) she uses teeth and dental polymer to symbolically entangle and dissolve the boundaries between men and women and, more provocatively, social groups. 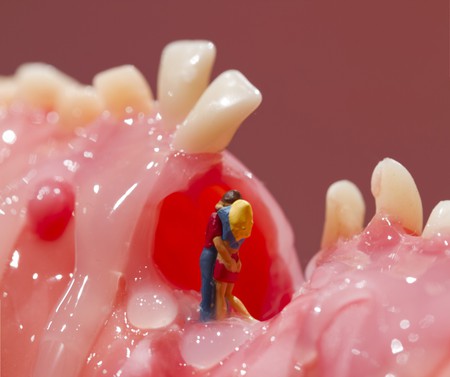 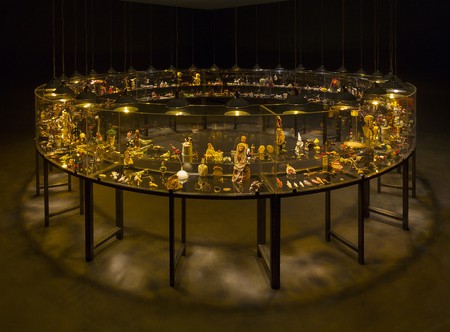 An advocate for a taboo-free society and social justice who has worked with Bombay and Bangalore’s Hijra (MTF transgender) community, Shah’s radical work is inspired by divergent influences, including Buddhism and both queer-feminist and post-porn theories. In her five-channel video installation, Between the Waves (2012), Shah challenges the constructs of gender roles as hybrid beings traverse primeval yet contemporary landscapes. 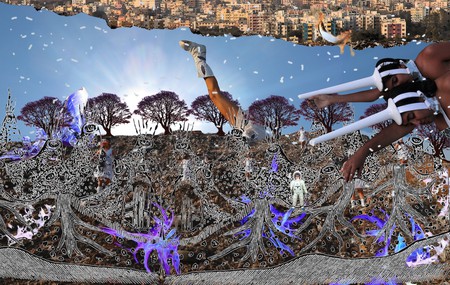 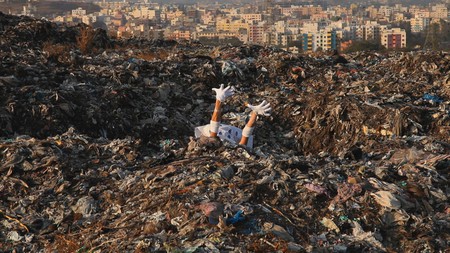