Pani Puri And All Its Regional Varieties 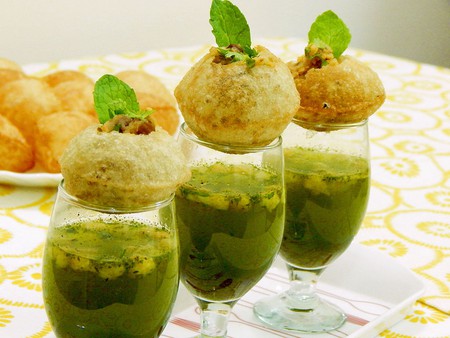 Pani Puri is not just any other street food for Indians; it’s a cultural identity for many different states. Let’s explore some of the most popular varieties of this delicious snack.

This is the most popular name and is used most commonly among people. It stems from the western parts of the country – Maharashtra, Gujarat, Madhya Pradesh, Karnataka, Tamil Nadu and even in parts of Nepal. In Mumbai, it is predominantly the hot ragda (thick white peas curry) variety that you get with the tangy green and sweet tamarind chutney. At Madhya Pradesh, potato mash is added to the hollow deep-fried balls, without boondi in the flavored water. In some parts of Gujarat, one can find finely diced potatoes used instead of mashed potatoes and some moong, along with the sweet and sour flavored water. In Bangalore, onions are a common filling for the pani puri. 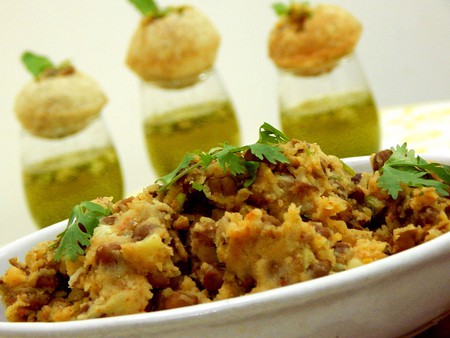 Popular in the eastern parts of India (West Bengal and Assam), this is a name also used in Bangladesh. It has a different taste when compared to Mumbai’s pani puri – it uses a mix of boiled gram and mashed potatoes for the filling. The chutney is more tangy than sweet, and there is a choice between sweet tamarind and spicy water. The puris are bigger and darker. The chaat vendors in Kolkata are experts in tweaking the flavors of the mashed potato as per your individual likes. Some parts of Bihar and Jharkhand also use the same name. 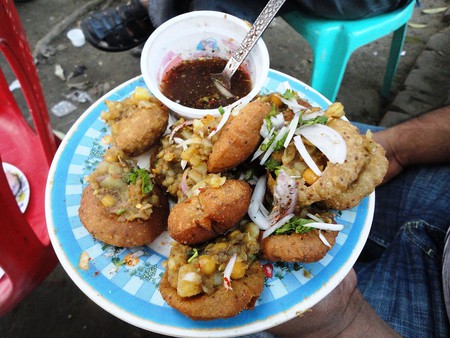 What vada pav is to Maharashtra, gol gappe is probably to North India. Every street and corner is lined with gol gappe vendors in different parts of North India. This is a generic name used mostly in Delhi and some other parts of the region except Haryana. The filling is similar to its Bengali cousin, but the flavored water mostly has a dash of mint and is usually very spicy. The puris are made of flour as well as suji (semolina). 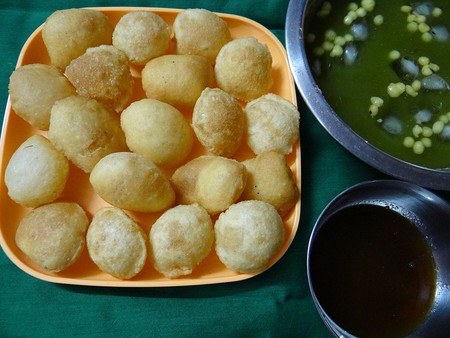 Not to be confused with pakodas, but pani puri is called pakodi in some interior parts of Gujarat. It is enjoyed with sev, and the sweet chutney is mostly left out while onions are incorporated. The flavored water is usually heavy on mint and green chilies. Pakodis are quite a deviation from the sweet-spicy form of pani puris, as they are mostly quite stuffed and very spicy. 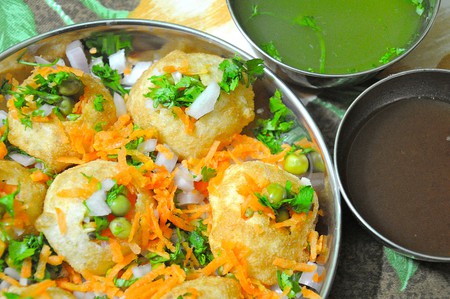 Paani ke patashe is a name used in Haryana, and patashi is what it’s called in Rajasthan. The taste is quite similar to that of gol gappe. However, generally, the water for patashi is made of dry mangoes. 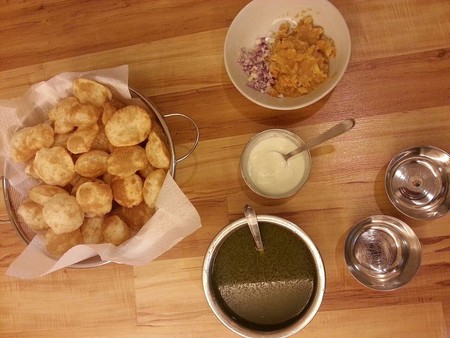 This is the name pani puri has in Uttar Pradesh. The water is abundant with spices and flavors; the filling used is mostly that of mashed potatoes along with chickpea or gram. In Lucknow, one can taste the popular ‘Paanch swaad ke Batashe’ with five different tastes of flavored water. 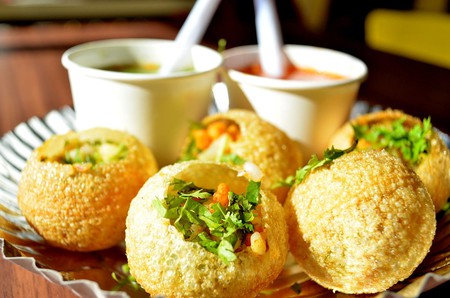 Gup chup is one kind of pani puri found in parts of Odisha, South Jharkhand, Chhatisgarh, Hyderabad and Telangana. They are named so because of the sound they make when the puris burst to fill the mouth with the spicy water. With a similar filling of that of pani puri, the delicious gup chups also contain chopped green chilies and onions. The water is high on spices. 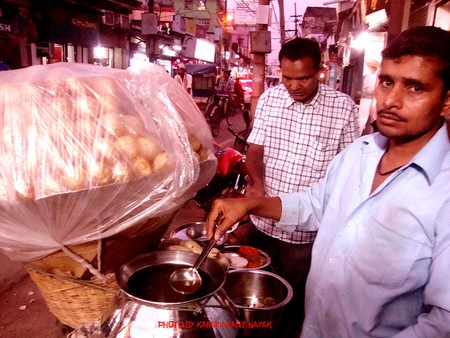 Whichever part of the country you try pani puri in, you’ll forever join the legion of fans who can never have just one. Pani puri in many ways is nearly almost the favorite street food across the country.