Non-Touristy Things to Do in Chennai 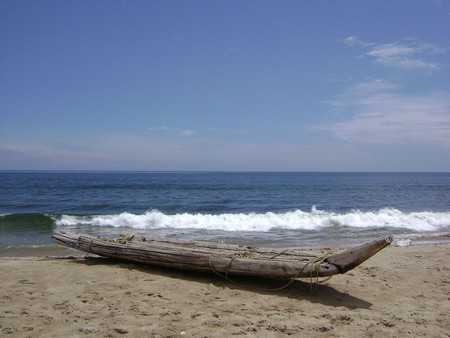 Chennai’s reputation for being a tourist-friendly place is not without good reason, and it is hard to run out of recommended things to do in the city. From bustling and crowded beaches to ancient temples that still fill up like a Mumbai Local on Fridays, Chennai has plenty of tourist experiences. But, as with any city, following the tourist guides means you’ll only scratch the surface. Here are some local recommendations that you won’t find mentioned in that 12-buck tourist booklet.

Head to ‘Side Beach’ for some solitude

While everyone’s heard of Chennai’s famous beaches such as Marina or Elliot’s, these aren’t the only beaches that the long coastline is gifted with. If peace and quiet are what you are looking for, Chennai has the beach for you. Ride along ECR a little ahead of Sholinganallur and take any of the bylanes leading up to the sea. This place has been ignored and sidelined in favor of Chennai’s other popular beaches, so the locals have named it the ‘Side Beach’. But thanks to its lesser popularity, the beach is nearly always empty, save the few other locals who drop by in the evenings. Head here and you can have a piece of the Bay of Bengal almost all to yourself. 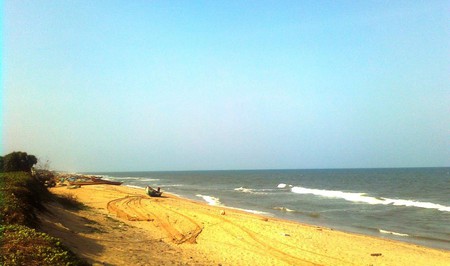 A stretch of Chennai’s Side Beach near Jagannath Temple, ECR | ©Ranjan Kumar/Wiki Commons

Grab a glass of frothing rose milk at Kalathi Newsmart

Drinking a glass of legendary rose milk at this 87-year-old hole-in-the-wall shop on East Mada Street is a ritual that’s older than most people alive in Chennai today. One of Mylapore’s best-kept secrets, this shop is a regular haunt of celebrities, TV personalities and just about anyone who has been visiting the nearby Kapaleeswarar Temple for a long time. And if you want to experience the famous Kapaleeswarar Temple just like a local, then this place is a must.

Attend a concert at Mylapore Mangollai

There are more than a dozen modern, air-conditioned Sabhas (concert halls) in Chennai that host hundreds of concerts every year during the Margazhi Festival. However, while listening to Carnatic music at any of these Sabhas is an ethereal experience, the real essence of the festival can only be had at the traditional open-air concerts that take place at Mangollai on Mylapore’s Mada Street. This age-old venue has been host to not only music concerts, but also some of the biggest political and cultural events in Chennai. 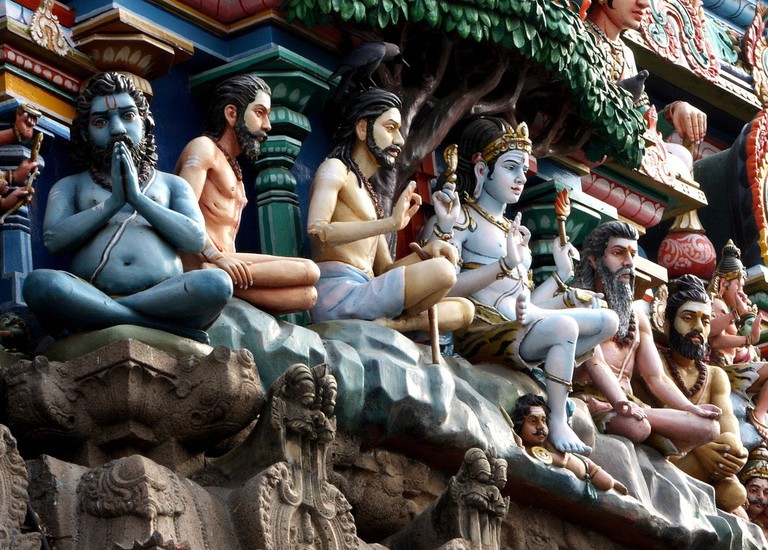 Market
Facebook
Email
Twitter
Pinterest
Copy link
Share
Map View
This tiny thoroughfare cutting through Chennai’s Chintadripet has been Chennai’s best-known electronics shopping destination ever since the days of the radio. Today, this buzzing grey market is the go-to destination for cheap electronics – the catch is that you will probably have to forget about warranties–or even a bill for that matter! If you are new to the city, make sure you take a local along on your shopping trip so you don’t get fleeced.
http://instagram.com/p/tP1f0CpUHz/?tagged=ritchiestreet
Open In Google Maps
Ritchie Street, Chintadripet, Chennai Chennai, 600001, India
Give us feedback

Chennai’s got a lot of greenery to visit, and a couple of the most popular places are the large Semmozhi Poonga on Dr. Radhakrishnan Salai, and the Adyar Tholkappiar Ecological Park. Spread over many acres, these two parks are quite new, so do not draw large crowds. While the Semmozhi Poonga, with its variety of flora, is close to the city center, the Adyar Eco Park is located right on the Adyar River estuary, and is known for its picturesque views and for being the perfect place for an evening walk. 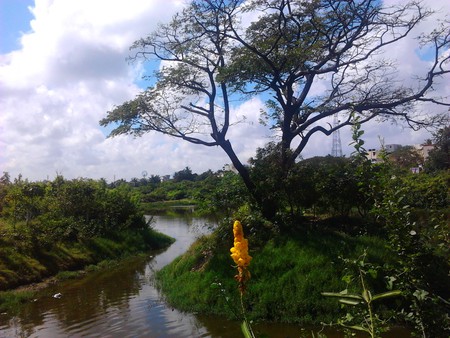 Take in the aroma at George Town Flower Market

Flower vendor kiosks are ubiquitous in Chennai. The city also has several one-of-a-kind flower markets that act as the beating hearts of the flower trade. The biggest is located in George Town, near the High Court Complex, while some other popular ones can be found at Mylapore and T Nagar. These age-old market streets are usually brimming with locals in the evening, and are perfect for taking a stroll and getting yourself a traditionally crafted bouquet or garland. 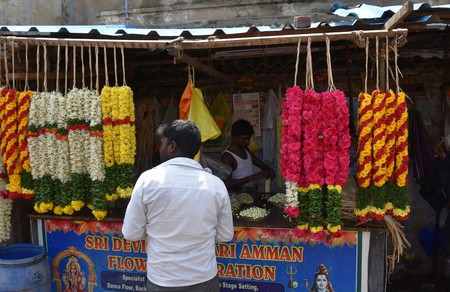 Ride the MRTS from Velachery to Beach Station

Catching the local train in Chennai is surely a one-of-a-kind experience, but it is also exhausting because it is almost always over-crowded. But what if we told you there is a train in Chennai that is considerably less crowded, and offers good views? We’re talking about Chennai’s unique MRTS, India’s first elevated railway line. Constructed in 1995, this system is older than all other metros in India (except Kolkata’s). Hugging the coast of Chennai for the most part, this line between Velachery and Chennai Beach (a distance of nearly 20 km) is usually far less crowded than the primary line. Plus, it also offers spectacular aerial views of Chennai city on one side and the city’s coastal hamlets on the other. 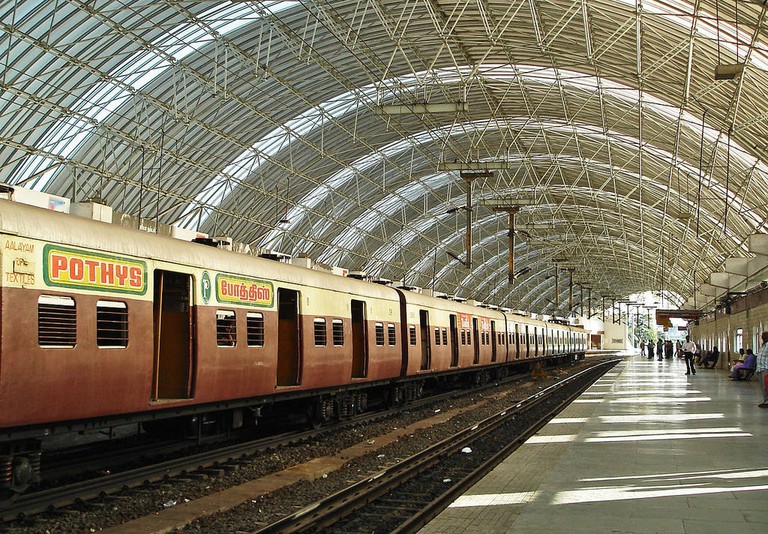 A train waiting at the Thirumylai MRTS Station | ©PlaneMad/Wiki Commons