Naga Babas Of The Kumbh : A Story Of Asceticism 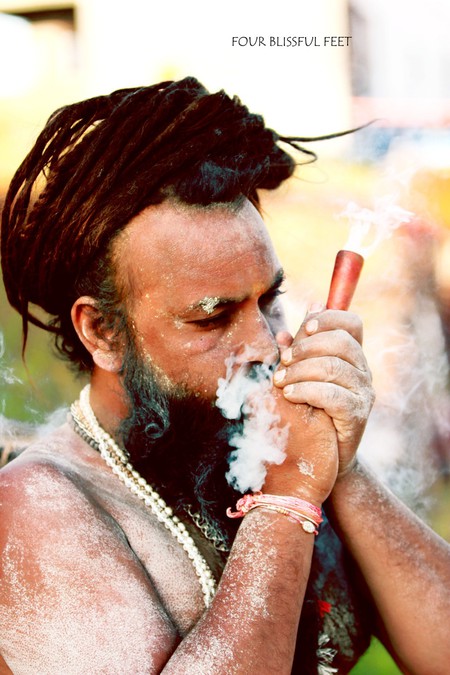 The Naga Babas or Naga Sadhus, literally meaning ‘Naked Yogis’, are a part of the Shaivite sadhus. Their physical appearance of ash-covered bodies and matted dreadlocks resembling Lord Shiva comes from being Shaivites or followers of Lord Shiva. They take vows of celibacy, renounce societal norms and live in the Himalayas. Taking control of their basic instincts by stripping down to their flesh, with the ability to stay in frigid temperatures without cover, make the Naga Babas a highly respected group of sadhus. A Naga Baba does not become so overnight and goes through various stages, from initiation to the final state of renunciation, to become a Naga Baba from a householder.

The origin of the Naga way of life is supposed to date back to the Treta Yug, founded by Dattatreya, but they were structured together into an order by Adi Shankaracharya. They are sometimes known as ‘Warrior ascetics’ and are believed to be the ultimate saviors of the Hindu Sanatan Dharma. Even today, the Naga Babas are seen carrying tridents.

The Kumbh mela is a significant event for the Naga Babas, as this is the only time when they come down from the Himalayas. The Kumbh is also the time when the initiation ceremony of sadhus takes place. Due to the austerities they follow and the state of enlightenment they have achieved, the Naga Sadhus have earned the coveted right to take the first holy dip during the Kumbh. The entire schedule of every Kumbh snaan (or holy dip) is designed in a way that the Naga Babas are always the first to bathe in the holy waters of the Ganga, Godavari, Yamuna and Shipra. 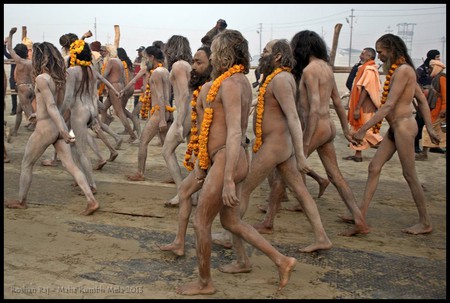 The Naga Sadhus are part of ‘Akharas‘, or a camp. Naga Sadhus can belong to any of the Shaivite Akharas – the Juna Akhara is supposed to be the oldest and the largest Akhara, which consists of different Sadhus and Sadhavis, including Naga Babas. 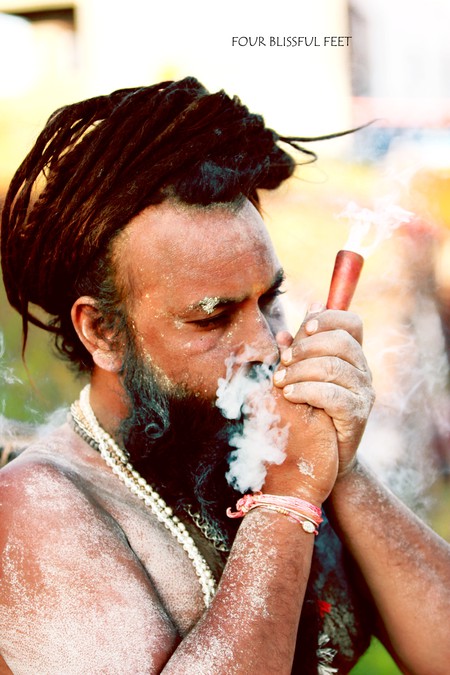 They are frequently spotted smoking marijuana using a ‘Chillum‘. The media and Kumbh attendees are in awe of the Naga Babas, and many of the latter love the attention too. Due to this, many of them have created a niche look for themselves, which make them the center of attention. There is the ‘Rudraksh wale baba’ who wears a huge 20-25-kilogram headpiece made of rudraksh beads; the ‘Jata wale baba’ who has grown hair on his head as well as beard extremely long to put on display; ‘Goggle wale baba’ who always dons sunglasses; and ‘Nails wale baba’ who hasn’t cut his nails in a really long time, among others. 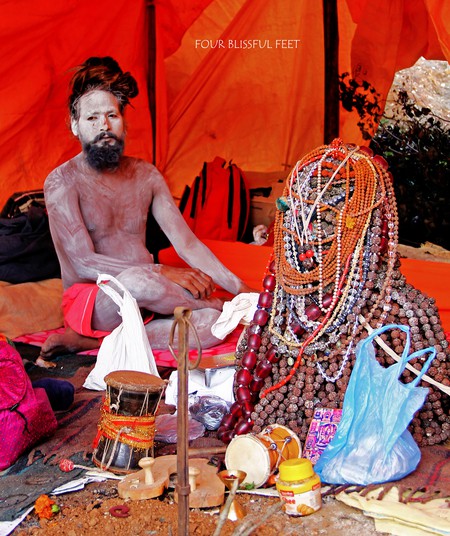 Do not take pictures of Naga Babas without asking for permission. Some of them might find it offensive.

Most of the babas are happy to be photographed when you ask for permission, but they might sometimes ask for some money. Make sure that you can get more than one baba together so that you don’t have to pay each one separately.

Some babas are not interested in money at all. So no amount of coaxing helps to get their pictures.

Women should refrain from touching the sadhus while taking blessings. 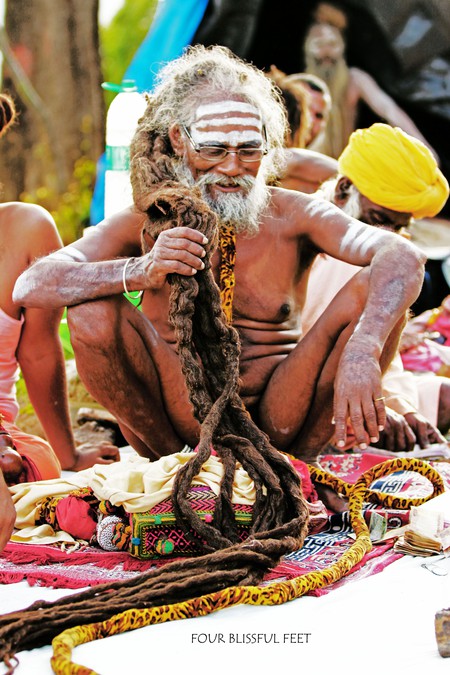 WARNING : The following pictures are graphic and NSFW 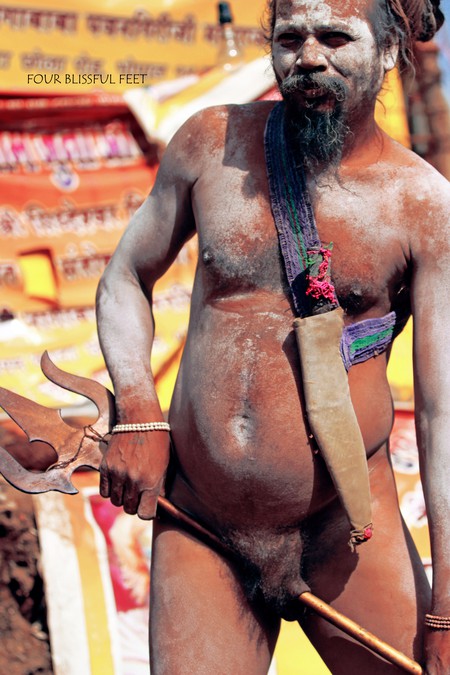 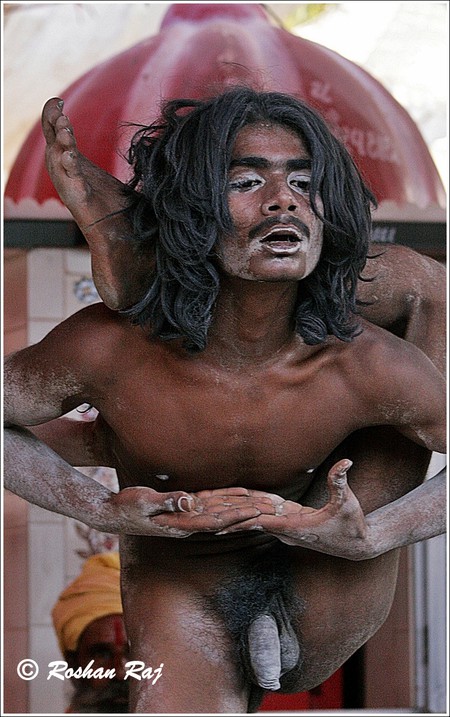 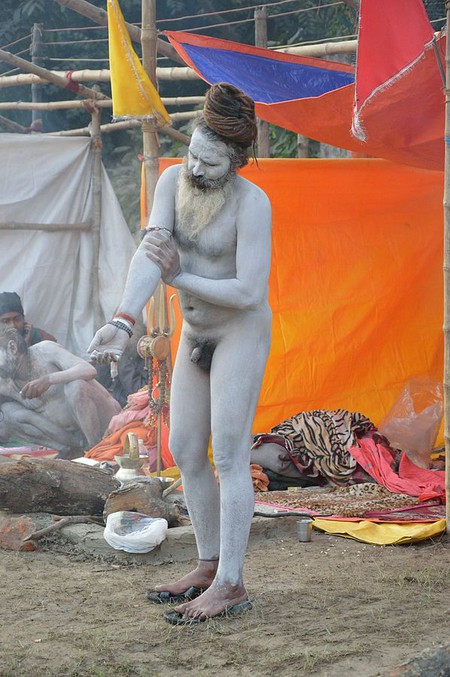 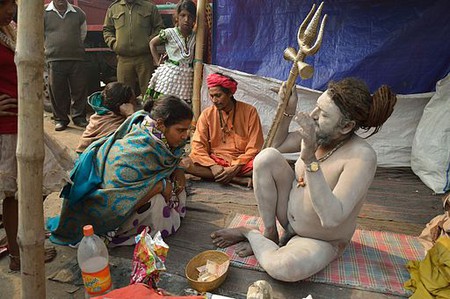 Purba Mazumdar is a travel blogger, who loves exploring new places. She and her husband share their travel stories at http://fourblissfulfeet.com | www.facebook.com/fourblissfulfeet | www.twitter.com/4blissfulfeet