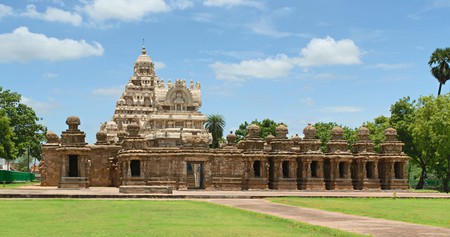 Kanchipuram, in the state of Tamil Nadu, is one of the most sacred cities in southern India and the second holiest after Varanasi. Also known as “The City of Thousand Temples”, Kanchipuram is an important holy pilgrimage for Hindus. People travel from far and wide to admire the magnificent stone cravings, chariot processions and shrines. With so many to choose from, Culture Trip has teamed up with On The Go Tours to explore the city’s must-visit temples. 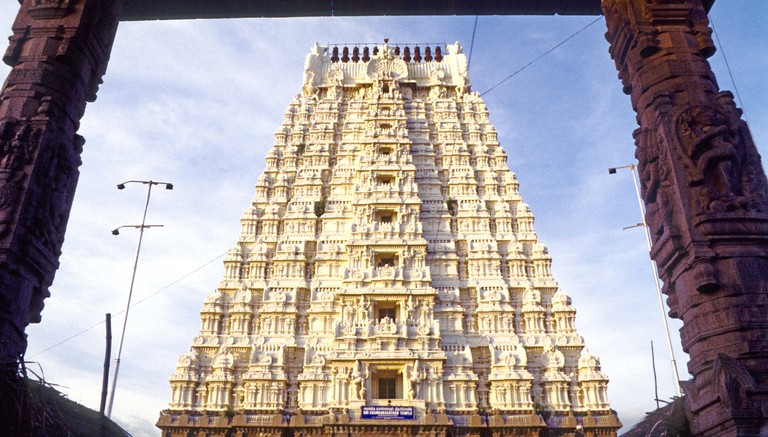 One of Shiva’s five main shrines, the Ekambareswarar Temple is spread over 10 hectares, making it the largest place of worship in the city. Its original structure was built by the Pallava Dynasty in the sixth century and underwent major changes under the rule of Tanjore Nayaks. During this period, the gopuram – a gatehouse tower which stands at 59 metres and is one of the tallest in the state – was constructed. The Ekambareswarar Temple plays hosts to the most important religious festival in Kanchipuram – a 10-day extravaganza known as Panguni Brahmotsavam that takes place from March to April. 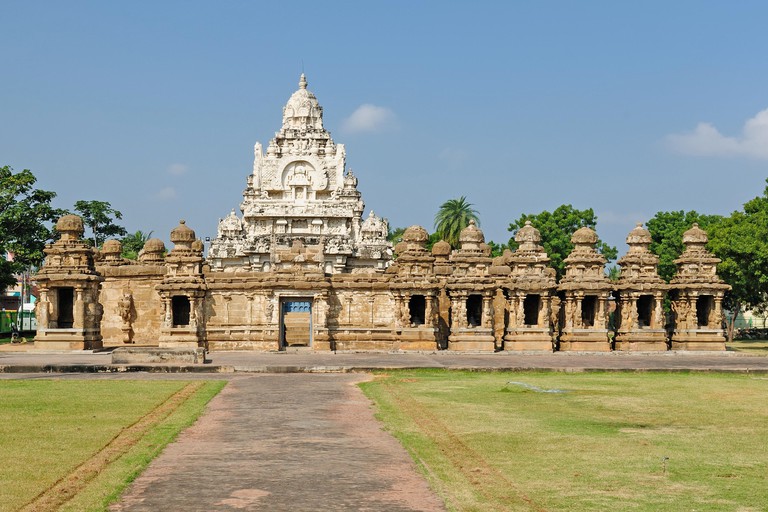 While Ekambareswarar Temple is the largest shrine in Kanchipuram, Kailasanathar Temple is the oldest. Dedicated to the Hindu God Shiva, it’s one of the earliest examples of Pallava architecture. The temple’s sanctum sanctorum contains a unique 16-sided shivalinga (a symbol representing Lord Shiva) carved out of black granite. However, the structure’s most striking attribute is its sub-shrines, with numerous pillars decorated with sculptures or reliefs of minor deities. 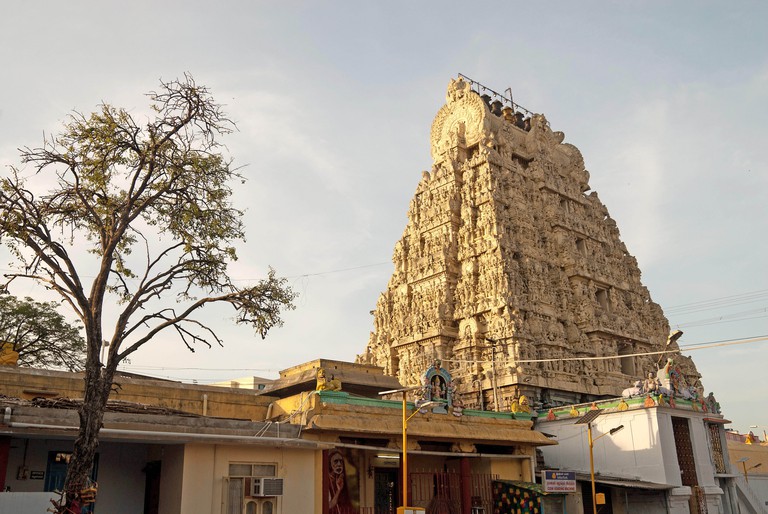 As the primary site of worship for the Kanchi Kamakoti Mutt (an influential religious institution), Kamakshi Amman Temple is the one structure most associated with Kanchipuram’s religious heritage. Although details of the temple’s construction are unknown, the original structure is thought to have been built by the Pallava kings. The temple’s history is rich with myths and legends, often associated with Adi Shankara, the patron saint of the Kamakoti Mutt. The temple’s annual chariot festival is conducted with great fanfare during the Tamil month of Masi (between February and March) and includes the centuries-old custom of a ther-vizha (chariot festival). The temple is also surrounded by some of the most vibrant street markets in Kanchipuram, which sell everything from street food to clothing. 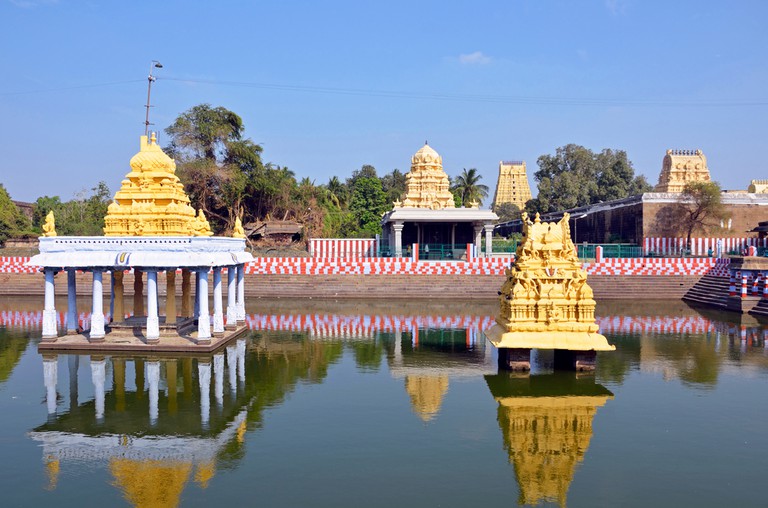 Varadaraja Perumal Temple is the preferred temple in Kanchipuram for followers of Vaishnavism. Dedicated to Lord Vishnu, the temple is one of the 108 Divya Desams, which are the most sacred Vaishnavite shrines spread across the country, said to have been visited by the 12 Alwars. It features over 350 inscriptions attributed to nearly all major dynasties of South India. The temple’s most striking architectural feature is the famous “100-pillared hall”, which has sculptures and relief structures depicting several important Hindu gods. 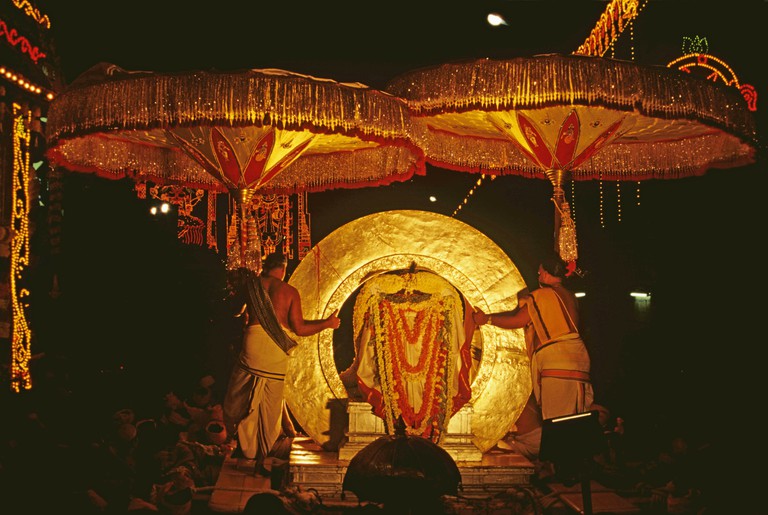 This relatively small temple takes its name from Vamana, the fifth avatar of Lord Vishnu. Like Varadaraja Perumal, this temple too is one of the 108 Divya Desams. It features a traditional Dravidian style of architecture and is mentioned in popular Tamil literary works dating back to the sixth century. The temple hosts nearly a dozen annual festivals and is popular for its annual Brahmotsavam and ther-vizha. 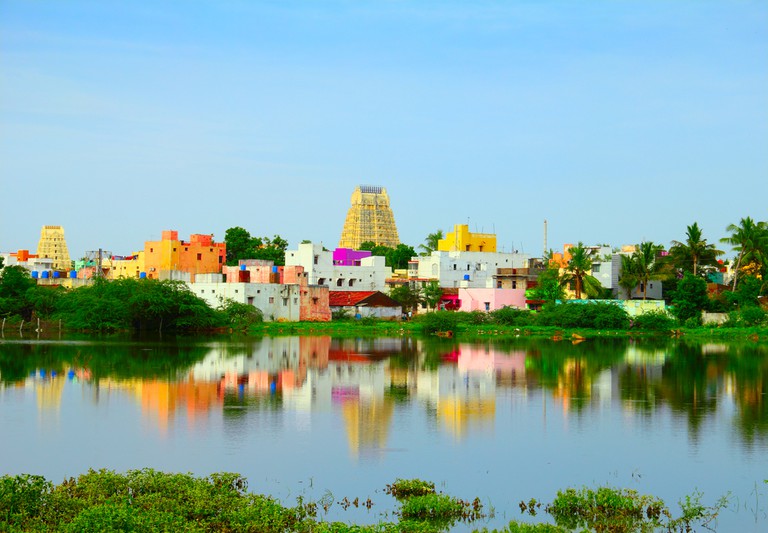 The most important temple for followers of Jainism in Kanchipuram is Trilokyanatha Temple, built during the Pallava Dynasty. It is one of the few Jain temples that feature a predominantly Dravidian style of architecture, and is well known for its exquisite wall paintings and inscriptions that depict the life of Hindu god Krishna, as well as other important Jain deities. 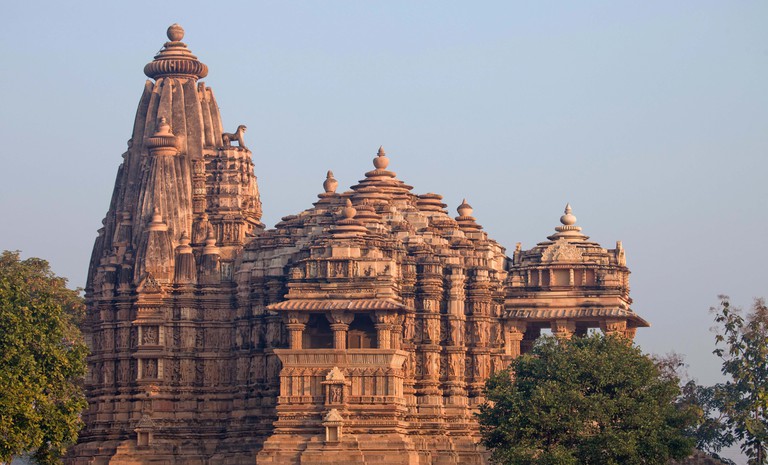 This temple is dedicated to Chitragupta, a minor deity and the assistant (or accountant) of Yama, the Hindu god of death. It is one of the few major temples in Kanchipuram whose construction is attributed to the Chola Dynasty. Although it is relatively small, it draws more tourists than many other major temples, due to the fact that it’s considered to be the place that Chitragupta uses to keep a watch on the good and bad deeds of man. 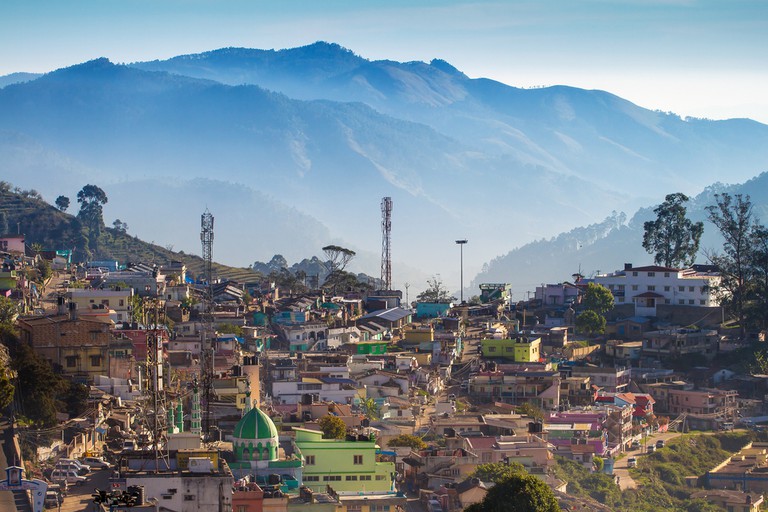 This seventh-century shrine is the smallest of the major temples of Kanchipuram, covering just 2290 sq m, but it is of immense importance both in historical and religious terms. It is dedicated to Sathyanatheswarar – a form of Lord Shiva – and follows the Shaiva tradition. The temple’s main gopuram is made up of three tiers, and features a sanctum sanctorum that contains a lingam made of granite. Sathyanatheswarar Temple is also one of the 275 important Shiva temples mentioned in the Tamil Shaivite canon. 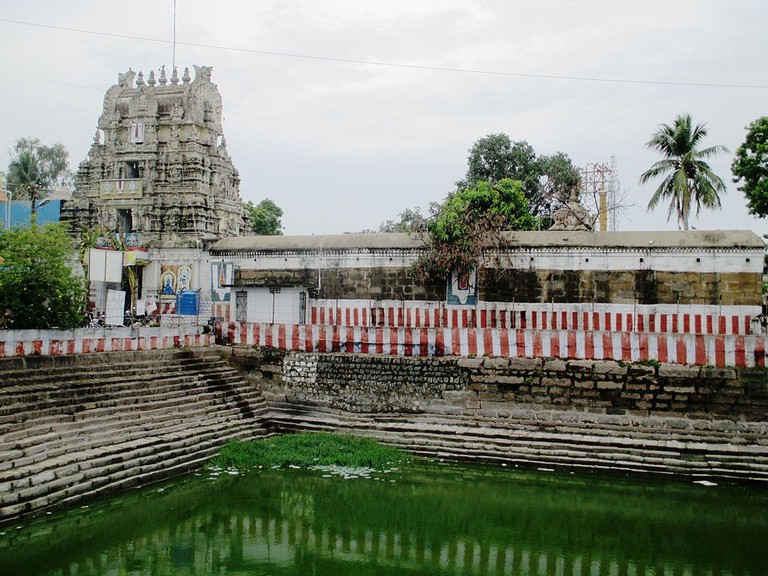 The Ashtabujakaram Temple is a famous Vaishnavite place of worship in Kanchipuram. The temple’s current form is a mix of architectural styles, influenced by the Pallavas, Cholas and Vijayanagara Dynasties. Its most prominent feature is the temple pond located within its walls which is associated with the mythological tale of Gajendra Moksha. The most famous event associated with the temple is the 10-day celebration of Vaikunta Ekadasi, which falls in the month of December and is counted as an important festival for those who follow Vaishnavism.