Mumbai's Jinnah House: A Piece of Pakistan in India 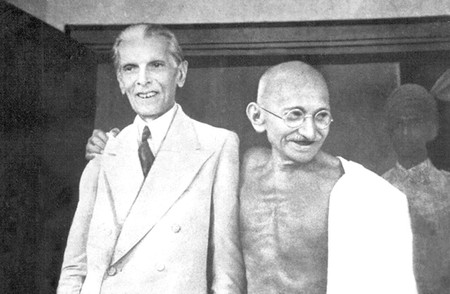 Spanning an area of 10,000 square miles right in the heart of Mumbai’s upscale Malabar Hill is a stunning white marble bungalow with deep historical significance for not just India, but also for Pakistan. Known as “Jinnah House” or officially as South Court, this now-unoccupied mansion was once the main residence of Mohammad Ali Jinnah, Pakistan’s Quaid-e-Azam (great leader) and first Governor General.

The house was built in 1936 by Jinnah upon his return to Bombay from England, and served as his prime residence until his departure for Karachi, Pakistan following the partition of India. The sprawling, sea-facing bungalow was designed by English architect Claude Batley and built with fine Italian marble and walnut woodwork. Jinnah is said to have personally supervised every aspect of its construction, employing stonemasons specially roped in from Italy. Upon completion, it became a source of awe and admiration for the city’s visitors and locals alike. 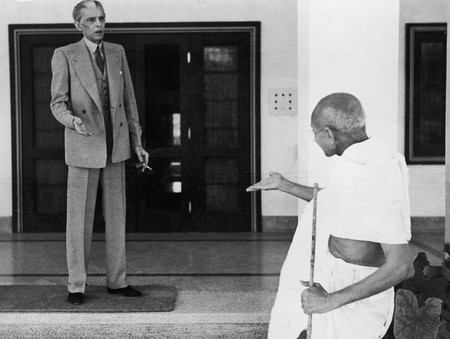 As Jinnah’s residence when he presided over the All-India Muslim league, the key Indian political parties that negotiated the partition of India, the Jinnah House is of great historical importance in the evolution of both modern India and Pakistan. Jinnah conducted rounds of talks regarding the partition both in 1944 with Mahatma Gandhi, and in 1946 with Jawaharlal Nehru (who went on to be India’s first Prime Minister a year later) at the house.

~Jinnah house – Malabar Hills. Diagonally opposite the CM's residence stands in eerie silence the palatial mansion of the late Quaid-e-Azam of Pakistan, Muhammad Ali Jinnah. What has now slipped into decay and overgrown all around by wilderness, was once the most recognisable address of Malabar Hill. It is said that the Quaid-e-Azam knew nothing and cared less about architecture and furniture but was pretty clear to build a mansion with "a big reception room, a big veranda and a big lawn for garden parties". The structure is now disputed between both the Governments and stands dilapidated. #Bombay #history #architecture #malabarhill #jinnahhouse #historyofindia #historyofpakistan #archives #bunglow #historicbombay

The house is currently owned by the Indian government, into whose hands its control came after Jinnah’s departure from India post-partition in 1947. Jawaharlal Nehru and his government, aware of Jinnah’s deep attachment to the house, kept it from being declared as enemy property. A contract to lease out the house under various terms was negotiated by Jinnah and Nehru, but the former passed away prior to its finalization.

Today, Jinnah House remains the center of a long drawn-out diplomatic conflict between India and Pakistan on one hand, and between the Indian government and Jinnah’s heir. Pakistan’s government has requested for the house to be leased to them at several points – talks about which India partook in, but never really came to a conclusion. Dina Wadia, his daughter who had married and settled in India post-partition filed a claim to the house in 2007, joined by her son – Indian-born British businessman, Nusli Wadia.