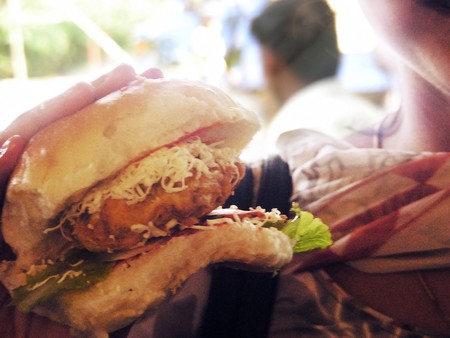 Some cities have an inseparable relationship with food, a love affair so extraordinary that the cities become synonymous with its food. After all, what is Lucknow without tundey kebab, Hyderabad without biryani, Amritsar without kulchas, and Delhi without dahi bhalla. And when it comes to Mumbai, no Mumbaikar can resist a good old, spicy vada pav. 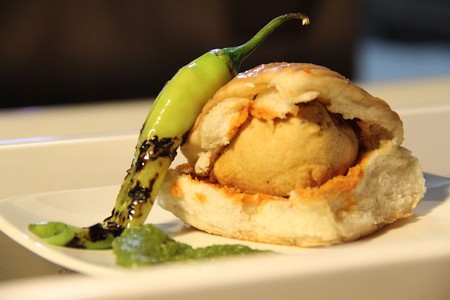 The humble vada pav: these deep-fried fiery balls of chickpea-battered mashed potatoes, laid inside a chutney smothered pav are so delectable that they compel the perpetually in-a-hurry Mumbaikars to pause and grab one. For a city known for its fast paced life, is it any surprise that Mumbai’s favorite snack is a grab-and-go dish?

According to popular urban legend, vada pav was created by Ashok Vaidya, a snack vendor who sold batata (potato) vadas and poha right outside the chaotic Dadar Station. In the early 1970s, Vaidya came up with the innovative idea of selling vada pav as an on-the-go snack after a customer in a rush asked him to stuff a vada inside a pav. His mouth-watering snack was an instant hit. What started out as sustenance food has now become an irresistible classic, a street food icon. Vada pav is a rare Indian street food that boasts its very own World Vada Pav Day on the 23th August. 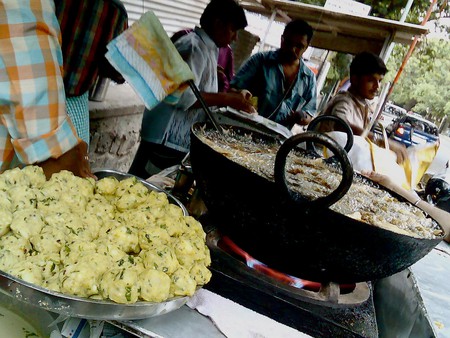 Outsiders who haven’t tried a vada pav often don’t quite understand the alleged charms of this seemingly ordinary snack. But is it ordinary? Vada pav is perhaps the most quintessentially Mumbai food. Just like the city, it is inherently cosmopolitan, a medley of cultures. Its core, the vada, is a Maharashtrian delicacy, enveloped in a soft pillowy pav, a gift from the Portuguese, and it is laced with zingy garlic, coriander, and tamarind chutneys that are found all across the country.

Often touted as the poor man’s snack, vada pav is much more than just cheap street food. In a city known for its glaring income inequalities, the humble vada pav is the unifier of Mumbai. From roadside vendors to corporate honchos, everyone in Mumbai surrenders to the delights of the ubiquitous vada pav. Such is the love for Vada Pav, that some vendors have become popular thanks to the famous Mumbaikars who frequent them. Story goes that Mumbai’s tiger, Balasaheb Thackeray, was so fond of Vaidya’s vada pav that he ensured that Bombay Municipal Corporation (BMC) officials did not hassle Vaidya. India’s favorite Mumbaikar, Sachin Tendulkar, can’t resist the vada pav served at Shivaji Park Gymkhana and claims it as his guilty pleasure. So much so that Vinod Kambli gifted him with 35 vada pavs when the Master Blaster broke Sunil Gavaskar’s 34-century Test Record. 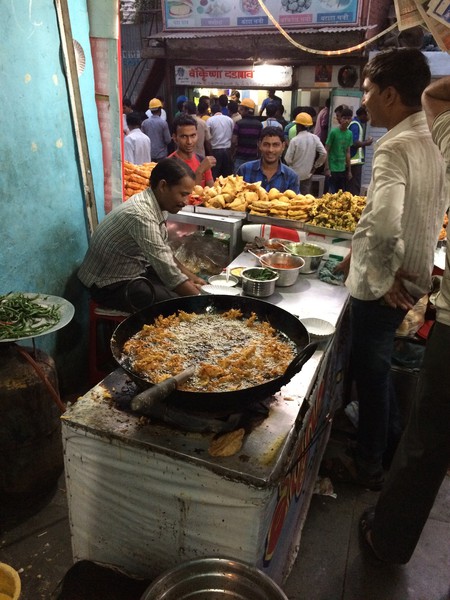 In Mumbai, love blossoms in monsoons. As the first splash of rain cools down the city, the Mumbaikar craves a bite of his true love – vada pav. Only a Mumbaikar can understand the sheer joy and romance of watching the rain pour down while standing on the footpath and digging into a piping hot vada pav. Over the past few years, Mumbai’s beloved snack has gone fancy with restaurants dishing out deconstructed vada pavs and desi potato sliders. But for a Mumbaikar, vada pav will always belong in a roadside thela (stall) outside railway stations and in khau gallis (street food).