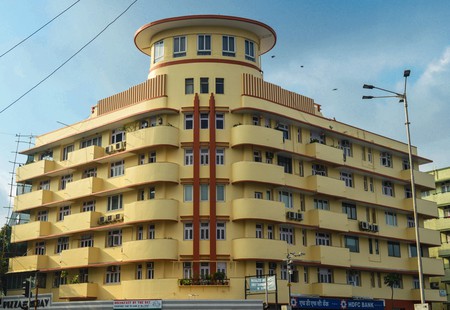 A visual design trend that started in the early 20th century in Europe traveled to Mumbai in India through aspirational merchants and businessmen. Before its abrupt end Art Deco came to define Mumbai’s modern urban landscape. Here’s what you must know about Mumbai’s Art Deco style buildings, and how it all began.

The Exposition Internationale des Arts Décoratifs et Industriels Modernes is where Art Deco was first heard of in 1925. The style incorporates rich materials and elaborate designs that spell luxury. Art Deco looked impressive to many and it influenced the design of automotives, buildings, furniture and even jewelry in its hey day. Until the Great Depression, Art Deco was on a steep rise in Europe and North America but Mumbai is only second to Miami, USA in the number of Art Deco buildings in the world. 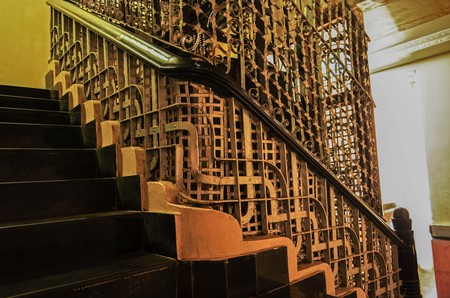 What is Art Deco?

Art Deco was invented as a visual art form with the bold geometric streaks of Cubism, bright colours and exotic craftsmanship of China, India and Egypt. It is a decorative style of design and always elaborate. Art Deco buildings have rounded corners to give the structures an aerodynamic feel. The design is sleek and streamline in many places, racing stripes, ornamental windows and imageries, ziggurat and certain patent elements like ‘frozen fountains’ and ‘window eyebrows’ often feature. 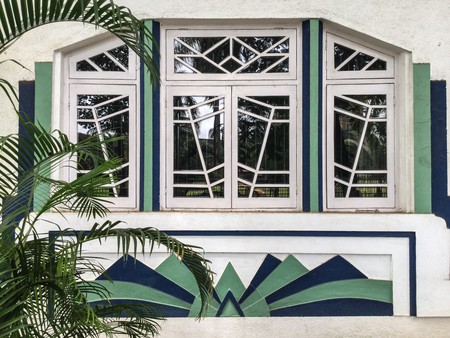 Its rise and fall in India

The 1930s was only the beginning of Art Deco in India. Merchants and businessmen from all across the country were encouraged to trade and settle in the port city. While India’s fight for independence was at its peak, the affluent were trading opium with China and spear-heading all kinds of businesses. 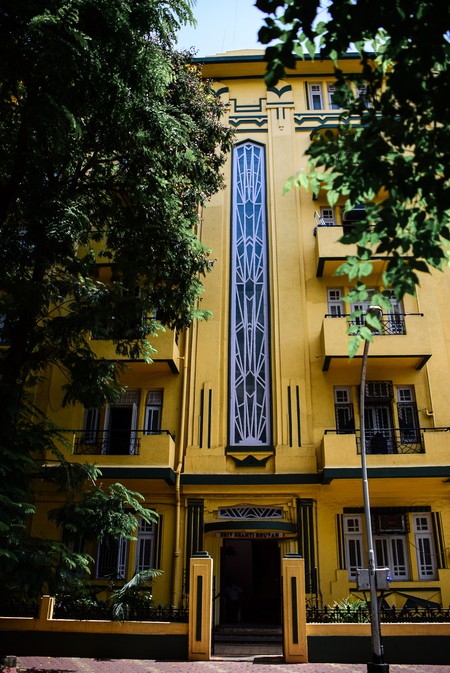 Atul Kumar, a conservationist determined to put Mumbai’s Art Deco on global map said, “Trade trumps over everything. These businessmen traveled the world and brought back the latest design with them. It was truly international and modern.” Atul has gathered a small team of architects, researchers and professionals who are equally passionate about preserving Mumbai’s art and culture history and raise awareness. Atul says, “People didn’t know anything about it until we told them. How would you preserve a beautiful piece of Art Deco furniture and not saw it into pieces to make something else, if you don’t know the importance and history.” His website is an online library of the subject and a well-researched one at that. They even organize walk tours around Mumbai’s Art Deco buildings. 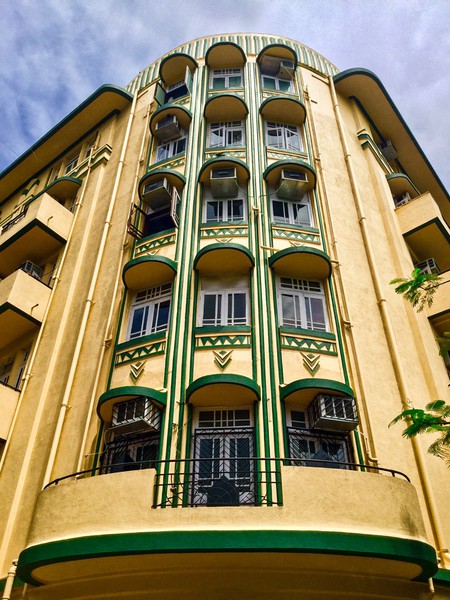 Shiv Shanti Bhuvan is one of the most beautifully conserved Art Deco buildings in Mumbai | © Courtesy of artdecomumbai.com

In the early 20th century Indian cinema was nascent and comprised of an enthusiastic group of talent that produced almost 200 films in a year! So, the onset of Art Deco in Mumbai arrived with the establishment of single screen theaters. Architect Shorabji Bhedwar designed the iconic Eros Cinema and its construction began in 1935. The style was translated into bespoke pieces of furniture that the royals and tradesmen decorated their homes with. The Southern part of Mumbai is an interesting place to recognise different times in Indian history. The sprawling Oval Maidan (Oval Ground) divides the architecture of two centuries. One side is decked with Victorian Neo-Gothic buildings (Mumbai University, Bombay High Court) and the other is filled with the more modern Art Deco style structures. Another unsung hero in the Art Deco era was architect G.B. Mhatre. He designed some of the most magnificent structures of Art Deco in Mumbai, like Soona Mahal, Queen’s Court, Shangrila, Normandie and many more. 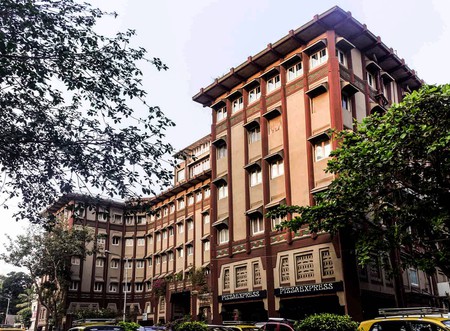 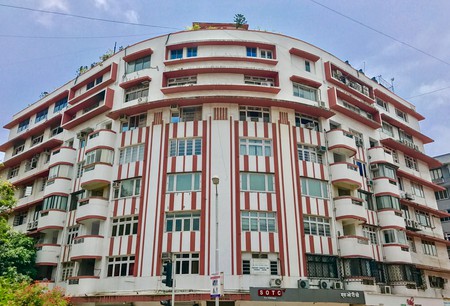 Some of the best Art Deco buildings in Mumbai are the Moti Mahal, Shiv Shanti Bhuvan, Eros Cinema, Kanti Mahal and Malabar Court. There are offices, residential apartments buildings, hospitals and so much more built in Art Deco style in the city that if you are on a tour, you wouldn’t be able to do justice in a day. Right from parts of Mahim to the Back Bay Reclamation, Mumbai is rich with Art Deco buildings, many beautifully preserved and some dilapidated. By the 1950s Mumbai’s fixation with the design form wore off and Art Deco’s era came to an end. Two decades is a relatively short time for an architectural style’s advent and death, but it managed to change Mumbai’s building landscape forever.