Mumbai, The Mafia And The Bollywood Trail 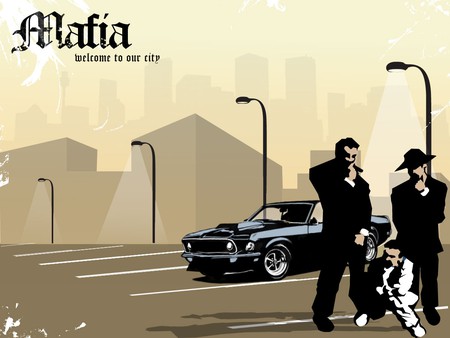 Mumbai, the Maximum City, is an eclectic mix of people, culture, and heritage. There have been many facets that have tried to define the city, but none has caught the imagination of audiences as Bollywood, a synonym for Hindi movie industry and the Mafia, the organized crime syndicate. Both have intermingled dangerously.

Karim Lala, Haji Mastan, and Mudaliar were the powerful trio that ruled Mumbai from the late 50s to the late 70s. There are many stark similarities between their stories. All three were migrants who started their working life as porters/dockworkers, became smugglers, extending their network to illicit liquor and extortion. However, the clear demarcation of territories and strong ethics helped them work synchronously. The fact that all three had backing from their communities and a Robin Hood image made it difficult to persecute them.

However, things changed with the rise of Dawood Ibrahim in late 70s. Born on the 26th of December 1955, Dawood Ibrahim Kasakar was the son of Ibrahim Kasakar, a very well-respected cop among his community. Named Dawood, after the prophet Dawood (David), as it was predicted by a seer that he would wield enormous wealth and power, Dawood rose to heights in ways never anticipated by his father. 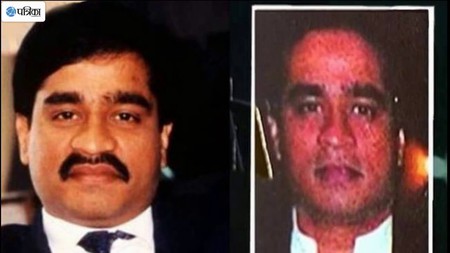 Starting young, even before the age of 20, Dawood had the biggest bank robbery in the decade to his name. This was the time when the Lala gang was at its height, and police were looking for ways to get rid of them. The Dawood-Sabir gang, aided by police and media, fought against the Pathan gang. Disturbed by the gang rivalry, Hazi Mastan mediated a truce which was short-lived. Elimination of Dawood’s elder brother, Shabir Ibrahim Kaskar, in 1981 by the Pathan gang and revenge killings of Lala’s trusted handymen, Amirzada and Alamzeb, lead to a bloody gang war, which ended with the rise of the D-Company, an organized Mafia.

By now, Dawood was involved in every possible illegal activity, be it smuggling, extortion, killings, or settling matters. The ’80s, an era that showed a stark rise in unemployment due to mill closures, saw many Hindu members recruited in an otherwise seen as a Muslim-only gang. Chotta Rajan, Bada Shakeel, and Chotta Shakeel were products of this era. However, Dawood’s run in Bombay soon came to an end, as he killed Samad, one of Lala’s nephews. With the Bombay police on his heels, he left for safer shores in Dubai in 1986, running his empire from there and foraying into cricket, Bollywood, real estate and other businesses.

Events took another turn in 1993 when he was declared a prime suspect in the Bombay Blasts, having given ground support to the perpetrators. Chotta Rajan, and many other Hindu members of the gang, took this opportunity to break out from under him, thus, weakening his hold on his erstwhile empire in India.

Dawood was last of the Mumbai Dons. Even though the Mafia has loosened its grip over the city, they have inspired and still continue to inspire a lot of Bollywood movies.

Fascination started long ago; it is said that the iconic character of Vijay in Deewaar is loosely based on Haji Mastan. There have been many others on this Mafia-inspired Bollywood trail, so let’s take a look at the ones which have turned true events into celluloid.

Produced by Feroze Khan and released in 1988, Dayavan is a remake of the South Indian movie Nayagan by Ratnam, based on the life of Varadarajan Mudaliar. Shakti Velu, the character played by Vinod Khanna in the movie, bears a striking resemblance to Varadarajan, moving around in his Padmini Premier and flanked by his bodyguards. Mudaliar, a South Indian don, was a Tamil immigrant from Tuticorin, Tamil Nadu. He knew the challenges a city could throw at a small-town immigrant and used his influence to give support for money, documents, solving disputes, etc., all this earning him the image of Dayavan, as portrayed in the movie. Of course, he used this goodwill to further his cause in Matunga and Dharavi, areas with a heavy influx of Tamil immigrants, which became his working and recruiting grounds. Another story for another time. 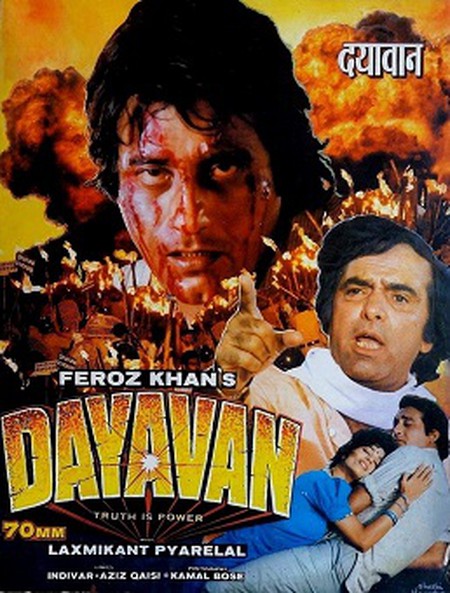 Directed by Ram Gopal Varma, Company explores the underworld, its corporatized workings, and complex web of relations. Chandu and Malik, portrayed by Vivek Oberoi and Ajay Devgan, are based on Chotta Rajan and Dawood. Malik’s white robes, fleet of cars, smoking cigarettes, and lavish lifestyle were all intended to create a Dawood look. Chandu’s invocation into Malik’s gang, his rise to a trusted aide, attacks on him after his fallout, and Yadav’s interview to the media are all based on true-life events. This one is straight out of the D-Company, even without its D.

Kashyap’s masterpiece is an investigation drama set against the backdrop of the 1993 Mumbai blasts which killed 257 people and injured more than 700. Based on the book Black Friday: The True Story of the Bombay Bomb Blasts by Hussain Zaidi, a famous crime reporter, it recreates the events leading to the blasts and covers their aftermath. The story is told through different viewpoints of conspirators, police, and victims and is considered one of the most authentic accounts of the events. Considered controversial for its time, the film was released in 2007, three years after filming. One can watch the full movie here.

Directed by Milan Lutharia, this movie shows the decline of an era of old kingpin Sultan Mirza (played by Degan) and the rise of the more dreaded don, Shohaib (played by Hashmi). Sultan Mirza’s rise in the underworld smuggling ring, his do-gooder image, his affair and marriage with actress Rehana (Mastan married an actress, Sona) and the financing of her movies were so reminiscent of Haji Mastan that his adopted son and daughter moved courts for a stay on the movie. Shoaib, with his signature mustache, dark aviators, and an upright policeman as a father, had parts of Dawood’s life and persona. 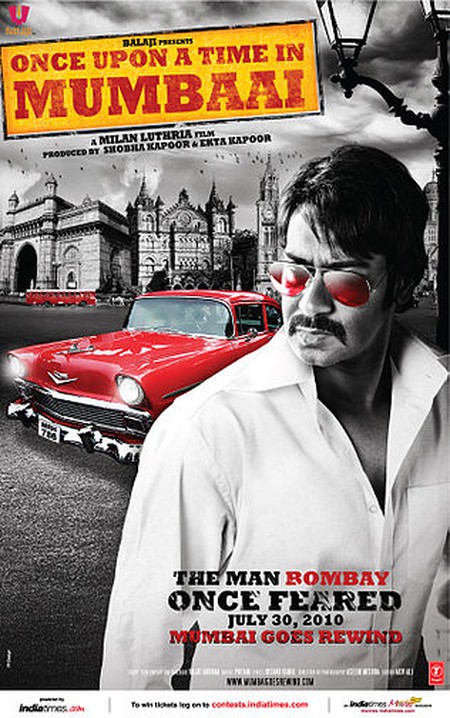 Once Upon A Time in Mumbai Poster | | © Balaji Motion Pictures

Directed by Sanjay Gupta, Shootout at Wadala is the story of Manya Surve, a gangster of the same name played by John Abraham. As shown in the movie, the real-life Manya was known for his strong build, bulging biceps and forearms, a look not so common in those days. One of the few well-educated gangsters, Manya, an ardent fan of James Hadley Chase, styled his robberies on Chase’s novels and worked out even minute details of his jobs. As in the movie, Manya’s downfall comes when he is hired to kill Zubair, Dilawar’s brother (clearly based on Dawood and his brother Sabir.) In real life, it was Manya who was hired by the Pathan gang and who plotted to carry out the murder of Sabir. By now, tired of his brazen evasion of the law, Mumbai police had formed a squad to hunt Manya, thereby, building the story of the first police encounter ever.

Latest in the series would be Rakkumar Hirani’s biopic based on Sanjay Dutt. Though not about the Mafia, per se, it closely scrutinizes the easy reach one had with another once upon a time.