Mumbai and Kolkata, Bombay and Calcutta; two cites on either end of a subcontinent, which each define the Indian urban experience in their own distinctive way. Amit Chaudhuri and Jeet Thayil discussed the influence of these cities on their works, and on their lives, at the Addictive Cities event, which is part of London’s South Asian Literature Festival 2013. 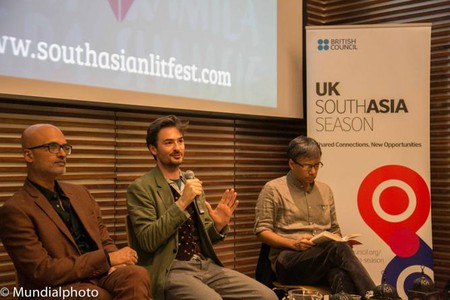 The bustling, heaving metropolises of Bombay and Calcutta have been swept by the tide of history for centuries; they have been centres of colonisation and independence, have become tools of the political class and playgrounds for the rich and have harboured poverty on an immense scale. Their tumultuous stories have also been inspirational fodder for the many writers to emerge from both cities. Two such urban scribes are Jeet Thayil and Amit Chaudhuri, who came together at the closing event of the 2013 South Asian Literature Festival in London to discuss their personal and literary urban experience. 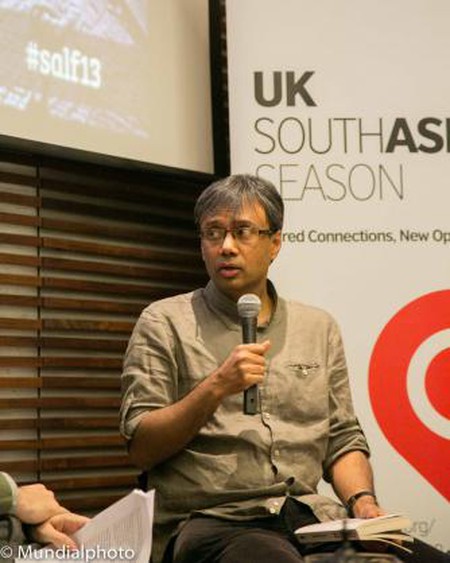 The event, dubbed Addictive Cities and moderated by Ted Hodgkinson of the British Council, sought to delve into the reasons why these two writers, who are in many ways antithetical, both engage so profoundly with the two cities at either sides of their home country. Jeet Thayil’s febrile, slippery prose and poetry records the demi-monde of Bombay, the underbelly of the city proclaimed as India’s bright spark and the marginalised and alienated souls who exist in these peripheries. His debut Narcopolis, which deals in these lost souls, sparked a frenzy upon its release and went on to win the DSC Prize for South Asian Literature, as well as being short listed for the Man Booker. Prior to trying his hand at the novel form, Thayil was an accomplished poet, and the dialectic of urban alienation and inspiration recurs in his poetic works as much as his prose. Chaudhuri is rightly recognised as one of the foremost Indian writers of his generation, both for his plangent novels and for his erudite non-fiction, in which he often focuses on his adopted city of Calcutta and the raucous clash of history, identity and modernity that one finds there. This is explored in his book Calcutta: Two Years in the City, which sees him return to the city of his birth to try and discover if it still was the place which haunted his imagination, and populated his novels.

The divergent fates of the two cities, as well as the way they have been shaped by India’s rising tide of modernity, came into focus at Addictive Cites, where the two writers admitted their own mixed feelings about their respective urban muses. Amit Chaudhuri, who grew up in Bombay, confessed that the idea of Calcutta for him was tied to ‘encountering the modern and to encountering modernity itself as a paradoxical thing – which never seems to have been young’. The ‘air of dereliction’ which Chaudhuri experienced in Calcutta during his youthful visits to the city would stay with him for the rest of his life, and would be something he found in other sprawling urban centres such as New York. Chaudhuri described the paradox of the modern city, that it accumulates history yet is prototypically modern, as he stated, ‘the paradoxical confluence of the new and the aged (in Calcutta), offers a peculiar definition of the contemporary. Calcutta defines newness for me’. However this particular perception of the city shifts with time and Chaudhuri found that ‘the conflation of Calcutta with life and life with urban experience – that moment has passed. What does exist of that sense of estrangement of a city? Globalisation has eroded that.’ 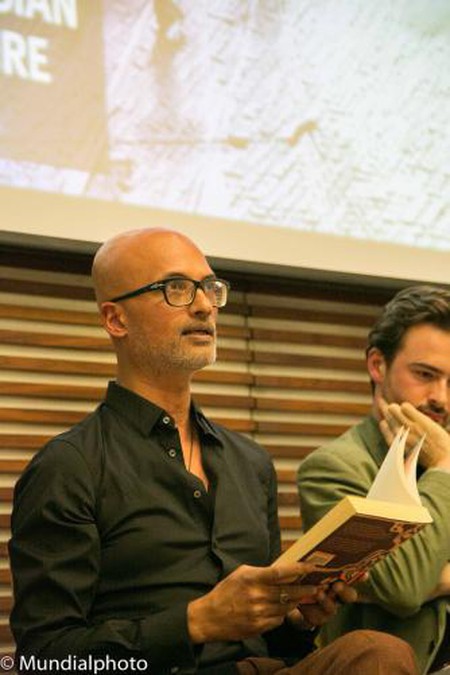 In Ted Hodgkinson’s words, this ‘sedimentary quality of the city’, which layers history like a palimpsest, is found in both Chaudhuri’s rumination on Calcutta, and Thayil’s evocation of Bombay. Thayil’s novel is, in his own words, an ‘elegy for the dead’ and the title’s echo of ‘necropolis’ (by which it is often referred by Indian journalists) is a purposeful attempt to evoke the ‘city of the dead’ and to create a ‘headstone for the city’. Bombay, according to Thayil, ‘deteriorates before your eyes’ as the Arabian Sea wind sweeps through the newly built high rises of its most affluent areas. For Thayil the idea of the urban was always tied to its counterpoint the rural; a dichotomy which he expressed as ‘Baudelaire vs. Wordsworth’. The city, in Thayil’s Baudelaire inspired conception, is ‘a place where freedom is possible and anonymity is possible’, a land of freedom which is being rapidly curtailed by the spectre of globalisation and the increasing politicisation of urban space in India.

The discussion, which becomes as much of an elegy for the cities of their youth, ends with two readings: Chaudhuri from his book Calcutta and Thayil from Narcopolis. Chaudhuri’s passage is a reflection on his experience when viewing a Cezanne painting of Montagne Sainte-Victoire, and his surprise that the natural elements in the painting were the most modern, and the most urban. This suggested to him that the dichotomy between the urban and the rural and between modernity and the traditional, which is so bound up in our understanding of the contemporary world, should be subverted and re-evaluated. Thayil read from the prologue of Narcopolis, in which it uncertain who is narrating, a protagonist or the city itself, and which expresses our own ambivalent relationship to the cities which simultaneously inspire us and alienate us: ‘Bombay, which obliterated its own history by changing its name and surgically altering its face, is the hero or heroin of this story, and since I’m the one who’s telling it and you don’t know who I am, let me say that we’ll get to the who of it but not right now, because now there’s time enough not to hurry, to light the lamp and open the window to the moon and take a moment to dream of a great and broken city’.