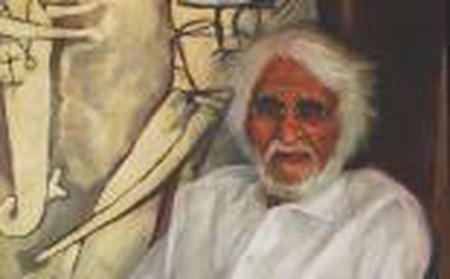 One of the only Indian painters to have garnered worldwide recognition, Maqbool Fida Hussain (1915-2011) remains an influential figure in India through his legend. Here, we look at the uniqueness of his art, which was informed by his struggle.

The most affecting aspect of MF Hussain is the story of how he catapulted to fame. Born to a very poor family in Northern India, he lost his mother at the age of two. Having very little support, he taught himself to paint. As a young man, he had to make ends meet by painting cinema hoardings. These were gigantic in size, as they had to cover the larger billboards. Hussain later reflected that painting on such a large scale was probably what trained his hands in the patience that his skill required. His other odd jobs, including designing and making toys in workshops, further harnessed it.

A turning point in his career was when he visited Delhi to research ancient Mathura sculpture and classic Indian miniature paintings. This led him to assimilate fundamentally Indian subjects with a westernized technique. 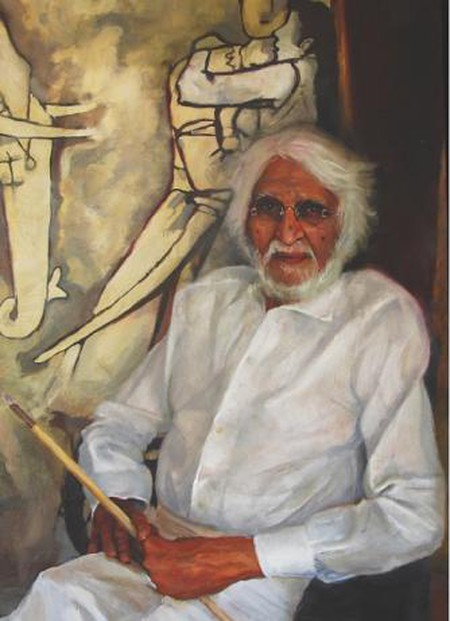 Hussain’s art involved an altered Cubist style, and incorporated primordial avenues of Indian mythology and culture. He frequently drew inspiration from epics such as the Mahabharata and Ramayana, and characterised gods and goddesses in modernist style. One of his most acclaimed works is The Battle of Ganga and Jamuna, an epic diptych that fetched $1.6 million at a Christies’ auction. This enormous canvas personifies the two holy Indian rivers and underlines the toll of war.

The contemporary take on Hindu legends in his collective works didn’t resonate well with a section of the conservative Indian folk who chastised his art, and succeeded in banishing the ‘barefoot painter’ to Qatar, his adoptive country.

Beyond the controversy, he led a resplendent life. Several of his artworks garnered adulation and riches from festivals and auctions worldwide and earned him the label of ‘the Picasso of India’. And the man was multi-talented too. His first motion picture, Through the Eyes of a Painter won a Golden Bear at the Berlin Film Festival of 1967. The movie is essentially a collection of day-to-day scenes from rural Rajasthan, shot from a surrealist perspective and set to traditional Hindustani music. Hussain dabbled in other movie projects with popular Hindi actors as well, with lesser success.

Through the years, Hussain worked on a number of subjects, a few being the British Raj, Mother Teresa, the city of Calcutta, ancient Indian war horses and eminent personalities from the fields of arts and sciences. Evidently, he preserved as sacrosanct an Indian element despite painting in a non-traditionalist style and brought his India to the world. For his radical new form, Hussain was awarded all the major civilian honours of India and was also appointed by the President to serve for brief term as a Member of Parliament.

In India, the entire gamut of his art is widely considered to be in the same league as Cezanne and Matisse. A bold and reputedly eccentric man, his fierce personality showed in his paintings. Every individual piece suffices to rush in a barrage of emotion — be it grief, longing or wonderment. Years after, he is still remembered as the precursor to the avant-garde league of Asian artists who broke away from tradition and established an eclectic style of their own.

Besieged by ill health and still pining for his homeland, MF Hussain passed away in 2011 in London, leaving his people with a sense of pathos and sorrow but mostly, pride.