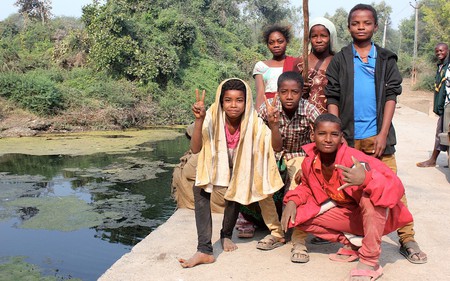 The Siddis are a community of African-origin Indian people living predominantly in India’s states of Karnataka and Gujarat. They self-identify as Indians – they speak local languages, wear native clothing and follow the same local customs and traditions – but because of their physical appearance, they are widely regarded as ‘outsiders’ and live together in small communities in rural areas and wastelands.

India has a long history of people’s movements within and across its borders, under varying circumstances and this has significantly contributed to shaping the country as one of the most diverse in the world. In contrast to what is often seen from the outside, India has many faces. Today, the Siddi people are one example of a legacy lost in the pages of Indian history.

A brief history of Siddis in India

The Siddi people are an Indo-African tribal community that descended from the Bantu people of Africa. Their presence in India can be traced back as early as the 7th century. The most likely reason for their initial appearance in India was slavery, brought over by Arabs and later, Europeans during their colonizing of India. When slavery was abolished in the 18th and 19th centuries, the Siddi people are believed to have fled into the dense jungle areas and isolated parts of India where they are still found to be living to this day in small settlements. Some have also said that they came as soldiers with the Arab community and independently as sailors and merchants.

On first glance, Siddis stand out because of their physical appearance. Despite having lived in India for centuries, the Siddi people have managed to retain their typically African features because they marry within their communities. It’s quite rare for Siddis to marry a person from outside of their community. They dress in the same way as other locals and they speak local languages fluently. Men typically work as drivers or security guards while women stay in the home (typical labour patterns in India) and their staple diets consist largely of rice, dal and pickles.

The Siddi people were largely living unnoticed until the 1980s when they caught national attention for their perceived athletic ability. Because of their African lineage, the Sports Authority of India decided that their natural athleticism could be used to win medals for India at world sports competitions. A number of Siddi children were selected to be coached as athletes once the Special Area Games Project was set up. The program did plenty for both the Siddi people and the country. It brought public acceptance to Siddis and enabled them to gain jobs while India won medals. A well-known Siddi member, Kamala Mingel Siddi, is still regarded as one of the best national and international Siddi athletes.

Unfortunately though, after some years, the program was cut and Siddis were asked to return to their homes and back to their lives as outsiders. Several attempts have been made to revive special sports programs for the Siddi community, however, none have been successful.