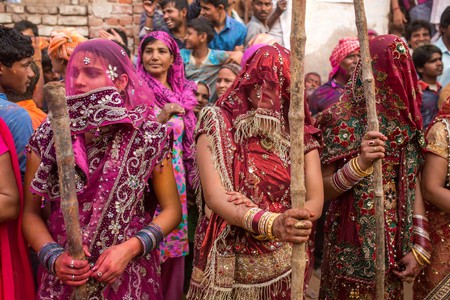 India is culturally diverse and many festivals of different religions are celebrated in the country. When it comes to religious festivities, Indians are probably the most ebullient and faithful. What else could explain a century-old, locally celebrated Hindu festival called Lath Mar Holi where women beat men with sticks? Here’s all about the festival – the celebration and why it’s performed.

What does Lath Mar Holi mean?

Lath (stick) mar (beat) Holi (the Hindu festival of colour). Together, the phrase means the festival of Holi where sticks are used to beat. 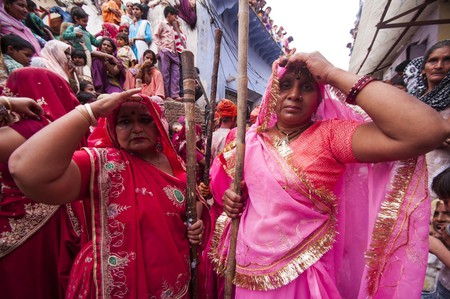 Thousands of men from all parts of Mathura district in Uttar Pradesh come to Radha Rani temple in a village called Barsana. After a small ritual ceremony, everyone gathers in the temple compound and in the famous narrow lane in front of it called ‘Rang Rangeeli gali’ (the colourful lane).

The celebration starts with women smearing colour on men and they make sure no one’s left out. Villagers sing folk songs and women dance for their audience. Sweet shops overflow with a cold drink called thandai which is prepared with an edible form of cannabis called bhang. On the next day, men arrive in Barsana again, and this time they try to smear colour on the women in the village. Then, the women take out sticks and try to beat the men who save themselves with shields. While men try to save themselves and each other, the women shout and cheer for their friends and urge them to chase and hit harder. All this is done in jest and everyone gathered participates in the fun.

Indian mythological stories write about Lord Krishna in different stages of his life. In his days as a young man, he was mischievous and playful. He often visited Barsana, the village where his beloved Radha used to live. Once, days before Holi, the Indian festival of colours, Krishna visited Barsana with his friends and, together, they teased Radha and her companions. Taking offence to this, Radha’s friends chased the men away with sticks. Lath Mar Holi festival is a re-enactment of this legend. 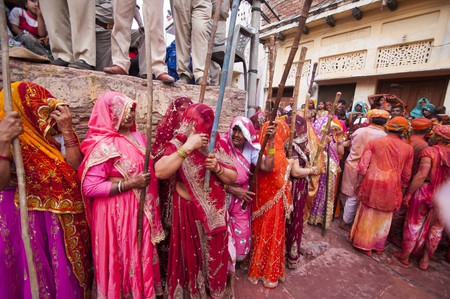 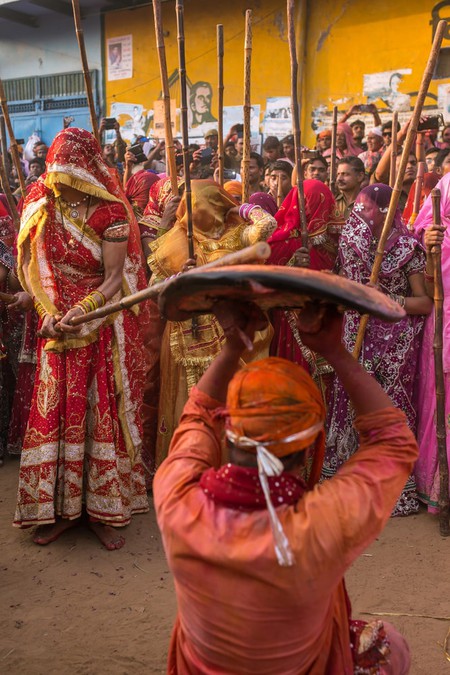 Where is Lath mar Holi celebrated?

Since the legend of Lath Mar Holi began with Krishna, the festival is celebrated in the Mathura district, where it is believed he was born. Krishna is one of the most popular and widely revered Hindu deities in India. 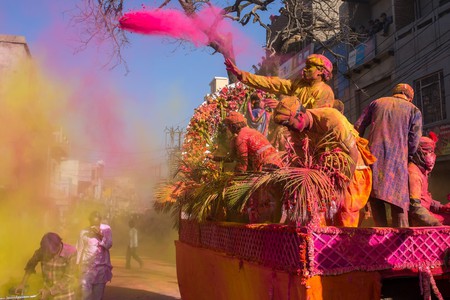 On the first day, men and women play with colours in Barsana | © Alexander Mazurkevich/Shutterstock 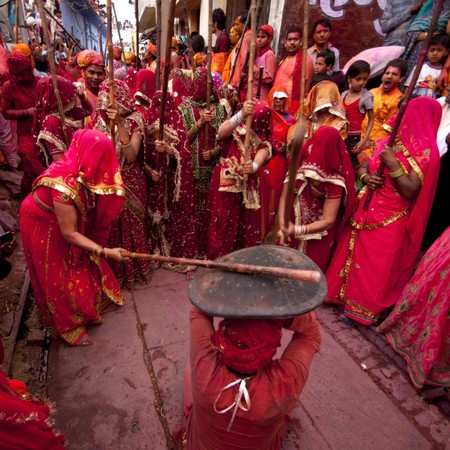 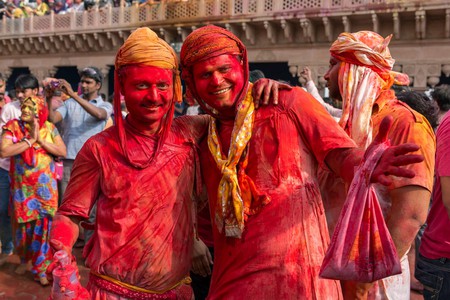 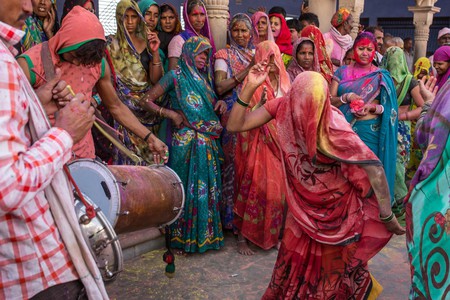 Lath Mar Holi is a Hindu festival celebrated in Mathura, India | © Alexander Mazurkevich/Shutterstock
Give us feedback