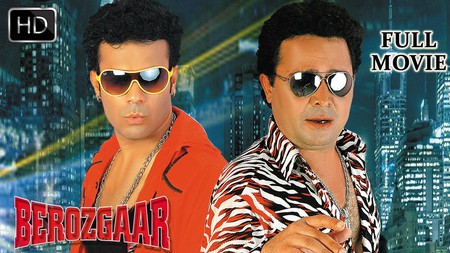 Hyderabad, the capital of Telangana and the centre of the erstwhile Nizam state hosts different communities of people, reflected in the diversity of its food, architecture, language and cultural space. One such community is explored in Hyderabadi Urdu cinema.

To be greeted with ‘khairiyat?’ is the perfect example of Hyderabadi courtesy tinged with irreverence. This quality characterizes the pithy statements exchanged in verbal wars across Hyderabad with those polished in the art of loving demolition of friends and foes alike.

Telugu, especially in its variant of ‘mass’ humor, is no different. Tollywood (mainstream Telugu cinema) is filled with examples of the emerging-from-loss, brash, anti-establishment, smooth-as-sandpaper variant of humor, typified by the character of the ‘Hero.’ Hyderabadi Urdu, a lively mix of Telugu, Deccani and Urdu, is the perfect mirror to this feature.

Not surprisingly, the cinema emerging from the sights and sounds of the Old City is a celebrated sub-cultural experience of Hyderabad. Immensely popular with the Hyderabadi diaspora in the Gulf, the first few DVD releases saw a major distribution boom outside the country.

Tollywood, ever since its inception in the city of Madras and later in Hyderabad, has existed in make-believe cities and fantasy foreign locations, except for a few filmmakers whose work remained grounded in the actual city space. Hyderabadi Urdu cinema, on the other hand, cannot function without its central character, Hyderabad, the lanes around Charminar, and the gullies of Old City. Most often, the Irani Cafés form the background to the characters’ banter with Osmania biscuit, cigarettes, and sweet Irani chai.

The Angrez (2005, Kuntaa Nikhil) was a roaring hit and literally kickstarted the alternate pirate DVD trade abroad. While the mainstream Telugu industry remained unaffected, films like this one generated great interest in the language and people of the Old City. Many lifestyle channels soon put Hyderabad on their travel maps, and covered the runaway tongues of the Old City residents.

Hyderabad Nawabs, Angrez 2, Kal Ka Nawaab, Aadab Hyderabad, Hyderabadi Bakra, Hungama in Dubai, Berozgaar etc. followed, and tried to recreate what The Angrez had imagined. This parallel distribution allowed Hyderabadi Urdu cinema to remain free of the vicious grip of established distribution networks (that did not consider the emergence of this cinema as a threat to their existing fan base). It is, thus, Hyderabad’s very own independent cinema circuit. A year after The Angrez came out, Hyderabad Nawabs (2006, Lakshmikanth Chenna) a full-length Hyderabadi Urdu film released in Prasads Multiplexthe, became the most popular among young cinema-goers and raked in massive earnings, alongside Lage Raho Munnabhai.

The stock characters of The Angrez include the ‘Angrez’ (Telugu-speaking NRI bachelors trained in the software industry, a parody of the IT boom in Hyderabad) and their fitting rivals, the residents of Old City, well-versed in Hyderabadi street-smarts. They are linked through tortuous plots, inevitably funny in their sheer confusion.

The ‘Angrez’ are tiresome and painfully contrived, and their range of experiences include the office, seducing faux-coy women in apartments, and being chased by the Old City gang. On the other hand, domestic relations in the Old City are tilted in favor of domineering women. Perhaps, the faint hope is that these tired typifications shall nullify each other. The lead Old City characters are also shown in the classic ‘Roadside-Romeo’ fashion: leering at, commenting upon, and stalking women without restraint (on bikes, on foot, near shops), standing parked near paan dukaans, smoking cigarettes on credit and exhibiting the woefully familiar pack-of-wolves behavior around retreating women. Such behavior on Telugu film screens is a rite of passage; an important lesson imparted and imbibed in the art of being a masculine pain in society’s posterior.

Among the cast, Ismail Bhai (Dheer Charan Srivastav) and Salim Pheku (Mast Ali) steal the show, as they are meant to. These two characters recur through many versions of the same plot (leading eventually to humour fatigue). However, they are hilarious as the oddly-matched, variously boasting, now beaten, later threatening, idiosyncratic characters of Old City. Salim Pheku, as his name suggests, is a pathological liar garbed in fluorescent neon, striped open-necked shirts, heavy metallic chains and swagger. Given to braggadocio, his stories are thinly veiled suggestions of failure, but nothing gets Salim Pheku down. Ismail Bhai, on the other hand, is the unlikely leader of the gang comprising Jahangir (Aziz Naser), Chaus and Gafoor, Earl-of-Elmsworth-esque in his bumbling, three wives in tow, apparently bullied by all. Ismail Bhai constantly assures his gang of his standing in Charminar over many decades, but as is the case, the other gang-members deflate the claims made by these charming central figures, tongue-absolutely-in-cheek. Without a doubt, the contrasting NRI/Telugu characters pale in comparison to the Old City folks.

Looked down upon by many as B-Grade cinema, Hyderabadi Urdu film suffers from a lack of recognition beyond its intended audience, unlike regional Bhojpuri cinema. While Hyderabadi Urdu and its sass made an entirely unconvincing appearance in Daawat-e-Ishq (2014), here’s to hoping it breaks free of its unimaginative spell and shows Hyderabad the way its people know it. The title song, rap-style of The Angrez is an inventory of places to see, things to eat and reasons to remember why Hyderabad should feature more often in popular imagination.