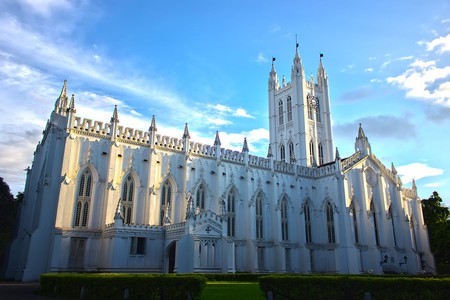 One of India’s most historic and cosmopolitan cities, Kolkata has been at the center of activity of various civilizations at different points in time. Large populations of Chinese, Armenian, Jewish, and other immigrant communities have all called Kolkata home, and the city’s stunning architecture pays testament to its social, political, and cultural richness. These six colonial-era buildings are striking reminders of a Calcutta (present-day Kolkata) that served as capital to British India. 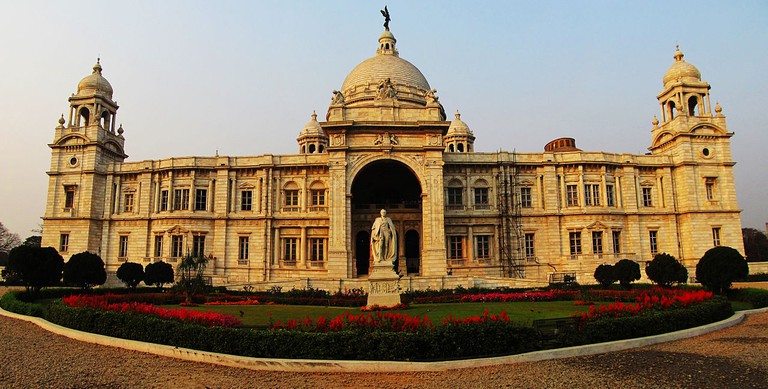 Victoria Memorial | © Sautrik144 / WikiCommons
This beautiful monument, one of Kolkata’s best known, was built between 1906 and 1921 in memory of Queen Victoria, following her death in 1901. Planned by British architect William Emerson, the building is constructed of white marble sourced from Rajasthan and combines Indian and British styles of design. Architectural influences from around the globe, including Egyptian, Venetian, Mughal, and Deccani elements, can be observed in this impressive building.
Open In Google Maps
Victoria Memorial Hall, 1 Queens Way, Maidan, Kolkata, West Bengal, 700071, India
+913322231890
Visit Website
Give us feedback 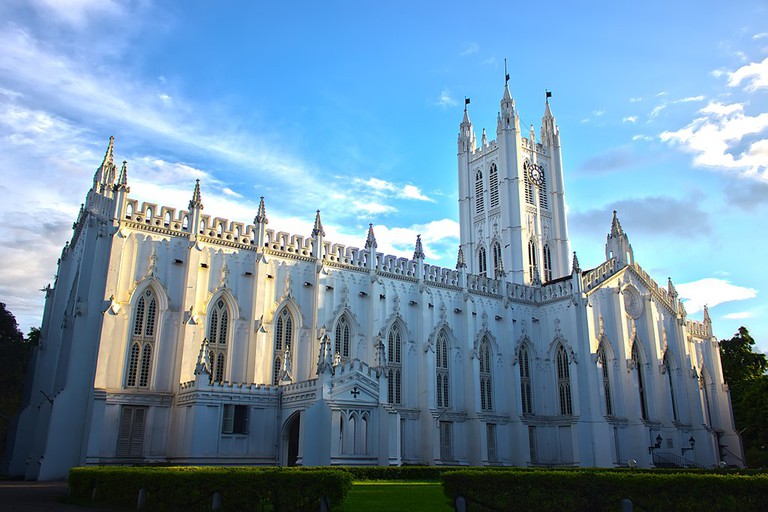 St. Paul’s Cathedral | © Ankitesh Jha / WikiCommons
Built in 1847, this is said to be the largest cathedral in India’s City of Joy. Featuring gothic architecture and stained-glass windows, the pristine-white cathedral was built to tend to Calcutta’s growing European community in the early-19th century. Before this, Anglicans depended on the much smaller St. John’s Cathedral that had been built in 1787.
Open In Google Maps
Cathedral Road, Maidan, Kolkata, West Bengal, 700071, India
Visit Facebook page
Give us feedback 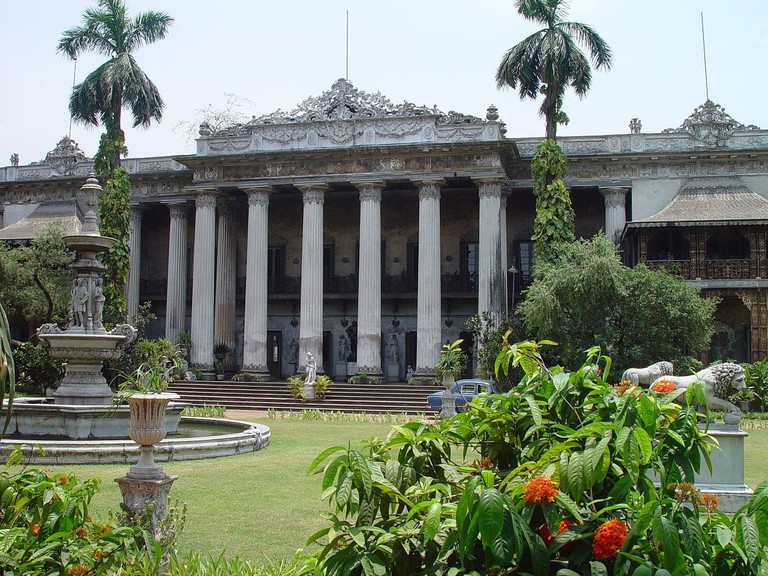 Marble Palace, Kolkata | © Mjanich / WikiCommons
Located in historic North Kolkata, this 19th-century mansion was built by Raja Rajendra Mullick, a wealthy Bengali merchant who also happened to be an art enthusiast. The three-storeyed, neoclassical building features marble walls and floors, and houses a rich collection of paintings by Indian and European artists. In addition, interiors are peppered with sculptures, antique furniture, and other valuable items. While the descendants of Mullick continue to live in Marble Palace, parts of the house that they don’t inhabit are open to the public.
Open In Google Maps
Machuabazar, Kolkata, 700007, India
Give us feedback 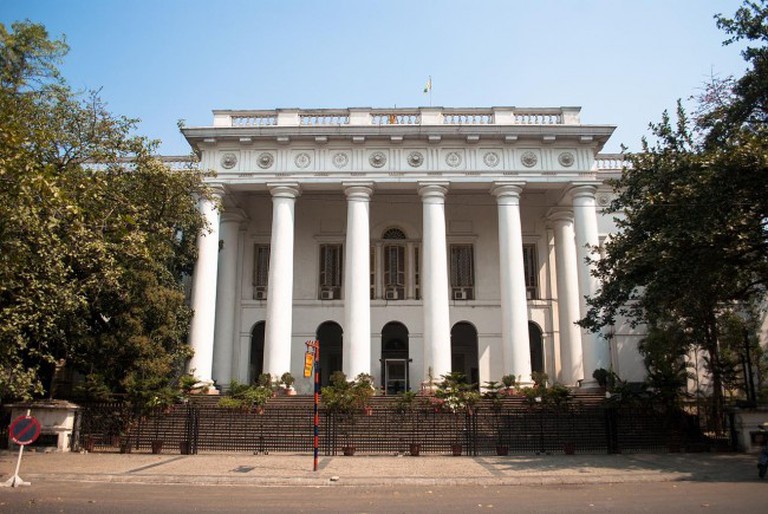 Kolkata Town Hall | © Sujay25 / WikiCommons
Built in 1813 to provide a place for Calcutta’s European community to gather for social events, the Kolkata Town Hall is today among the best-known buildings in the city. Made in Roman Doric style, the building was used for judicial purpose in the latter half of the 19th century, while the Calcutta High Court was under construction. In addition to a museum, the town hall also houses a reference library, with over 12,000 books and journals, including some very rare editions.
Open In Google Maps
Kolkata Town Hall Esplanade Row West, B.B.D. Bagh Kolkata, West Bengal, 700001, India
Visit Facebook page
Give us feedback 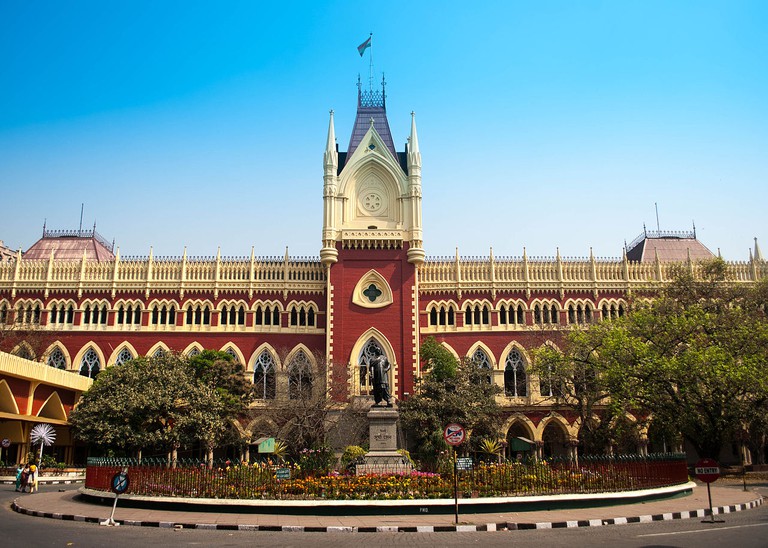 The oldest High Court in India | © Sujay25 / WikiCommons
The oldest High Court in India, this establishment was set up in 1862 – although the neo-gothic building it’s housed in wasn’t constructed until 10 years later. Designed by British architect Walter Granville, the structure is said to be modeled on the Cloth Hall in Ypres, Belgium.
Open In Google Maps
3 Esplanade Row West, B.B.D. Bagh Kolkata, West Bengal, 700001, India
+913322487485
Visit Website
Give us feedback

Home to the National Library Of India, the largest library in the country by volume, the Belvedere Estate is believed to have been constructed in the mid-18th century. Belvedere House is thought to have been built by Mir Jafar Ali Khan, the Nawab (ruler) of Bengal during the 1760s, who then transferred it to the British East India Company. 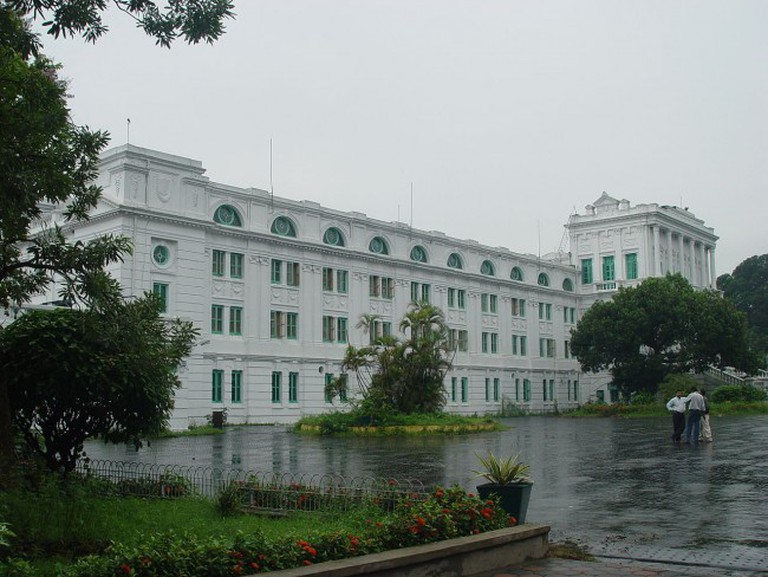