ASIA
/
INDIA
/
KOLKATA
/
Things to Do

Once the capital of British-ruled India, Calcutta – or Kolkata in Bengali – has long been a breeding ground for intellectual, political, and artistic movements. The second largest city in India, Kolkata continues to develop as a center of Indian culture, with many independent art galleries springing up over the past 20 years. The galleries in our curated selection highlight an emerging contemporary Indian art movement and exhibit some of the best Indian contemporary artists. 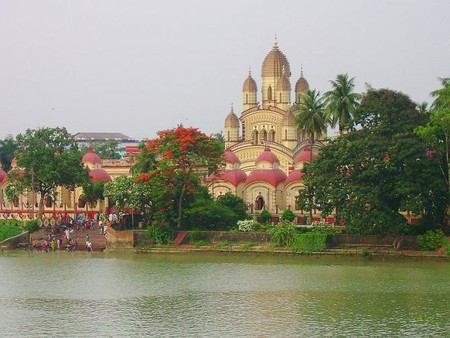 Art Gallery
Facebook
Email
Twitter
Pinterest
Copy link
Share
Map View
For almost 30 years, Genesis Art Gallery has been an essential player on the contemporary Indian art scene, promoting the work of emerging young artists and curating exhibitions and collections of major works in the field. Amongst the vast number of names they have represented, Rameshwa Broota, Suhas Roy, and Sunil Das stand out alongside many others that are respected in both the Indian and international contemporary art worlds. The gallery has always been committed to widening the horizons and breaking boundaries in the local art community, and it has thus become well-known and trusted amongst locals and visitors alike. Under the directorship of a new, young curator, Isha Mody, the gallery is developing into a thoroughly enterprising business, producing provocative exhibitions such as Articulate: A Conversation with Art, and continuing to provide the highest level of service to art collectors and enthusiasts.

Galerie 88, Kolkata | © Nadia Kabi-Linke
A peer of the aforementioned Genesis gallery, Galerie 88 has been in business for almost as long and has also had a profound impact on contemporary art in India, having curated over 200 exhibitions, including international art shows in London and Singapore. Through its own publication series, the gallery has promoted information about the art world, producing researched catalogs and books on contemporary Indian art. Their ambitious management has seen them successfully develop two additional gallery spaces in Kolkata and another branch in South Mumbai. Exhibitions attract huge crowds and range from showcases of graphic art to a series of paintings titled A Village in Bengal. The gallery has also hosted the collection from India’s Festival for Modern and Contemporary Art, representing far more than the local Kolkata art community, with work from artists such as M F Husain, whose last paintings have also been shown at London’s Victoria and Albert Museum.

Experimenter Gallery is, in essence, a gallery that is deeply contemporary, showcasing only those artists and works that represent and interpret the society we currently live in. The gallery is committed to supporting young artists who work across artistic disciplines to create a contemporary art community that spans localities and situations. Past exhibitions have not shied away from political dimensions, presenting work by Shilpa Gupta and Iman Issa addressing issues in India’s armed forces. In addition to organizing thematic exhibitions, Experimenter runs an annual ‘Curators’ Hub’, providing a platform for critical engagement and discussion of the curatorial aspirations in Indian contemporary art. The effects have been a dynamic and compelling series of events, placing the gallery securely as an innovator on the contemporary art scene.

Art Gallery
Facebook
Email
Twitter
Pinterest
Copy link
Share
Map View
Although the Masters Collection Art Gallery originated to curate and promote the work of the Indian ‘Old Masters’ from the 12th to the 20th centuries, the gallery shifted their focus to emerging trends in modern and contemporary art after seeing an explosion of productivity and interest in the contemporary Indian art world. Their collection includes a brilliant array of colors and scenes, from provocative realist portraits of women to vibrant pop art collages, from eerie surrealist depictions to innovative representations of Hindu gods. The gallery regularly organizes independent and sponsored exhibitions, showcasing both eminent and upcoming Indian artists such as Amit Bhar and Buwa Shete. Both artists experiment with form, color, and space to pioneer creative new works in their field. The gallery complements its physical collection with a superb online exhibition space and art provider, making it a forerunner in the field of art consultancy and curation. 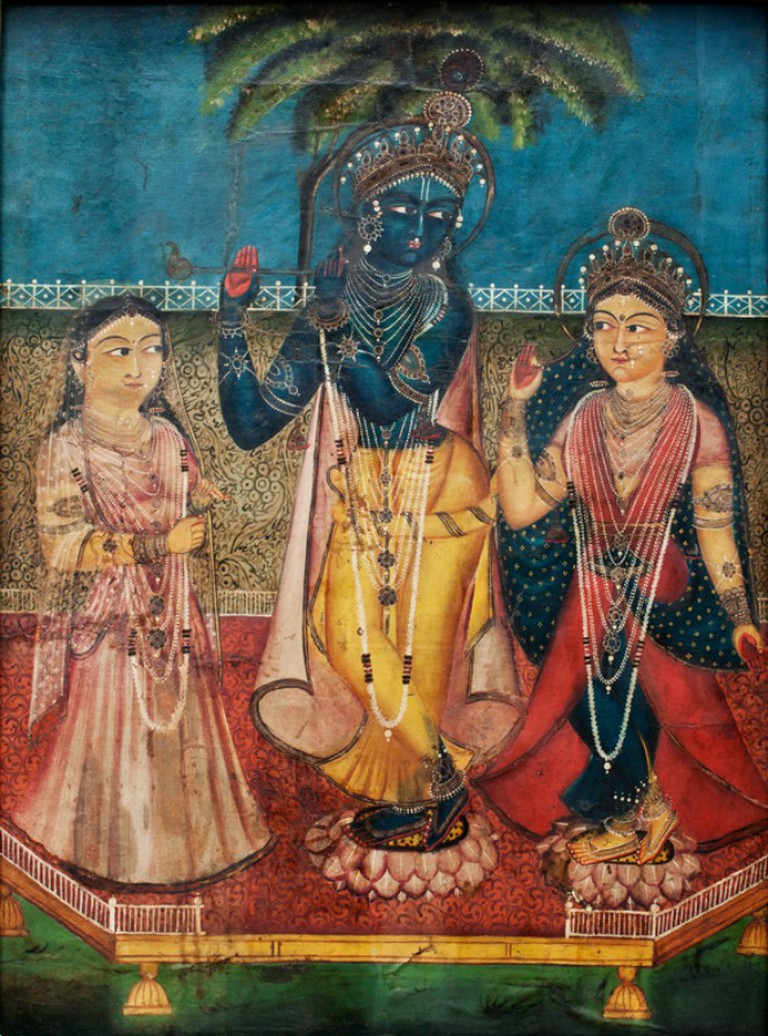 Verandah Art, Kolkata | Courtesy of the Chitrakoot Gallery
Unlike the aforementioned relatively large exhibition spaces, Verandah Art Gallery is a boutique, specializing in a small but elite collection of contemporary artwork. The gallery places emphasis on encouraging emerging artists to break into the field, and thus actively seeks out young talent to add to their represented artists, continuing to promote their work once they are established. The collection spans a range of genres, including realistic, figurative, abstract, surreal, and experimental work, all with an aim to represent the development of Indian culture in modern times, by artists such as Shipra Bhattacharya, Suhas Roy and Jagannath Paul. The gallery also displays and sells sculptures by well-known Indian sculptors, and a series of photographs by Australian-born Indian culture enthusiast Gary Solway. Verandah Gallery’s scope and commitment to contemporary art transcends its boutique size and is well worth a visit for an organic Kolkata art experience. 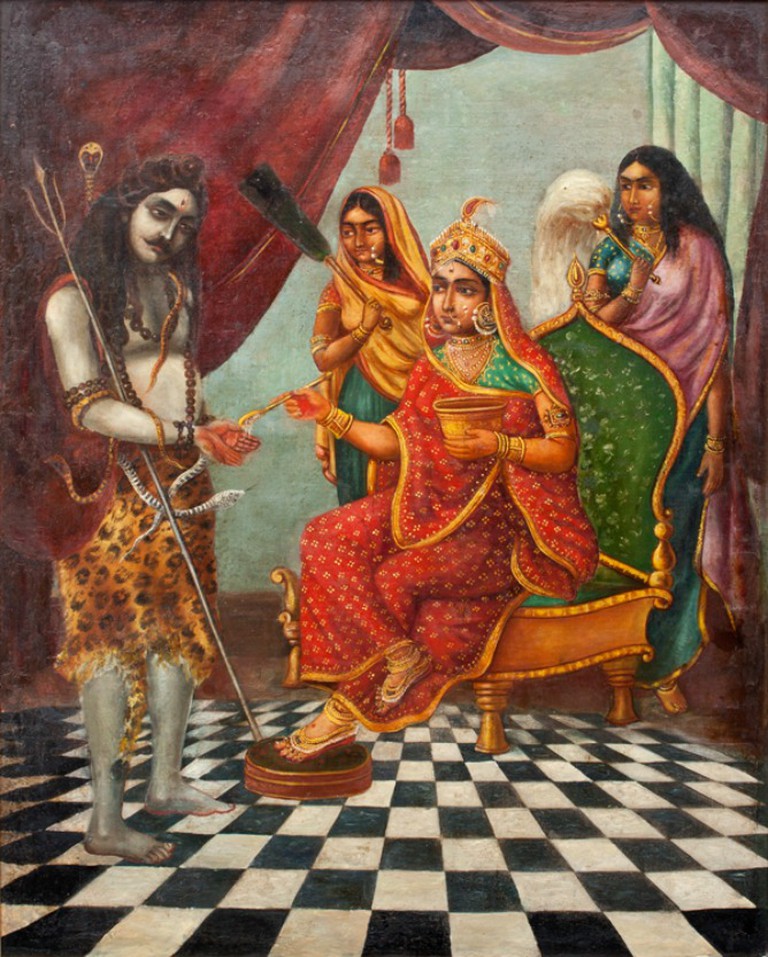 Chitrakoot Art Gallery, Kolkata | Courtesy of the Chitrakoot Gallery
The oldest commercial art gallery in Kolkata, the Chitrakoot Art Gallery began as a collective space for artists of South Kolkata and was supported in its early days by a host of these artists, including Bikash Bhattacharya and Sunil Das. The gallery has exhibited work by these renowned names, and many more great Indian contemporary artists, so much so that famed painter M F Husain was a regular visitor to the gallery. Boasting a collection that rivals museums in its quality and quantity, the gallery also has a photography exhibit, an art library, a restoration department, and an art valuation consultancy. Past exhibitions stand out for unique and evocative themes, such as 99 names of Allah and The Merchant of Dreams. Perhaps the best-known gallery in the city, Chitrakoot Art Gallery has a reputation as a meeting place for the city’s art and culture enthusiasts. 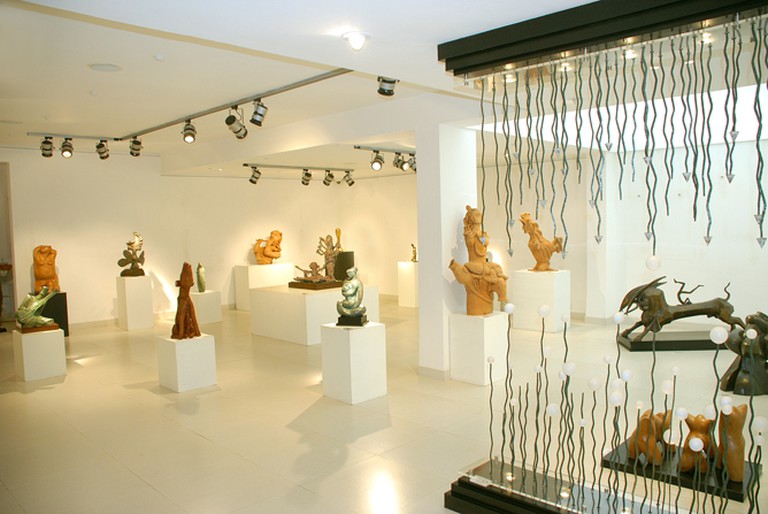 Installation at Aakriti Gallery
Curiously, the Akar Prakar Gallery started as a furniture showroom in Jaipur, transplanting to Kolkata in 1992, and transforming into the art space that it’s known as today. For years the gallery specialized in ‘media shows’, intent on developing a widespread cultural interest in the contemporary Indian art scene. Exhibits include a variety of artistic mediums, from watercolor paintings to mixed media works. The gallery will host the 2014 Indian Art Fair, displaying pieces by Bikash Bhattacharya and SH Raza, in addition to its independent exhibition Waste Side Story, a pertinent collection of works by Debanjan Roy. The diversity and quality of the exhibitions are particularly noteworthy, as the Akar Prakar Gallery seems to effortlessly stand out from the host of art spaces in the city. 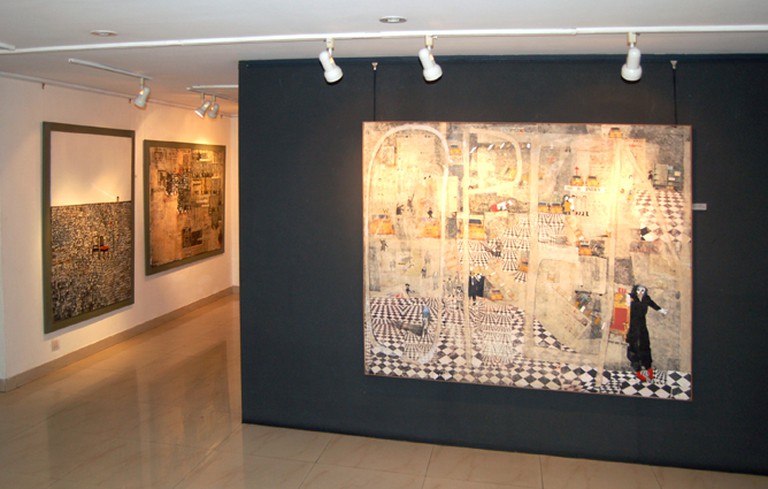 Aakriti Art Gallery, Kolkata | © Aakriti Gallery
Aakriti Art Gallery describes itself as having a curatorial focus on contemporary visionaries, young upcoming talents, and historical masters. They are committed to capturing a high level and diversity of contemporary Indian art in their collection. Crucially, Aakriti is more excited about the creativity of lesser-known emerging artists than about representing those that are already famous, and consequently, it organizes the regular series of GenNext exhibitions to promote young talent who they believe to be pioneering original and unique developments in their art. The gallery itself is a large space right in the heart of Kolkata, with two separate wings: one displaying paintings and photographs, and the other showcasing the best of contemporary sculpture. A seasonal program of public events is held onsite, so keep your eye out for these popular activities when you visit Kolkata.

With over 15,000 square feet of exhibition space, the Emami Chisel Center is an immensely popular destination for art enthusiasts in Kolkata. The collection is comprised of paintings, sculptures, and drawings, either commissioned or donated by artists, other curators, private collectors, and art galleries. The gallery itself is striking, set in low lighting with pillars, podiums and an elegant steel staircase leading up to the second-floor balcony and square atrium; there is a visual feast for the visitor wherever they turn. The art is vibrant, replete with color and often in surrealist style. The center organizes the Emami Cultural Fiesta, showcasing not only visual arts but performance art as well. Through its exhibitions and events, Emami Chisel is laying the groundwork for an art revival in Kolkata.

Art Gallery
Facebook
Email
Twitter
Pinterest
Copy link
Share
Map View
Better known for its branch in Mumbai, the Chemould Art Gallery is also a fixture on the Kolkata art scene, organizing regular events for the art community, such as a condolence gathering and an impromptu exhibition on the occasion of the passing of well-known artist Prakash Karmakar. The franchise stakes a claim to being one of the oldest private art galleries in all of India, founded in 1941 before an independent India had event been born. The founder – Mr. Keekoo Gandhy – mentored many of the artists of the progressive 1960s scene, who would then go on to prominence, such as M F Husain, Tyeb Mehta, Ram Kumar, and SH Raza, many of whom have exhibited their own work at the gallery over the years. The gallery developed from frame manufacturing into art collecting, for which it is now known across India, with past exhibitions including the seminal series Masterpieces – from the likes of Sujiata Bhowmik, Kumarjit Majumdar and Surojit Das – and the contrasting exhibition Prayas, celebrating novel work from over 100 young emerging artists. Chemould Gallery remains one of the most influential contributors to a diverse, active and inclusive art community in Kolkata.
Give us feedback