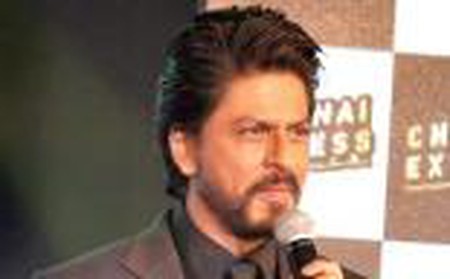 Shah Rukh Khan is one of India’s most famous and beloved film stars. He’s called “SRK” by his fans and recognized as “The King of Bollywood” by the public. Here’s what else you need to know about him.

A star is born

Born in 1965 in New Delhi, Shahrukh Khan grew up loving cinema and western television. Unlike actors born into Bollywood dynasties, SRK is a self-made star. His father owned a transport company and his mother was a magistrate.

When he was growing up, however, his mother routinely compared his looks to those of Bollywood legend Dilip Kumar. The Hindi stars Kumar and Rajesh Khanna allegedly influenced Khan’s acting style.

After completing a degree in Economics, Kahn landed the leading role of a young commando in the television serial Fuji in 1988. The show was well-received by critics and SRK’s performance drew the attention of many casting directors.

His made his film debut in the commercially successful Deewana (1992) alongside top Bollywood actress Divya Bhati. His career grew through his choosing to play villains in such films as Daar (1993), and Anjaam (1994). He then began to play more heroic roles.

Though Bollywood films are often labelled escapist and unreal, SRK defends the genre. He says that “our fantasies and escapism are real. We don’t have people going up in a rocket and single-handedly blowing up a meteor – it’s just people singing and dancing in the street.”

The Tom Cruise of Bollywood

Khan gained particular recognition for his performance in Dilwale Dulhania Le Jayenge (The Brave Heart Will Take The Bride, 1995). This leading role was rumoured to have been intended for Tom Cruise, earning SRK yet another nickname, “The Tom Cruise of Bollywood”.

After turning down a role in the Oscar-winning Slumdog Millionaire, Khan produced and star in My Name Is Khan (2010). His moving performance as a Muslim with Asperger syndrome whose life is turned upside down in the aftermath of 9/11 won him his eighth Filmfare (or Bollywood Oscars) Best Actor award.

The film’s message is “we are stronger than our fears, greater than our limits, more than just a name”. A success domestically and and internationally, it sparked controversy over its depiction of American Homeland Security officers and the treatment of Muslims in America post 9/11.

Khan’s long history of playing romantic heroes has won him immense popularity. In recent years, however, he has felt the competition from younger Hindi actors and accepts that his casting as the romantic lead won’t last forever.

His industry friends fondly describe him, in fact, as ‘”the longest-running fluke ever” – his charisma and dance moves seeming to overcome the fact that there are more attractive Bollywood actors and that he cannot sing (his songs are dubbed).

Beloved by fans across the globe, SRK is known for showing his gratitude toward them. He keeps in touch with them through social media links and public appearances. He has 21.7 million followers on Twitter (@iamsrk), and on his birthdays crowds of well-wishers gather outside his Mumbai mansion.

“I don’t want a normal life,” he says. “I am happy with the fact that people know me….I want people to bother me when I’m having lunch”.