Kettuvallam: The Magnificent Houseboats of Kerala 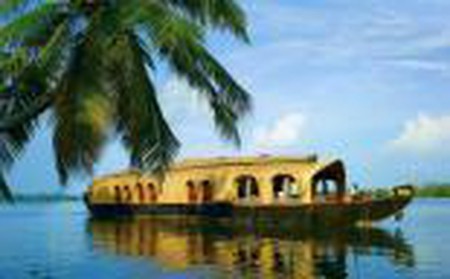 The houseboats of the Southwestern Indian state of Kerala, known as Kettuvallam, navigate the area’s winding backwaters and offer a relaxing method to travel in India. Although modern Kettuvallams serve principally as a tourist attraction, these boats have a long history deeply tied to the economy of Kerala.

Known for its towering mountain ranges, deep valleys and flowing rivers, the Southern Indian state of Kerala is home to some of the most flamboyant houseboats in the world. Although Jammu and Kashmir to the north is also known for its number of finely crafted vessels, these are typically stationary and remain moored by the riverbanks. Meanwhile those found in Kerala continue to navigate the area’s lush backwaters and lagoons, offering visitors tranquil journeys through historic and remote locations.
Referred to in Kerala as Kettuvallams, houseboats were first built in Southwestern India in around 3,000 B.C.E. and were used for the transportation of merchandise such as rice and spices as well as passengers. With an average length of 100 ft, the immense scale of the boats allowed them to transport impressive quantities of goods, equal to three times that which can be carried by a modern cargo truck. For centuries these boats navigated the backwater canals, yet as time passed and technology advanced, traders began to prefer efficiency and speed over the elegant charm of the Kettuvallam, and the boats was ultimately overtaken by trains and motor-vehicles. 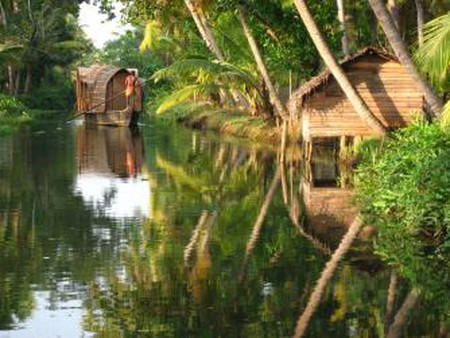 In more recent years increased tourism has resulted in the assembly of many ancient style Kettuvallams, and new versions of these venerable cargo ships have been built following the same traditional techniques. Incredibly, not a single nail is used to construct the body of the boat. Instead the hull is formed from long wooden planks fastened together using coir rope with coconut fibers fitted in between, and is ultimately coated with a black resin made from boiled cashew nut shells. Many Kettuvallams also continue to be maneuvered with the use of man-operated bamboo poles, preserving the blue-green waters of Kerala’s lengthy canals.
Although much of the concept remains the same, certain changes to the shape and design have been made to adapt the boats to their new function. Modern vessels are complete with up to date fixtures and appliances to allow for optimum comfort. As in the original Kettuvallam designs, the upper portion of the ships are woven of natural materials like panambu, bamboo and coir, and fashioned into vaulted formations resulting in high ceilings and spacious interiors. Furnishings are made with similar natural materials to inspire a tranquil environment. Most Keralan houseboat experiences are complete with an on board chef to add a culinary element to this scenic adventure. With the numerous lagoons, lakes, canals and rivers that compose the 900 km web of backwater waterways that cut through Kerala, there many companies offering houseboat tours, here are some of the best. 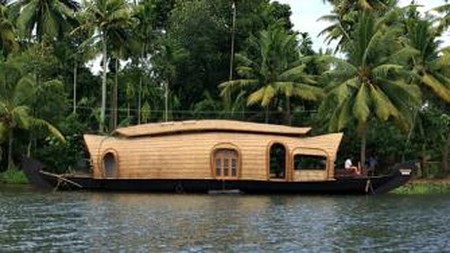 As one of the first companies to offer houseboat cruises in Kerala, Evergreen Tours is based in Allepey, the most popular starting point for a Kettuvallam holiday. With fine wooden furnishings, bamboo flooring, high ceilings and clean, modern bathrooms, accommodations with evergreen are equivalent to those found in a luxury hotel. Onboard chefs prepare quality Keralan cuisine which is served in an elegant dining space with panoramic views over the palm fringed waterways. 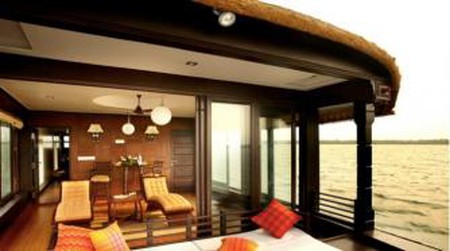 Rainbow Cruises manages a fleet of houseboats offering one, two, three or four bedroom vessels. The chic contemporary decor of the rooms complements the traditional style of the boats themselves for a dignified blend of old and new. Unique forms of entertainment can be arranged upon request and include moonlight fishing in the backwaters as well as demonstrations by professional performers in a number of traditional dances or forms of classical theatre. 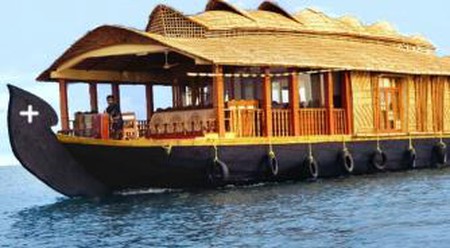 Alleppey Backwater Tour Company offers a wide selection of Kettuvallams and several different tour packages. Each boat features bath attached guests rooms, an open lounge area, a viewing deck, a kitchenette and a skilled crew including a trained chef, boat captain and a skilled driver. Allepey Backwater Tour company houseboats have been certified as Gold Star and Green Palm approved accommodations, the highest rating given by the Kerala Tourism Department. 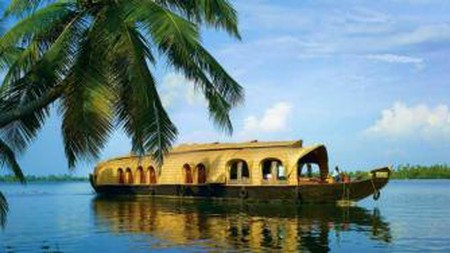 Coco Houseboats celebrates the eco-friendly nature of the Kettuvallam, and demonstrates their dedication to green travel with the use of solar power and a unique bio-degradable toilet system in each of their boats. In operation since 2000, the company offers trips to couples, families or larger groups in their elegant and smartly furnished crafts. 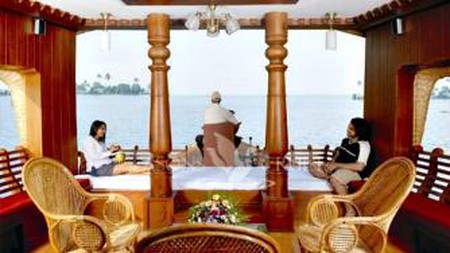 Kerala Houseboat’s fleet of high end barges are made to be as pleasant and comfortable as one’s own home, allowing for optimum relaxation amidst the clear waters, fresh air and abundance of flora and fauna to be found in the backwaters. Guests can choose from a range of travel packages that visit different locations along the exhilarating waterways.