It's Illegal to Visit This Island in the Indian Ocean, and Here's Why 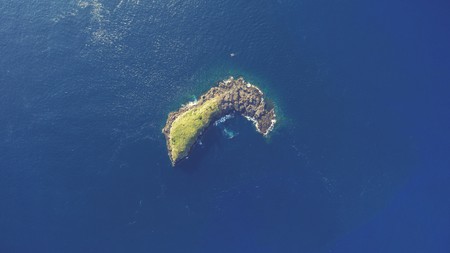 According to the peeps at Travel + Leisure, it’s actually illegal to visit this tropical island in the Indian Ocean. Why? The locals, apparently.

Deep in the Indian Ocean, you’ll come across North Sentinel Island, supposedly the most dangerous and hardest place to visit on the planet. The place is so dangerous in fact that the Indian government has banned its peoples from going anywhere near it. Going within three miles of the island is actually illegal. Why? Well the indigenous people who call the little bubbled utopia home, attack anyone who attempts to set foot on it.

Little is known about the Sentinelese people (this calls for a new Attenborough documentary), but what is known is that they are incredibly hostile to outsiders and are extremely unwilling to communicate with people who aren’t their own. They are so adverse to any outside contact that they actually attacked and murdered two fishermen who washed up on shore back in 2006.

Most of the island is covered in forest, so it is difficult for government officials to learn anything further about the island or its inhabitants. The Indian Coast Guard have been sent to drop off food parcels in the past, but alas, they were greeted with stones and arrows according to Travel + Leisure.

Exactly how many people live on the island is unknown, but estimates range from anywhere between 50 and 400 dwellers. According to some anthropologists, the tribe has lived in absolute seclusion for the last 60,000 years. It’s not just their violence that poses risks to travellers though. Survival International say that the Sentinelese are in danger of dying out and are extremely vulnerable to others because they have not built up immunity to routine diseases like the common cold or the flu.

If you want to know more, watch the short documentary below:

Want to actually visit a tropical island? You can adopt puppies on this one in the Caribbean!

Got a thing for the forbidden, this is why it’s illegal to visit this Mediterranean resort and these 11 banned foods that could get you into trouble!