Is the Canadian PM Being Given the Cold Shoulder in India? 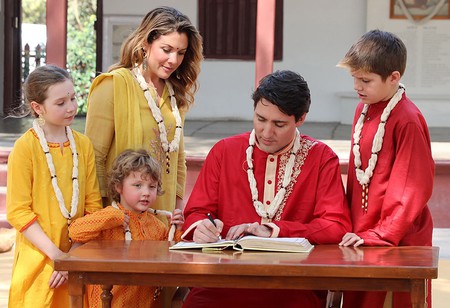 On the one hand, Canadian Prime Minister Justin Trudeau has received a hero’s welcome during all of his overseas visits and on the other, his Indian counterpart, Narendra Modi, is known to receive world leaders with a warm hug. But it has been two days since Trudeau arrived in India and none of the senior members of the Indian government have met with him so far. Why is the Canadian PM being snubbed this time around?

When he visited the Philippines to attend the Association of Southeast Asian Nations (ASEAN) Summit in November last year, thousands of people gathered on the streets to welcome Justin Trudeau. At the end of his Paris visit, the PM and his family were featured on the cover of Paris Match magazine documenting his entire trip to the country. But during his latest excursion to India, the charismatic Prime Minister has not received the rockstar welcome that he is used to by now.

First of all, when he arrived in New Delhi two days ago, he was greeted by a junior minister. A stark contrast to the Israeli PM Benjamin Netanyahu’s grand reception just last month when India’s premier Narendra Modi broke protocol to receive his ‘good friend’ at the airport. Modi had previously done the same for US President Barack Obama back in 2015. 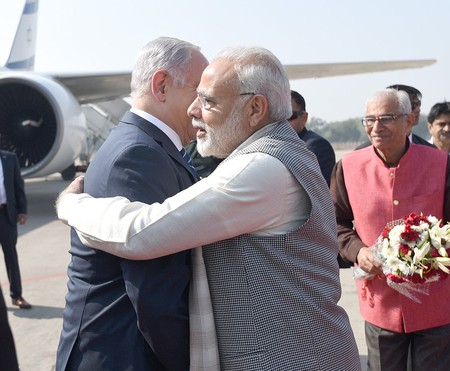 Trudeau, his wife Sophie and their three children weren’t even received by a minister from the External Affairs Department but were welcomed by the Minister of State Agriculture, Gajendra Singh.

A Twitter user remarked how the junior minister’s rank was akin to a parliament secretary in Canada.

The message is clear at the airport : India sent minister of state for agriculture to invite Trudeau . That’s like a parl sec in Canada ! Don’t think anyone so junior ever been sent to ANY foreign leader ! Wow. That’s how bad Canada -India relations are now . pic.twitter.com/kIOQILcRNk

Trudeau and Modi are scheduled to meet on February 23rd to discuss trade, defence, climate change and civil nuclear cooperation, among other issues.

Justin Trudeau snubbed even during his Taj Mahal visit

On Sunday, the Trudeau family went on a customary visit to the Taj Mahal in Agra. Almost all world leaders who’ve visited India make it a point to take a tour of this historic 17th-century monument.

Upon reaching the city of Agra in Uttar Pradesh, even the state minister, Yogi Adityanath, did not meet the Canadian premier and his family. They spent about an hour at the Taj Mahal and were accompanied by officials from the Archaeological Survey of India. 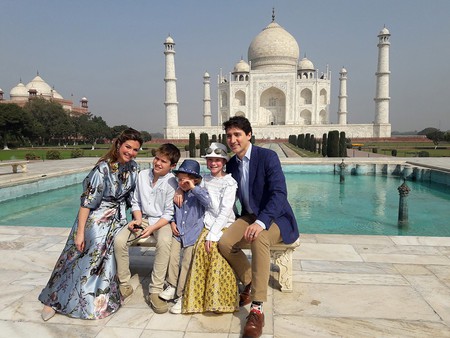 Mandatory Credit: Photo by PAWAN SHARMA/EPA-EFE/REX/Shutterstock (9420856b) Justin Trudeau and Sophie Gregoire Trudeau Justin Trudeau with his family at the Taj Mahal, Agra, India - 18 Feb 2018 Canadian Prime Minister Justin Trudeau (R), accompanied by his wife Sophie Gregoire Trudeau (L) and their children pose for photographs at the landmark Taj Mahal in Agra, India, 18 February 2018. Prime Minister Trudeau is in India for a 7-day state visit to strengthen the bilateral ties between the two nations. Apart from his stay in Agra, Trudeau is scheduled to visit to the capital New Delhi and the cities of Ahmedabad, Mumbai and Amritsar.

Why is Justin Trudeau receiving the cold shoulder in India?

The most likely explanation for this is Trudeau’s apparent support for the Khalistan movement, which aims to carve out a separate Sikh nation in the northern Indian state of Punjab.

The Canadian PM’s cabinet currently has four Sikh ministers and the Canadian-Sikh community is said to be an important vote bank for his party. In 2017, Trudeau had remarked that he has more Sikhs in his cabinet than Modi.

The 1985 Air India crash, which took the lives of 329 people, is also said to have been bombed by supporters of the Sikh independent movement.

In April 2017, when Canada’s Defence Minister Harjit Sajjan visited Punjab to strengthen bilateral relations between the two countries, Punjab’s Chief Minister Amarinder Singh infamously claimed in a television interview that he is ‘not interested in meeting any Khalistani’ referring to Sajjan. Singh, however, will be meeting with the Canadian premiere this week in Amritsar, becoming the first major Indian leader to do so. 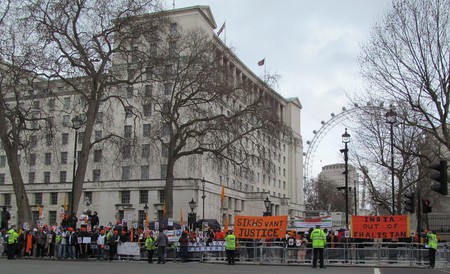