Insider's Guide to Art in India: Pre-Historic to Colonial Art 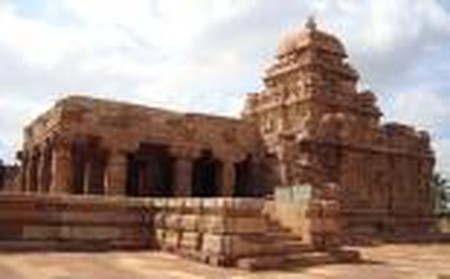 The history of Indian art is exceptionally long and superbly impressive. It can be divided into four main periods: pre-historic, ancient, the era of Islamic ascendancy – or the medieval period – and art from the colonial times. We explore the most beautiful and notable examples of cave art, architecture, and temples that stem from each respective era. 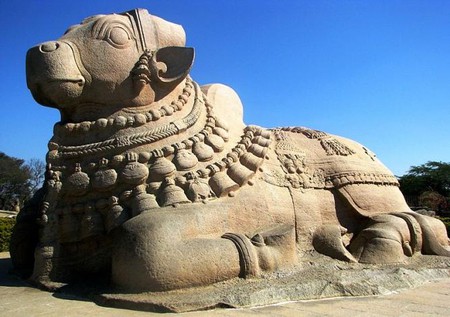 Pre-Historic Indian Art: Prior to 4000 BC

Situated near Bhopal in the state of Madhya Pradesh and dating back to 8,000 B.C., the Bhimbetka cave art features pictographs of animals, people, and gods. 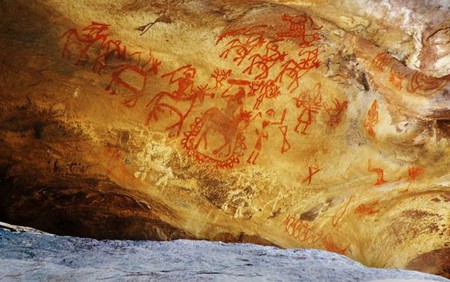 Jewelry is one of the oldest forms of Indian art. Much of the ancient Indian jewelry that remains dates back to the Harappa civilization. By 1,500 B.C., the residents of the Indus Valley were already adorning themselves with gold, and creating ornamental pieces such as necklaces, earrings, bracelets, crowns, amulets, pendants, and rings. 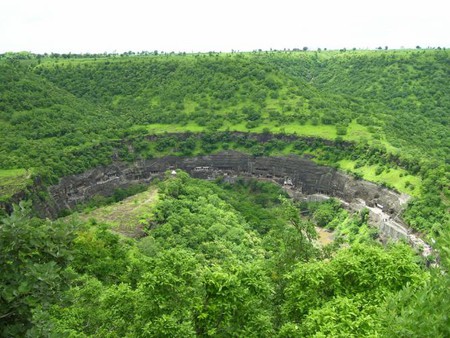 Maybe the most famous of all examples of Ancient Indian Art, the Bodhisattva Padmapani cave drawing is 1,500 years old. It depicts a deity in the shape of a bare-chested man with a crown on his head and a lotus flower in his hand. Bodhisattva Padmapani represents infinite compassion and is a beautiful example of cave art in the heart of the Ajanta Caves in Maharashtra. 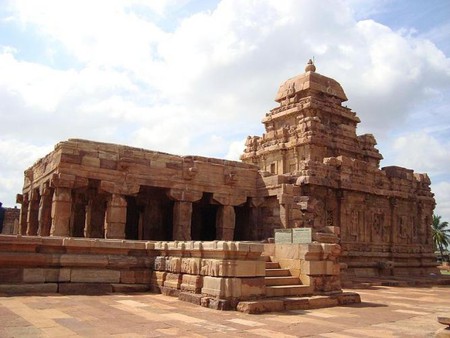 Over 2,000 years old, this refined sculpture is made from a single piece of stone. The Seductress is nude from the waist up, adorned with a necklace and jeweled crown. The Seductress in Stone can be found in the Patna Museum.

The Karla Caves stand out as some of India’s finest hand-carved feats of ancient engineering. The interior was created beginning in 120 B.C., and the shrine was completed approximately 200 years later. The central hall stands at 46 feet high and 148 feet long. The caves are located near Lonavala in Maharashtra. 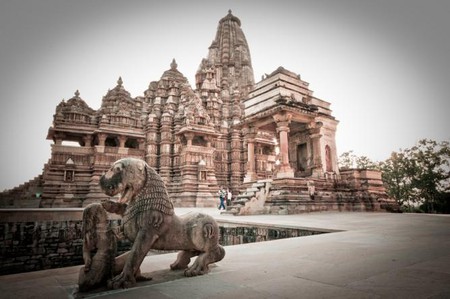 These temples are the largest group of Islamic ascendancy (medieval) temples in India. Of all the temples of any age, they may be the most intricate of any of the Indian temples. The Kandariya Mahadeva Temple, located in Khajuraho in Madhya Pradesh, is the largest, at 100 feet high. The nearby Matangeshwar Temple – which is over 1,100 years old – is still used for worship.

Though the Lepakshi Temple itself is tremendous, the paintings on the temple ceiling are some of the last remaining of the period. With brilliant colors and intricate detail, the Lepakshi Temple’s ceiling is an illustration of just how creative and refined the painters of the medieval period were. This beautiful complex can be found in Lepakshi in Anantapur.

From the years 800 to 1,300, the Chola Artists of Deccan created paintings and rock, sandstone and bronze sculptures. It is the bronze sculptures they are most famous for, and the most well known among them is the Shiva as Nataraja. 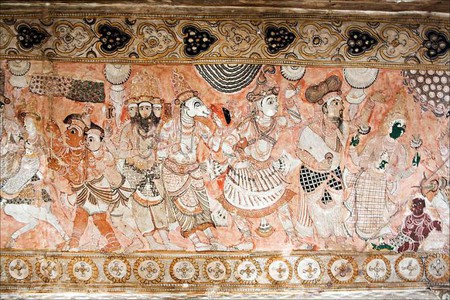 These paintings, as perfect and detailed as they are, were confined to serving as book illustrations or albums of paintings for many years. However, their small stature does not diminish their importance in Indian history, or their value as works of art and examples of India’s artistic heritage.

The most famous representation of this type of architecture is the Taj Mahal, although there are many other structures that are comparably beautiful, including the Chepauk Palace, Amba Vilas Palace, Durbargadh Waghaji Palace and the Secretariat Complex, all of which are scattered around India. 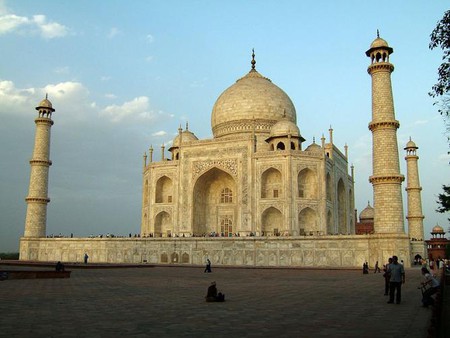 Taj Mahal | © Acred99/WikiCommons
Give us feedback