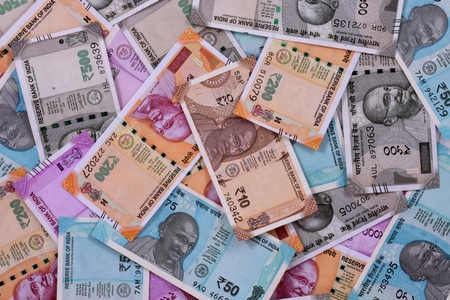 India’s cash-dominated economy has undergone drastic changes in the recent past. Back in 2016, 86% of the country’s currency was rendered invalid overnight and new denomination banknotes were introduced. From historical use to new generation money, here’s everything you need to know about the Indian Rupee.

Some of the oldest known coins in the world are said to have originated in ancient India during the 6th century BC. However, historians believe that the defining moment for Indian currency came during the reign of Sher Shah Suri who briefly ruled over north India after defeating the second Mughal emperor Humayun in 1538. Suri issued a silver coin named rupiya, with one of these equalling 40 copper pieces. Even after the Mughals retook their Indian empire, the rupiya maintained its use as the standard currency. 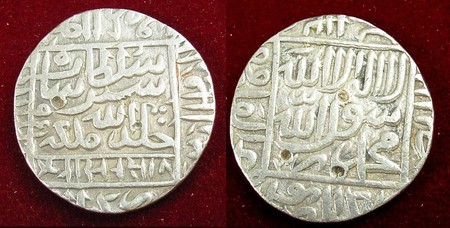 The silver coin, or rupiya, was first issued by Sher Shah Suri in the 16th century | © Dr.N.Sreedhar / WikiCommons

It was only in the 18th century – when the British established the Bank of Hindostan in Kolkata – that paper money was introduced in India. Interestingly, it wasn’t just the British who were issuing banknotes during this period. Other colonial governments in the country had their own currencies in use in their respective territories. Banque de l’Indochine, owned by the French, issued notes called roupie, while the Portuguese money was called rupia.

Banknotes in India were mostly printed with portraits of British monarchs such as King George VI and Queen Victoria during the colonial rule. The first Indian money printed following the country’s independence in 1947 was a ₹1 note bearing the Lion Capital of Ashoka at Sarnath, the official emblem of the country. 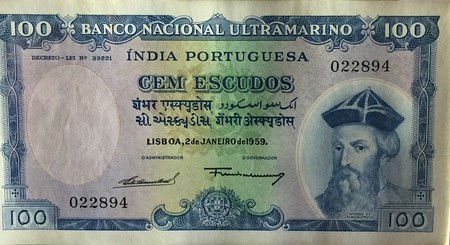 The Indian Rupee of today

In May of this year, the Indian currency was trading at ₹67.13 against the US dollar, which was the lowest it had hit in the past 15 months.

The last time it had similarly plummeted was in November 2016 when Narendra Modi, the Prime Minister of India, had made an unexpected policy move. In a televised announcement, Modi ordered that the ₹500 and ₹1,000 bills would be demonetised, which meant that 86% of India’s currency became invalid overnight. These were the two highest denomination banknotes at the time. New banknotes of ₹10, ₹50, ₹200, ₹500 and ₹2,000 have since been introduced. 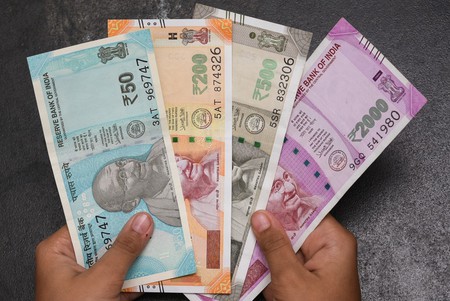 The objectives behind this abrupt decision were to eliminate illegally obtained cash, get rid of fake currency and encourage a move towards a cashless economy.

However, despite demonetisation, cash is still king in India. So make sure to carry enough bills with you and don’t rely on your credit and debit cards too much. This is especially true if you’re travelling to smaller cities and remote areas of the country.

The Mahatma Gandhi New Series is the most recent design and it comes in denominations of ₹10, ₹50, ₹200, ₹500 and ₹2,000. While the four smaller notes include images of historical monuments, such as the Konark Sun Temple, the chariot at Hampi, the Sanchi Stupa and the Red Fort, respectively, the ₹2,000 note features a motif of Mangalyaan, India’s first interplanetary mission. This high denomination note also has a raised printing of the Mahatma Gandhi portrait on it to aid the visually impaired. 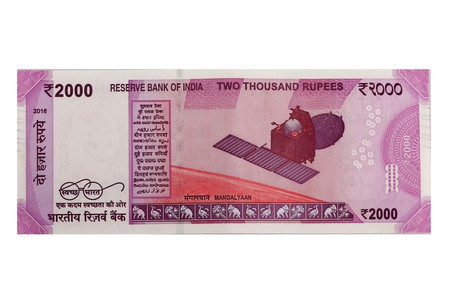 A notable feature in this new series of banknotes is the logo and tagline of the Swachh Bharat mission. Swachh Bharat is a nationwide campaign that aims at achieving a cleaner India.

You’ll hardly ever find a ₹1 banknote but ₹1 coins are quite widespread. This humble amount will get you a piece of candy, a matchbox and maybe even a sachet of shampoo. 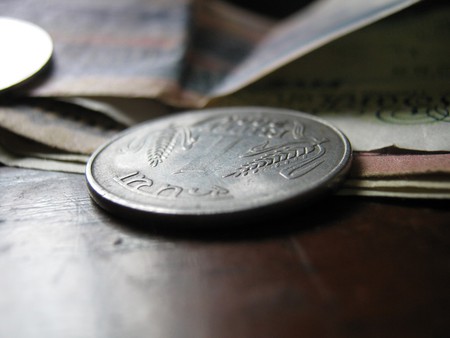 A fiver will get you a packet of chewing gum and a cup of tea from a roadside vendor. The use of ₹5 coins is much more common than the banknotes.

You can get a packet of biscuits and instant noodles for a quick snack. A 500 ml bottle of mineral water also costs ₹10. 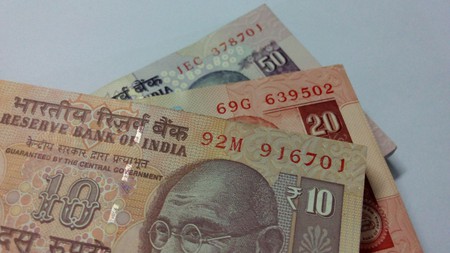 Smaller denominations like ₹10, ₹20 and ₹50 come in very handy, compared to the higher ones | © itkannan4u / Pixabay

If you’re in the mood for some Indian street food, ₹20 will make sure you get a plate of delicious gol gappas, a favourite Indian snack. One litre of mineral water also costs ₹20.

₹50 comes in handy when travelling in an autorickshaw, especially in cities like Delhi. You can also grab some snacks and tea in a local restaurant in smaller towns. 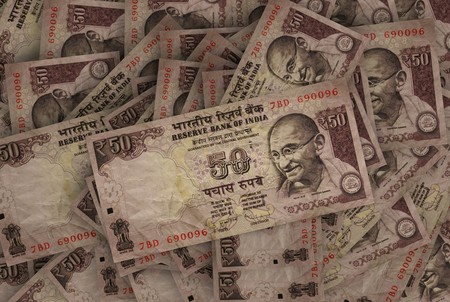 Having denominations of ₹50 is always convenient while travelling | © geralt / Pixabay

₹100 will just be a little short of getting you a pint of beer at a bar. The price of the drink usually starts at ₹120. But you can always get a cup of coffee at a nice cafe. Entries to most attractions in the country usually won’t be above ₹100.

You can grab a quick meal at some fast food chains like KFC and McDonald’s with ₹200.

In some small Indian cities, you can probably book a room in an inexpensive hotel for ₹500. The standards of these rooms are not guaranteed though. But if you’re travelling on a very tight budget, then it’s quite a steal.

Enjoy a hearty meal at a nice restaurant if you have ₹2,000 in your pocket. However, carrying just ₹2,000 bills can be quite cumbersome since it’s difficult to find change for this big denomination, especially at small shops.

1. Again, it’s important to stress that carrying sufficient cash with you while travelling in India is essential. You might easily find ATMs in big cities but that’s not the case when it comes to smaller towns and rural areas.

2. Smaller denominations like ₹10, ₹20 and ₹50 come in very handy, compared to the higher ones. So make sure you have enough of them.

3. Be careful of counterfeit currency, which despite consistent efforts from the government, have continued to circulate. Sometimes, even ATMs dispense fake notes. Familiarising yourself with the security features of each note before your travel is useful.

4. Remember that ₹1,000 and the older version of ₹500 banknotes have now become invalid. Don’t accept these notes from anyone. 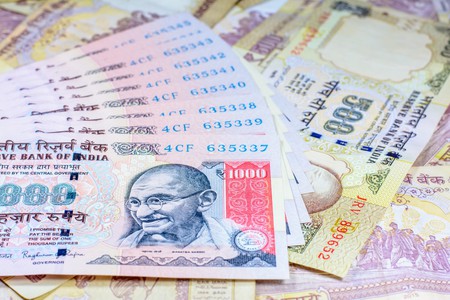 ₹1,000 and the older version of ₹500 banknotes that have now become invalid | © Wara1982 / Shutterstock
Give us feedback