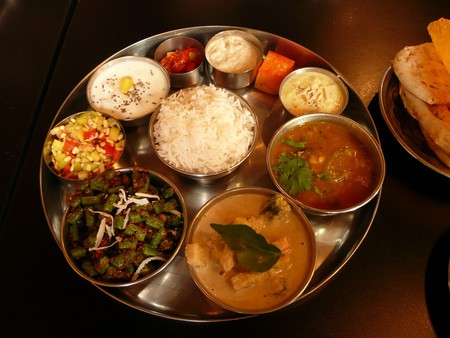 While much Indian cuisine is vegetarian, the extensive use of ghee, butter and milk keeps most of its delicious creations outside vegan limits. Here we have compiled a list of some of the most scrumptious vegan dishes you can find throughout India.

Among the country’s most popular foods, this South Indian pancake is both vegan and unbeatably delicious. Dosas are made from a fermented batter – usually of rice and a type of lentil – and can be eaten paired with sambar, a popular south Indian vegan lentil curry. They also come with a variety of stuffings – most commonly a vegan mixture of potatoes, green peas, onions and green chilies – in which case it is referred to as masala dosa. Make sure to check that your dosa hasn’t been made with ghee (clarified butter), as it occasionally is. 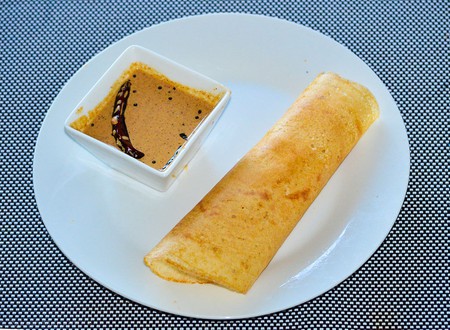 An all-time favorite among Indians from north to south, samosas come in an overwhelming range of varieties, including several vegan versions. Made with a crisp outer covering of wheat flour shaped like a pyramid and stuffed with fillings of masala-rich vegetables, samosas are delicious, hearty and available throughout the country.

This South Indian rice cake is made from fermented rice and lentils, much like dosas. The batter is steamed until it hardens, and usually served with sambar or chutneys. Delicious, nutritious and vegan, this is among your best breakfast options in India. 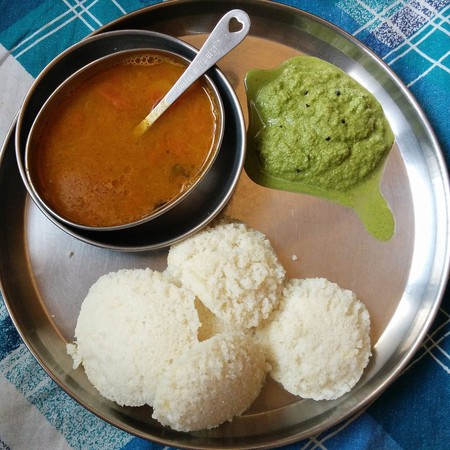 Among India’s favorite curries, channa masala is made by cooking chickpeas in a flavorful mix of vegetables and spices. Except for some regional varieties where butter or milk may be added, the dish is typically vegan and incomparably satisfying. The dish can be paired with a variety of rotis or flatbreads, out of which chapattis are your safest option.

This deep fried snack is among the most popular at home and from street stalls across the country. Made from immersing vegetables in a mixture of chickpea flour and water and then deep frying them in oil, pakoras are nothing short of addictive. You can commonly find pakoras of onion, eggplant, potatoes, green chilies and cauliflowers. Since paneer and non-vegetarian pakoras are also quite popular in some regions, make sure to check that your pakora is vegan. 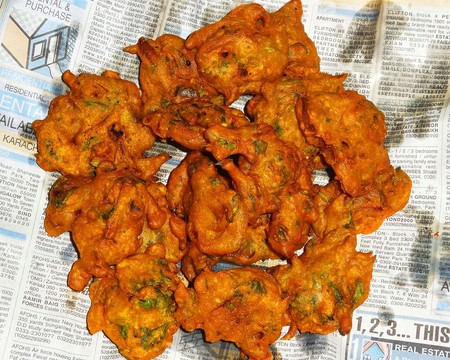 Yet another highly popular and typically vegan curried dish, aloo gobi translates to potato and cauliflower, which is what it is made of. Cooked with ginger, garlic, tomatoes, green peas and a range of spices, aloo gobi is both delicious and nutritiously dense. It is usually served with rotis or rice.

Yet another popular South Indian breakfast food, upma is almost always vegan except for when it is garnished with ghee or butter. The dish is usually prepared as a thick porridge of dry roasted wheat or rice flour mixed with spices and vegetables such as onions, carrots, green chilies and peas. Upma is dense in texture and highly nutritious, making it a hearty snack or breakfast option. 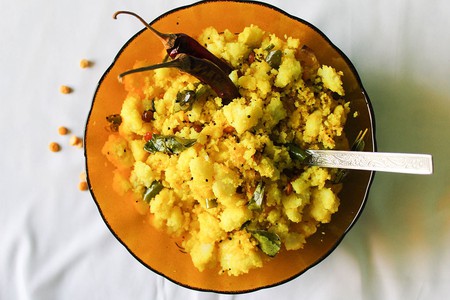 Among the overwhelming variety of dal preparations you will find in India, dal tadka is both popular and usually vegan. The dish is made by frying and currying dal along with a wide range of spices and vegetables – most typically tomatoes, onions, garlic, ginger, cumin, turmeric and garam masla, among others. Paired with rice or roti, it is both delicious and healthy.

This deep-fried snack is also a popular breakfast option throughout South India. It is made from a batter of lentils and rice, and shaped like a doughnut, with crisp exteriors and deliciously soft interiors. Vada batters are occasionally seasoned with ingredients such as ginger, green chilies, cumin or black pepper – but are almost always made vegan in South India. 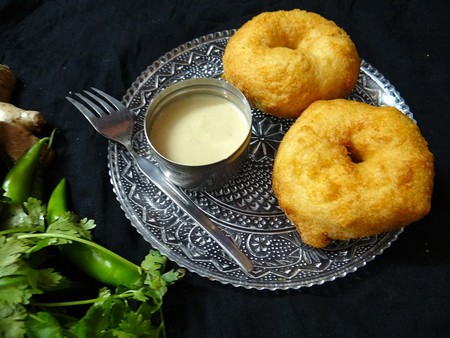 Among India’s favorite street snacks, this delicious mixture of vegetables, spices and other ingredients is almost always vegan, unless when it is topped with yogurt (rare). Bhel is made by mixing puffed rice with fresh cut tomatoes, onions, green chilies, potatoes, and several sauces and spices that range from sweet to spicy.