When 17-year-old Ritu left her home to play volleyball on the evening of May 26, 2012, little did she know that her life was going to change forever. She was on her way to the local playground, after a four day break from the sport, when a man attacked her by throwing acid in her face—all at the orders of her cousin, whose romantic advances she had cast off. Collapsing from the devastating pain of the chemicals corroding her body, Ritu later awoke in a hospital to find herself scarred, missing an eye and suddenly very removed from the society she had once been part of.

India has the highest incidence of acid attacks in the world. Between 2011 and 2015, 802 separate crimes of this nature were reported in the country, though experts estimate actual numbers to be as high as up to 1000 per year considering that the vast majority of offences go unreported, particularly in rural areas. More worryingly, the numbers only seem to be rising. From 106 in 2011 to 249 in 2015, the incidence of these attacks has steadily climbed—even as the country’s courts and law enforcement agencies grapple to understand and tackle this epidemic.

With over 85% of the victims being female, acid attacks in India are mostly considered to be gender based crimes. While a complex variety of motives and stories surround each of the cases, certain patterns are evident. Perpetrators are often known to the victim, ranging from stalkers and jilted lovers to abusive in-laws and partners, and are commonly driven by malicious motives such as revenge and jealousy. 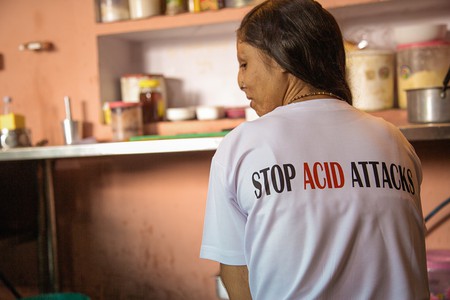 It took years of treatment, pain and confining herself to her own room before Ritu attempted to re-enter society again. “I just didn’t have the courage to reveal my face when I went out,” she says. Once an avid volleyball player, she suddenly found herself only with memories of her time on the court.

As with Ritu, many survivors of acid attacks find themselves having to deal with a lifetime of physical and psychological trauma besides the immense immediate pain and distress. Loss of vision, severe scarring of the face and body, and damage to internal organs are among several debilitating effects victims suffer, if the attack does not prove to be fatal. 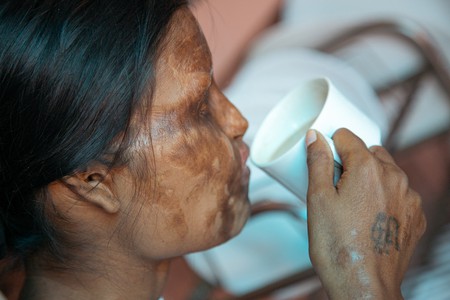 In most incidents, survivors find themselves grappling with a loss of identity while having to find their footing in a society likely to stigmatize them. From looking for employment to attending social gatherings, they find themselves alone and without any point of reference.

Rupa, a 23-year-old from Muzaffarnagar, survived an acid attack carried out by her stepmother nine years ago only to find herself further victimized by a society unable to understand her experience. “Whenever I’d go to the hospital people would make comments like: ‘It must have been her fault that this happened to her,’ ” she says. “And when I stayed at home, the family and relatives would say: ‘It would have been better if you’d died.’ ”

Acid attacks aren’t a new occurrence in the country. The earliest recorded incident dates back to 1920, taking place in what was then the Bombay Presidency of British India, yet it wasn’t until 2013 that such crimes were viewed as a separate offence. 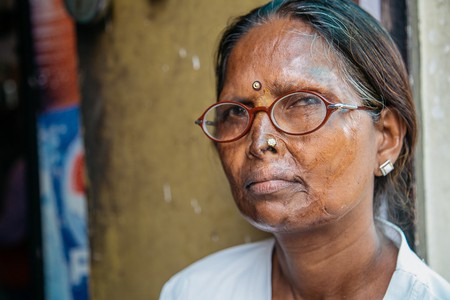 Since then, a variety of legal measures have been introduced to counter such attacks. Courts have sought to regulate the sale of acid—banning its sale to minors and requiring ID proof for over-the-counter purchases—and punishment for acid throwing has been made more severe, now ranging from ten years to life imprisonment. Victims are entitled to free treatment at public and private hospitals across the country, in addition to financial compensation.

However, acid attack occurrences are anything but on the decline, which raises the question: Where is the law going wrong? For one, activists agree that laws regulating the sale of acid haven’t changed much on the ground. Acids are easily available for purchase at stores around the country, along with other corrosive cleaning/multipurpose liquids. Moreover, while punishments have been made more stringent as per the law, Indian courts have very low conviction rates, also working at a slower pace. All of this has an impact on how effectively the perpetrators are punished. 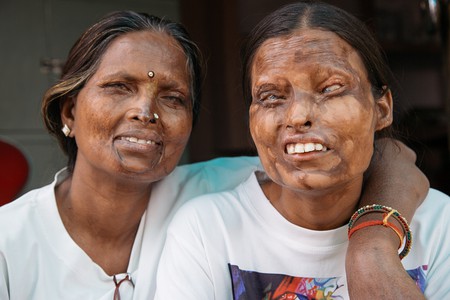 A number of NGOs and ever-strengthening networks have stepped up to fill in the gaps. Sheroes Hangout, an Agra-based cafe run and staffed entirely by survivors of acid attacks (including both Ritu and Rupa) was set up to build and solidify a community for victims. Working as a safe space and as a platform to educate and raise awareness, the cafe functions on a pay-as-you-wish basis so that all patrons, irrespective of their socio-economic class, have a chance to visit and learn.

Acid Survivors Foundation of India (ASFI), headquartered in Kolkata, is among India’s leading organizations working to improve policy, enhance advocacy and strengthen support available to victims. Chhanv, based in New Delhi, provides immediate shelter for victims and runs campaigns for positive change, while Atijeevan Foundation in Bangalore works with victims to obtain legal justice, medical care and a stable source of income.