History of The Taj Mahal: The Crown Jewel Of India

One of the Seven Wonders of the World, the Taj Mahal is the jewel of India. Built by Shah Jahan in memory of his wife Mumtaz, it is an iconic symbol of love and an instantly recognizable architectural design.

With three red stone walls bordering three sides, this UNESCO World Heritage Site has the river Yamuna on its fourth side. The best time to visit the monument is from November to February, when the climate is neither rainy nor unbearably hot. Nevertheless, tourists throng the destination in all seasons. The famous monument is situated in the city of Agra, which is well-connected by rail. 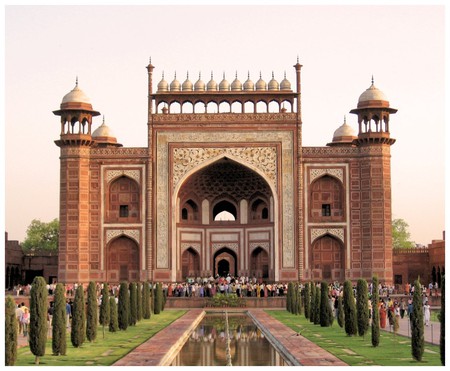 It’s laid out among beautiful gardens that seem to only enhance the timelessness of the monument. They are symmetrical, starting from the main gateway all the way up to the mausoleum. They are called the charbagh, or the four-way gardens, with two main walkways. Each of these four paths leads to four more, creating sixteen such paths/squares around the monument. A central canal passes through these walkways. One particular bench by the main gate of the Taj is on a raised platform, said to provide the best angle from which to take a picture. It’s also called the ‘Diana bench’ by locals, after Princess Diana took an iconic picture there on her visit to India. 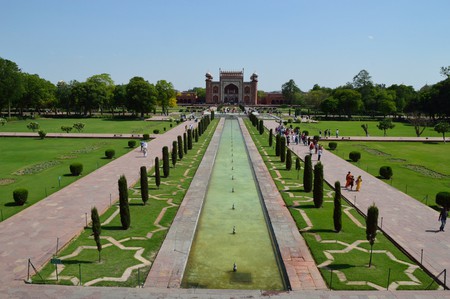 Commissioned to be built in the year 1632 by Shah Jahan by his favorite river, this UNESCO World Heritage Site is built around his wife Mumtaz Mahal’s tomb. Spread across 42 acres, the area also has a guest house and mosque as well as formal gardens. The Taj Mahal’s main construction was completed in the year 1643. In the year 1983, UNESCO gave it the designation World Heritage Site. The main architect of this beautiful structure is said to be Ustad Ahmad Lahouri, who is also credited with the design of the famous Red Fort of Delhi. 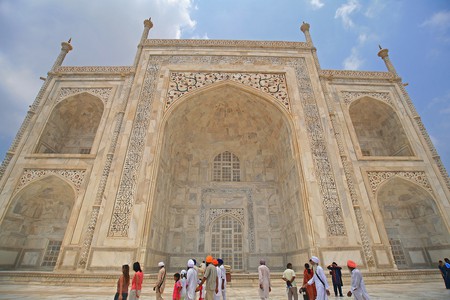 The height of the dome is 73 meters, and the entire Mahal is made of pristine, white marble. With time, and due to pollution, the colour had started to change. However, restoration work is ongoing, and the maintenance of the structure is given utmost importance. The work, craftsmanship, and artisanry that is visible on the walls of the Taj Mahal are spellbinding. 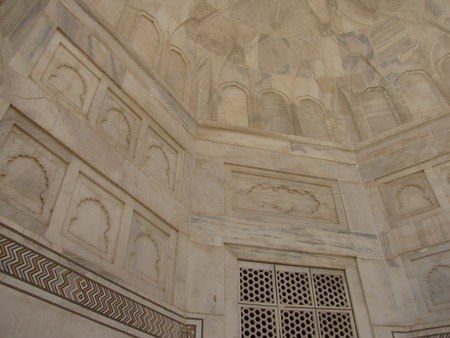 The Taj Mahal has its share of stories and rumors. One gruesome story that has been passed down over generations is that the hands of the architect and his workers were cut off so that they could never replicate another structure of this kind. While the monument was built for the sake of love, such a gruesome story of cruelty is also associated with it. 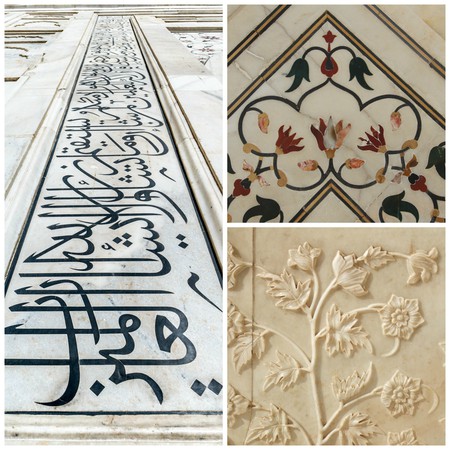 All across the mausoleum, semi-precious stones including lapis lazuli, amethyst, turquoise, crystal, etc. were laid in intricate designs. Four slender minarets stand on four sides of the dome, adding to its vastness.

In the year 2000, the famous magician P. C. Sorcar, Jr. made the Taj Mahal vanish briefly. But there is no reason to panic, the Taj is right where it was. One spectacular fact about the Taj is that it changes color depending on the light. It looks pinkish in the morning, milky white in the evening, and golden under the moonlit sky. 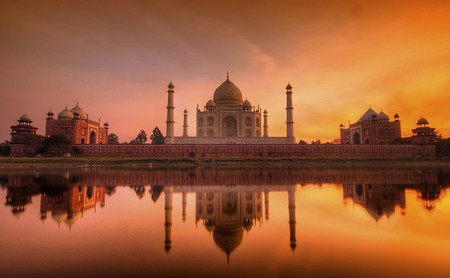 Taj at Sunset, the play of colours is worth waiting for. | ©Flickr/nedim chaabene

After Shah Jahan had built the Taj Mahal for his favorite wife’s tomb, he started building another one across the river. This one was going to be black, and he planned for it to be his final resting place. It is said that his son Aurangzeb had other plans, so the black Taj Mahal was never completed. 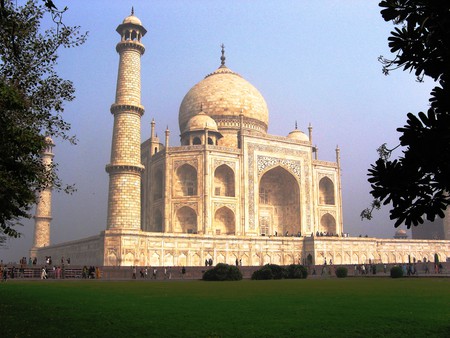 Irrespective of the season, the monument is always flocked by visitors. On any given day, at least 12,000 visitors come to see the Taj. Open from 6 am to 7 pm (except on Fridays, for prayers), the Taj Mahal is also open to limited visitors for moonlight viewing on specific days. The three entry gates are at the south, east and west sides, with the gate on the west being the main entrance gate. The iconic entrance gate’s inscription reads ‘O Soul, thou art at rest. Return to the Lord at peace with Him, and He at peace with you.’