Usually draped in hues of saffron, their hardened faces marked with sacred ash and exuding an unmatched detachment from their surroundings, sadhus or sannyasis have been part of the Indian subcontinent for about as long as Hinduism has. Considered the holiest beings in the faith, sadhus are ascetics who’ve successfully let go of all attachments to society – material, familial, sexual – in pursuit of moksha or total liberation from ignorance and desires.

These ascetics occupy a peculiar position in Indian society. They are deeply revered and looked up to for guidance and blessings. Yet, having neither means of income, nor any possessions including a place to stay, they live in absolute poverty and depend entirely on the kindness and donations of strangers to get by. 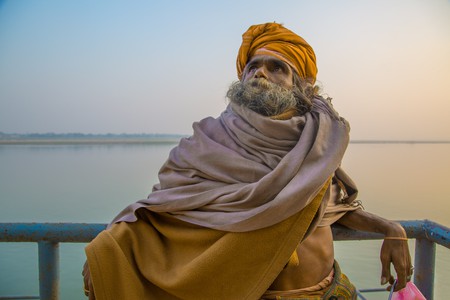 A sadhu in Varanasi | © Souleyman Messalti

Sadhus come from across social, economic and regional backgrounds. While some may have lived on the fringes of mainstream society from a very young age, many choose to forego years of material accumulation and social credentials later in life. Take the case of Baba Ashutosh. He grew up in a wealthy family in Varanasi, and after finishing university at the age of 21, started his own marketing business. However, his father’s sudden death six years later led Ashutosh to rethink the purpose of his life and to question the model of society we live in. Subsequently, he decided to dedicate his life to spirituality, religion and extreme self-discipline.

Most Hindu ascetics can be broadly categorized into one of two groups – Shaiva sadhus, who are devotees to deity Lord Shiva, and Vaishnava sadhus, who have dedicated themselves to deity Vishnu. However, countless divisions and subgroups exist within and beyond these two. Yet, quite a lot of practices remains common amongst these – such as living a monastic life, dressing in shades of orange and red, maintaining hair in jatas or dreadlocks etc. 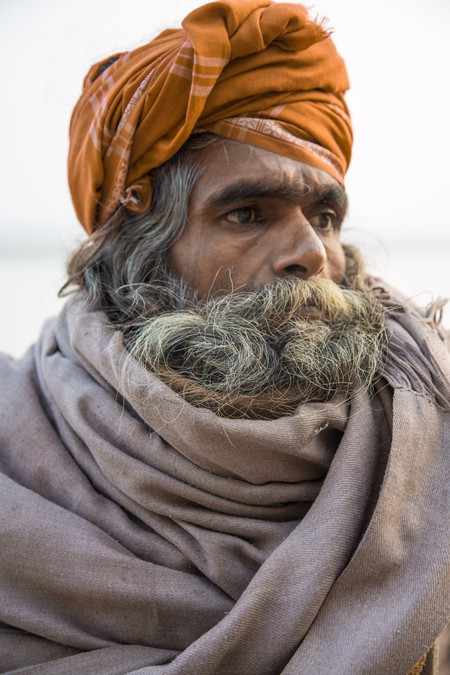 Even as some practices remain standard among most Hindu sadhus, many traditions that are exclusive to subgroups also exist. For example, the secretive Aghori sect are known to smear their bodies with ashes from Hindu cremation grounds, and use human skulls as begging bowls. Naga sadhus, naked ascetics who usually live in caves or places far removed from the rest of society, famously enter the public gaze every few years at the Kumbh Mela, the world’s largest gathering of religious pilgrims. Held every 12 years at one of four places – Haridwar, Allahabad, Nashik, and Ujjain – the gathering is considered to have occurred in some form for about two millennia, and serves to bring together sadhus from across the country in a way that no other event does. 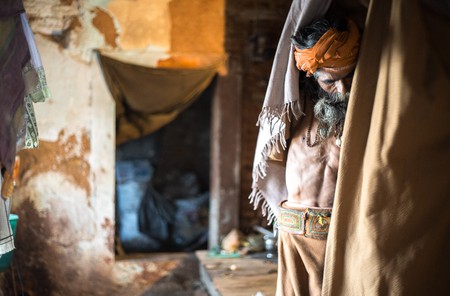 Ashutosh in his home | © Souleyman Messalti

So how does one go about becoming an ascetic? The primary step is to find a guru – who is usually a revered sadhu – and express one’s intent to choose this austere way of life. The guru will likely ask the interested individual to perform guru seva (or service to the guru) for a period of time. This can involve having to perform all sorts of tasks from cleaning to cooking. This period allows the guru to gauge the individual’s compatibility with this severe way of life, and decide if they are eligible. If the person is considered suitable, then an initiation prayer and ceremony will be conducted, where candidates often receive new names – ones that detach them from their lives hitherto.