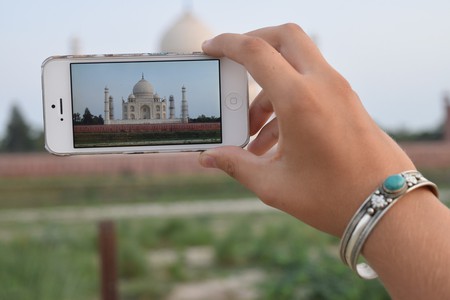 India is one of the fastest growing markets for Google-owned YouTube and the company recently announced that they plan on doubling their user base in the country to 400 million very soon. Fuelling this growth is a bunch of talented Indian content creators who have a loyal fan following on the social media platform. Here are the top 10 YouTubers from India, including a 106-year-old super granny.

Sanam is an Indian music band who mostly performs covers of popular Bollywood songs. They have over 3.5 million subscribers and 14 million channel views every month. A few years ago, the lead singer of the band, Sanam Puri, decided to upload a few videos he had recorded to pitch to music agents. But to his surprise, he soon received a cheque of $800 from Google and that’s when he realized the band was fast becoming a YouTube sensation. Sanam has also recently garnered the prize for Best Music Content Creators at India’s first Social Media Summit & Awards in 2017.

When Nisha Madhulika’s two sons left home to start their own careers, she felt a huge void in her life. Instead of wallowing in grief, she decided to do something constructive and started a food blog, since she had always been fond of cooking. This hobby eventually became a full-time career when Madhulika launched a YouTube channel that grew at a pace the homemaker never thought was possible. The 59-year-old now has 3.6 million subscribers on her channel where she whips up delicious recipes. Apart from YouTube, Madhulika now also works as a food columnist for many national publications.

All India Bakchod (AIB) is a comedy sketch group, with four core members, who’ve produced a number of viral videos. AIB often uses humour to speak about social issues like mental health, rape and sexism. They also hosted the first ever Indian roast show called All India Bakchod Knockout Championship, for which a police complaint was filed against the group alleging extensive use of abusive language. But these controversies have only fuelled this YouTube channel’s popularity. An Amazon original titled The Ministry, produced by AIB and featuring Bollywood’s leading actor, Irrfan Khan is set to release in 2018.

As far as mobile phone reviews go, no Indian YouTuber is as sought after as Geeky Ranjit. Although he’s facing increasing competition from other up and coming channels like C4ETECH and Technical Guruji, Geeky Ranjit has managed to hold his ground so far. His followers are devoted to him because of his detailed and honest opinions about each phone that he reviews. Other than mobile phones, he also looks at various other gadgets including laptops, sound systems and gaming consoles. Geeky Ranjit has 1.4 million subscribers to his channel and it’s only growing.

Before becoming a popular YouTuber, Sandeep Maheshwari was already a successful entrepreneur, having set up ImagesBazaar, a stock photo site which has the world’s largest collection of Indian images. On YouTube, however, Maheshwari is known more for his motivational videos, which have inspired millions of his followers to date. He is the recipient of numerous awards including a Pioneer of Tomorrow Award by the ET Now, a prominent English News channel in India.

Bhuvan Bam’s YouTube channel is called BB Ki Vines and it boasts 6.3 million subscribers, making him the most subscribed YouTuber in India. His sketches, which are similar to that of famous comedienne Lilly Singh’s channel, Superwoman, has had over 842 million views so far. He initially started posting these hilarious videos on Facebook and once he realized that they were getting quite a lot of hits, Bam decided that YouTube was his next big destination. Besides being a very talented comic, Bam also happens to be a singer and his original song, called Sang Hoon Tere, has been viewed by 7.5 million people so far.

Country Food is the YouTube channel of Mastanamma who at 106-years-old, also happens to be the oldest YouTuber in the world. Mastanamma, who is an expert at creating delicious food from bare minimum ingredients and equipment, has become an unlikely cooking sensation. While she’s very close to reaching one million subscribers on her channel, her videos have been viewed over 100 million times. Mastanamma’s YouTube channel is managed by her great-grandson, K. Laxman.

Armed with the tagline #BringingHumanityBack, Varun Pruthi makes videos about issues like poverty and sexism in India. Some of his videos have been watched 10 million times. It might appear that Pruthi is trying to make the world a better place but he has attracted a whole lot of controversies as well. He once went around Delhi distributing Rs 1000 (£11) to the poor and showed how they became overtly emotional at this gesture. Some have accused Pruthi of trying to showcase himself as a messiah and using YouTube to launch his acting career. Love him or hate him, millions of Indians can’t seem to ignore him.

On the Being Indian YouTube channel, host Sahil Khattar speaks to a bunch of young Indians on the street in various cities across the country. Through a veil of comedy, Khattar addresses a series of issues mostly considered taboo in Indian societies. This includes sex, dating and menstruation, among others. It is to Khattar’s credit that he’s able to make these people comfortable enough to speak on camera on topics they normally wouldn’t. One of their most watched videos to date is Mumbai on Orgasm, which has been viewed over two million times.

While both Kanan Gill and Biswa Kalyan Rath have separate YouTube channels, they initially shot to fame while making videos together on Gill’s channel. The duo’s hilarious reviews of over the top Bollywood films, called Pretentious Movie Reviews, won them millions of fans, but unfortunately, they’ve stopped creating these priceless comic gems. Following their YouTube stardom, Gill and Rath have both made their Bollywood debuts and the latter has also produced a web series for Amazon Prime titled Laakhon Mein Ek.