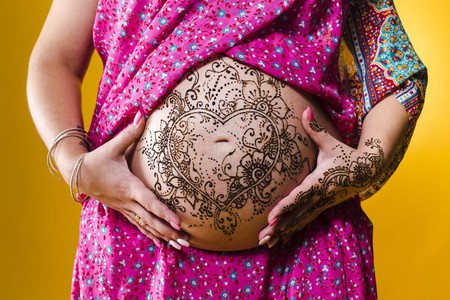 An official guidance released by the Indian government has come under fire for its advice to pregnant women. The guidance, presented in a booklet entitled “Mother and Child Care” recommends avoiding meat, eggs, desire, and lust.

“Pregnant women should detach themselves from desire, anger, attachment, hatred and lust,” says the booklet, released by the Indian government’s Central Council for Research in Yoga and Naturopathy. The booklet goes on to say that expectant mothers should replace “impure thoughts” by looking at photos of cute babies to improve the health of the fetus.

Prenatal health in India has long been a concern, as fatalities among pregnant women is soaring in the country: 174 out of every 100,000 pregnancies end in death for Indian moms-to-be. According to the Associated Press, gynecologists in India have called the government-issued booklet “unscientific and irrational” given the importance of this type of information for mom and baby. Nourishment, in the form of healthy proteins like meat and eggs, is essential for expectant mothers in a country where access to healthful foods can truly mean the difference between life and death.

“This is a national shame. If the calories of expectant mothers are further reduced by asking them to shun meat and eggs, this situation will only worsen,” gynecologist Arun Gadre told AP. “This is absurd advice to be giving to pregnant women in a country like India.”

The booklet is reportedly the result of a governmental push to embrace vegetarianism nationally. A large portion of the population in India is Hindu and, in Hinduism, cows are considered sacred. The government has already imposed strict laws surrounding the slaughter of cows. But this guidance for pregnant mothers has sparked quite the debate in the medical community.

“Eating a healthy diet during pregnancy is vital for a baby’s growth and development, and women are advised to eat some protein foods, such as meat and eggs, every day,” Dr. Vanessa Mackay, spokesperson for the Royal College of Obstetricians and Gynecologists, told MailOnline.”’While a vegetarian and vegan diet is safe for women during pregnancy, they need to make sure they get enough iron and vitamins B12 and D.”