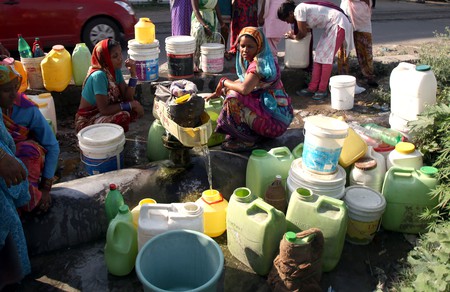 Indian people wait to collect drinking water from a public tap at a roadside on the outskirts of Jammu, India, May 23, 2016 | © Jaipal Singh / Epa / REX / Shutterstock

India is currently in the grips of the worst water crisis in its history. According to the latest report, around 21 cities in the South Asian country will run out of groundwater by 2020.

“Nearly 600 million Indians are facing high to extreme water stress and about two lakh (one lakh is equal to one hundred thousand) deaths occur every year in the country due to inadequate access to safe drinking water”, states the NITI (National Institution for Transforming India) Aayog report. It adds that about 70% of the water is contaminated, ranking India 120th among 122 countries in the water quality index.

By 2030, around 40% of the population will have no access to clean drinking water, leading to a loss of nearly 6% of India’s GDP. To further add to the distress, the critical groundwater resources that account for 40% of the water supply in the country are depleting at an alarming rate.

Does this mean India is soon approaching ‘Day Zero’? According to experts, if the current trends persist and comprehensive steps aren’t taken, the majority of the taps across the country will shut off and water will become a scarce resource. As a result, food security, public health, India’s ecosystem and the economy will inevitably be affected. The agricultural sector will be one of the first to suffer since nearly half of the country’s jobs form part of this sector.

It’s the usual suspects that have resulted in India’s water crisis situation. Breakneck industrialisation and urbanisation, poor management of resources, lack of government regulations, political infighting and indifference at the municipal, state and central levels have all contributed to the problem. Population growth and climate change are further exacerbating the crisis. 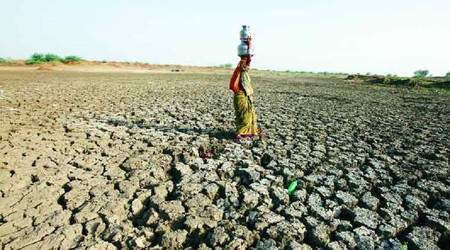 Water scarcity in India has particularly affected its agricultural sector, which is perhaps the mainstay of the Indian economy | © MrGauravBhosle / WikiCommons

Indian states suffering the most and impact on tourism

Earlier this month, Shimla, one of the most popular hill stations in the country, ran out of water. Locals have had to wait in line at the Mall Road and at other public taps to collect water rations. In light of the severe conditions, hotels have started to refuse tourists and locals have begun a campaign appealing to travellers to stay away from Shimla.

“Give Shimla some time to breathe and recover. There is a massive water crisis here. If you love Shimla, please don’t visit,” were the messages circulating on WhatsApp and Facebook. 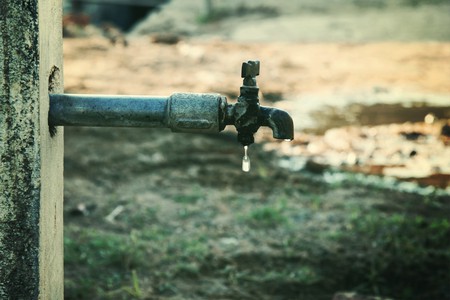 India is suffering the worst water shortage in the history; so, save every drop! | © Vinoth Chandar / Flickr

What measures are being taken to tackle the water shortage?

All hope is not lost. The NITI Aayog and several experts have laid out a number of measures to help alleviate the current and future water woes. These include consumption-based tariffs, state government-imposed restrictions on private groundwater access to ensure sustainable usage in cities and incentives for those communities or organisations that attain their groundwater restoration targets.

In addition to that, several initiatives by the central and state governments have taken off, including de-silting of the water bodies, construction of check dams, restoration of lakes and ponds as well as rainwater and rooftop harvesting. However, these projects have been slow to take off.

How can you help?

It’s not only up to the government and other organisations to manage the water crisis. At this stage, the responsibility lies with each individual. Here’s how you can play a part by using the following water-saving tactics:

– Use less water on a daily basis.

– Turn off the tap while brushing your teeth or shaving.

– Fix leaking taps and toilets as soon as you notice them.

– When taking a shower, use a bucket instead as it is likely to decrease the wastage by 75-80%.

– Limit the frequency with which you wash your vehicles. You can use grey water and a wet cloth to clean your car.

– Make use of low-plumbing fixtures.

– Do not unnecessarily flush toilets or dispose of cigarettes, tissues and other waste items into them. Use a bin instead.

– Do not use potable water for anything other than cooking or drinking.

– Install water metres as these will help you self-monitor your water consumption and conserve accordingly.