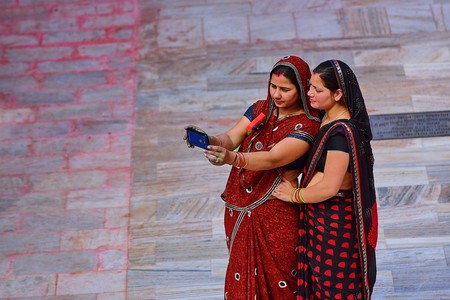 India’s government has announced plans to bring internet to over 150,000 villages in the country this year. India has increased its budget for delivering connectivity to its people to $1.4 billion, as technology’s biggest companies also seek to connect the world’s second largest population to the internet.

During an annual budget announcement, Indian Prime Minster Narendra Modi’s government has stepped up plans to increase internet connectivity in rural areas of India, and also unveiled an initiative which will offer educational courses as well.

Earlier this week the Indian government announced a plan called Digital Village, which aims to bring free Wi-Fi to 1,050 villages in the next six months.

But the government isn’t the only or the first to attempt to offer internet access to the country. Several of Silicon Valley’s biggest heavyweights have already begun plans to improve connectivity.

Facebook previously tried to offer free internet access through its Free Basics program, only for the government to ban its efforts in India. The purpose of Free Basics was to bring internet to people who have never had access, but a BuzzFeed investigation found that most users of Free Basics already had a data plan and used the program to access Facebook for free or used it when they had run out of data credit on their existing plans. The concern within India was that Facebook was using the mission to connect more people to the internet to secure more customers for itself.

The ban hasn’t deterred Facebook’s efforts, however. The company has since launched a new initiative Express Wi-Fi, to bring internet to India’s railway stations. Google has also brought free Wi-Fi to over 100 train stations, and Microsoft has been looking into the possibility of beaming internet into Indian villages.

As of 2016, India has around 400 million people connected to the internet, the most in the world after China. But with a population of more than 1.2 billion, there is still plenty of opportunity for growth. That’s why tech companies see India’s connectivity as so important – it’s an untapped audience.