Independent Filmmakers From India You Ought To Know 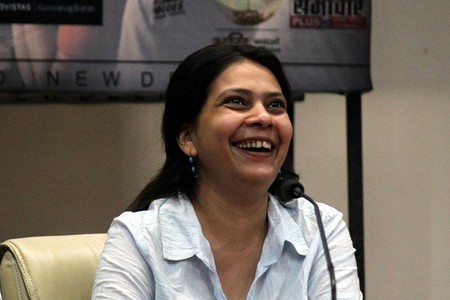 India’s independent film scene is flourishing and quickly catching up with its vibrant mainstream counterpart. We’ve rounded up a list of talented up-and-coming independent filmmakers from around the country who are doing interesting work that is well worth following.

With his directorial debut, Court (2015), having been announced as India’s official submission for the 88th Academy Awards in the Best Foreign Language Film category, this young director from Mumbai has had a dream-like start in the film industry. The Marathi-language courtroom drama, which Tamhane has written, also earned him a nomination for Best Screenwriter at the 9th Asian Film Awards as well as the award for Best Director at the 16th Mumbai Film Festival. Examining the Indian legal system through the trial of an aging folk singer in a court in Mumbai, the film also won raving reviews from critics around the country, making it more than clear that this filmmaker is one to watch out for!

This Delhi-based filmmaker made her debut with the critically acclaimed satirical comedy Peepli Live (2010). Having worked as a journalist for several years with the likes of NDTV, one of the country’s premier television media companies, Rizvi was seeking funding for a documentary film she wanted to do when she came up with the idea for Peepli Live. It won the Gollapudi Srinivas Award, a national-level award given to a first time director in the country every year.

This engineering school graduate forayed into film production by assisting the country’s most popular alternative filmmaker, Anurag Kashyap, in the making of Ugly (2014) and Gangs of Wasseypur (2012) while simultaneously directing short films. He made his feature film debut with Masaan (2015) that screened in the Un Certain Regard section at the 2015 Cannes Film Festival, where it won two awards including a ‘Promising Future’ prize for debut films. Back home, the film also won an award for ‘Best Debut Film of A Director’ at the prestigious National Film Awards.

Manjule won a National Film Award for both his short and debut feature film premieres – in the ‘Non-Feature Film’ and ‘Indira Gandhi Award for Best First Film of a Director’ categories, respectively. With an emphasis on making films that cover the experiences of dalits and oppressed communities in rural India, this filmmaker has become one of the most important to follow in the country today. His debut feature Fandry (2014) focusing on caste-based discrimination through the story of a young lower caste boy’s crush on a higher caste girl won the Grand Jury Prize at the Mumbai International Film Festival, besides nation-wide praise.

Prior to his feature film debut, Behl already had quite a bit of experience and exposure to the alternative cinema industry. He had directed documentaries for a variety of international channels including Japan’s NHK as well as Germany’s ZDF. He had also worked as Assistant Director on the Bollywood black comedy film Oye Lucky! Lucky Oye! (2010). He even co-wrote the critically acclaimed film Love Sex Aur Dhokha (2010), for which he was nominated for ‘Best Screenplay’ at the 56th Filmfare Awards. His debut as a director came in 2014 with Titli, which was screened in festivals around the world including the 2014 Cannes Film Festival, Melbourne International Film Festival, Rio de Janeiro International, Zurich Film Festival, Filmfest Hamburg, BFI London Film Festival, and Chicago International Film Festival.