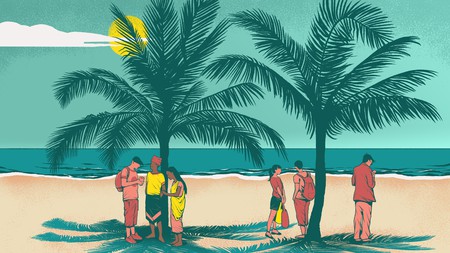 Young entrepreneurs in Goa are determined to change the way travellers see India’s smallest state, leading experiences that show an authentic side of the area. Immerse yourself in Goan folklore, drink homemade liquor, and kayak through mangroves with these five home-grown companies.

Goa, India’s smallest state on the west coast is well known in the international travel circuit for its beaches, beer and casinos. But a group of young, enthusiastic explorers are determined to change the way travellers experience the region. They will take you on long walks through ancient villages, cycling past historical sites, and kayaking through dense mangrove forests. As well as giving travellers a glimpse of the culture, nature and history of Goa, these home-grown tour operators are also helping boost the local economy by working in collaboration with people in traditional occupations, organising meals at local homes, and ensuring community participation. Here is a look at the top five outfits offering immersive experiences in Goa. 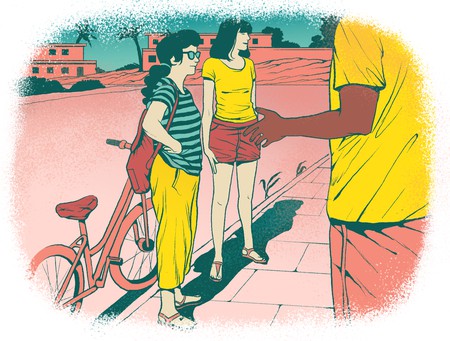 Cycle across Panaji with The Bicycle Trip

Jigeesha Nayyar and Abhinav Mishra have been cycling enthusiasts for a while, finding time for the sport in the midst of their hectic lives in the chaos of Mumbai. Burnt out from their advertising careers, they quit their jobs and moved to Goa to pursue cycling more seriously. “We were clear that we wanted clean air in order to incorporate and spread the word of a bicycle lifestyle,” they say. The Bicycle Trip happened because they wanted to do something that was an extension of their lifestyle. “We wanted to spend our time and effort promoting something we feel is meaningful and adds potential value not just to people’s lives but also to the place we live in.”

Now, they are fully committed to two wheels, and curate a variety of cycling experiences in Goa. City lovers can cycle around the riverside of Goa’s capital city Panaji (formerly known as Panjim), over old bridges and through narrow cobbled streets of the brightly colourful neighbourhoods of the old Latin Quarters with pit-stops at local delis. Those fond of nature can go island-hopping to Divar, an island in the Mandovi River laced with paddy fields and wooded hills.

Four years into a corporate job, Varun Hegde decided to quit. “I had a fair idea about what I wanted to do,” he says. He enjoyed travelling, and felt that on all his journeys he was able learn something about the place and experience something that would stay with him forever. “In Goa, the tourism promoted was purely around casinos. So we had to create an alternative,” he says. He started Soul Travelling with his friends in November 2017.

Their first walk around Margao, a bustling, busy city in South Goa, steeped in history, had three people attending. The following week, 26 people turned up. Today, they conduct walks in all major cities of Goa all days of the week. The walks range from trails tracing the history of signage in the old Latin Quarters of Panaji to the Old Goa Christian Art Trail or an exploration of local cuisine. Their unique selling point is journeys with local experts. The guides come from all walks of life – from writers and artists to students and engineers – and have a deep understanding of their neighbourhoods. 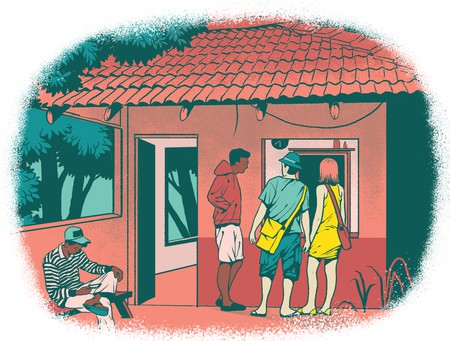 Get on the Tavern Trail with The Local Beat Goa

After a stint in advertising, Mackinlay Barreto decided to return home to Goa. Sick of the “perception of Goa being a hedonistic party place”, he decided to start a travel company, The Local Beat Goa, which aims to to connect travellers with the calmer, more authentic local places and practices in the area. Over time, his company has gained a glowing reputation for its meandering village walks, riverside picnics and a tavern trail – which is one of their most popular excursions.

“You can experience the old-world charm of the ‘pit-stop’ in South Goa,” says Barreto, and catch up on the village gossip,” he says. “We go to a taverna owned by a toddy-tapper, and one that brews its own feni (a local spirit), and play traditional games like katodyo (which involves attempting to break a coconut with a thick stick while blindfolded)”.

Conservationist and social entrepreneur Puja Mitra started Terra Conscious with her husband in 2017 to find an ethical way to conduct dolphin-watching tours in Goa. “The current style of dolphin watching being practiced in Goa is detrimental to the safety and conservation of dolphins, and I realised that the boat operators needed support in order to operate their boats ethically around dolphins; visitors needed a more value-added experience, and that conscious travellers were key to supporting local communities,” she says.

The Terra Conscious Ocean Biodiversity experience includes a journey on a boat exploring Goa’s marine habitat, peppered with commentary that educates travellers about marine mammals, ecosystems and local coastal communities. If you’re lucky, you may even spot the endangered and protected Indian Ocean Humpback dolphin. The duo also take visitors kayaking through Goa’s dense mangrove forests, where you could spot thousands of tree crabs scuttling on branches, hornbills or kingfishers and perhaps the occasional otter hanging out. Cycling enthusiasts can sign up for a forest cycling trails in the woodland on a plateau close to – but far enough from – the chaotic Mapusa town in North Goa. 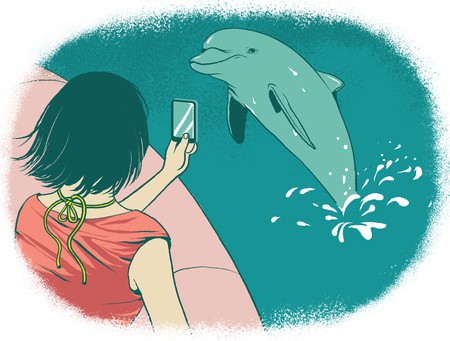 Sawani Shetye – a 25-year-old archeologist – has made it her mission to raise awareness about the history of Goa. Her guided walks will take you to archeological sites, submerged villages and prisons of historical importance. She also conducts workshops and talks on history. Her most popular journey is The Story of Goa, where she takes you back in time to visit 6,000-year-old rock art, followed by a cave with Buddhist remains, a temple that escaped the Portuguese Inquisition, and finally a 500-year-old house, called Fernandes Heritage House in Chandor, a village in South Goa.

“We have seen a positive change in locals taking pride in their own village heritage,” she says. “It is a small effort to help the local economy grow by arranging home-cooked lunches and arranging performance sessions by artists of the region. If we encourage them with financial help, they will be ready to carry forward their occupation.”