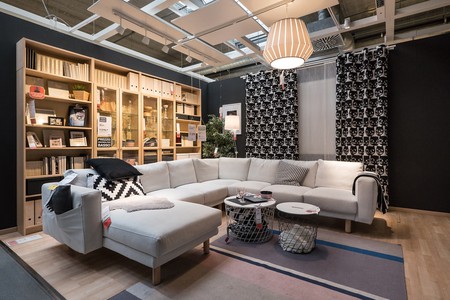 IKEA, the Swedish furniture giant, has made its debut in India with a massive 13-acre complex in Hyderabad’s HITEC City area.

The new store, featuring the brand’s iconic blue facade, was inaugurated on August 9 with an opening ceremony that was attended by the Swedish Ambassador to India, Klas Molin, and Telangana State IT Minister, KT Rama Rao. Nearly 200 customers from across the city queued up outside the store to be the first to get a taste of what IKEA had to offer the locals. 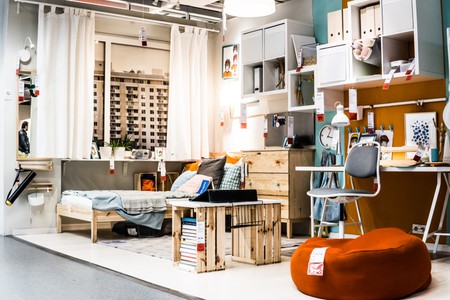 The world’s largest furniture retailer has had its eye on the Indian market for a long time. Although IKEA just launched its first store in the country, the retailers have been producing furniture in India for global export for nearly four decades. The relationship began in 1972 when IKEA signed an agreement with Travancore Mats and Matting Company, based in Kerala, to supply coir mats. Since then, they’ve continued making connections with local artisans and carpet and textile makers.

The company had attempted to enter the Indian market as a retailer as early as 2006, but strict FDI regulations made the goal hard to reach. In 2013, IKEA was presented with an opportunity when investment norms were relaxed and they committed a whopping Rs. 10,500 crores (a crore denotes 10 million, therefore, approximately £1,111,372,500) in investment to its business in India. Their initial plan included opening its first store in Mumbai and while that’s still on the cards for 2019, the focus later shifted to Hyderabad.

Products and pricing tailored to the Indian market

IKEA’s major advantage in India is expected to be its price point. Although Indian furniture and home-space needs have seen the entrance of several new players in the online marketplace, there aren’t many brick-and-mortar chains that cater to the country’s burgeoning middle-class. This is the demographic that IKEA aims to capture. The brand will start off with a catalogue of 1,000 items across furniture, kitchen appliances and home accessories in its Hyderabad store, including its iconic and unique DIY (Do It Yourself) range. But keeping in mind India’s rather nascent DIY culture, the company has partnered with home services provider UrbanClap for on-call assembly.

The Hyderabad store will also feature a massive cafeteria for customers. The menu will feature several local delicacies such as biryani and samosas instead of its iconic Swedish meatballs.

The company has already revealed plans to open 25 stores by 2025 in India alone and aims to take IKEA to major cities such as Mumbai, Bengaluru, Gurgaon, Pune, Chennai, Ahmedabad and Kolkata. IKEA has already identified and purchased land parcels in Bengaluru, Delhi-NCR and Mumbai.