How To Spend The Best 24 Hours In Amritsar

Golden Temple on Guru Parab, Amritsar | © Sangita Sinha
Amritsar is known for its Golden Temple and rightfully so, as the city derives both its name and existence from it. Amritsar came into being as the plans were made for a town settlement around the temple, envisioned as the central worship place for Sikhs around the world. And the name of the city translates to ‘Pool of Nectar’ (‘Amrit’ meaning nectar and ‘Ser’ meaning samovar/pool), the one surrounding the temple. However, the city has much more to offer. So, let’s take a 24-hour trip, exploring its best, starting from where it all began. 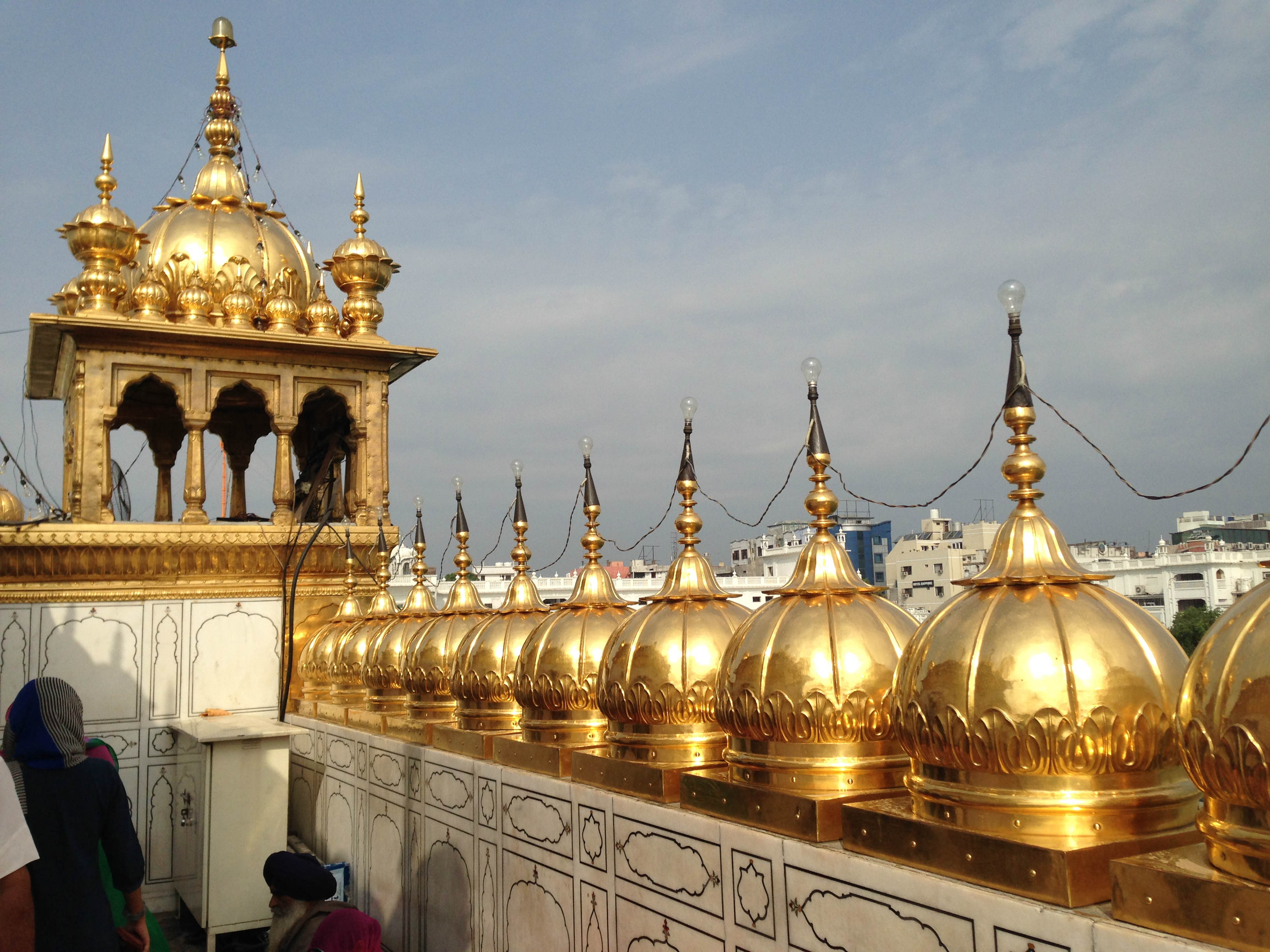 Popularly known as the Golden Temple because of its strikingly beautiful gold-plated walls, a visit here early in the morning is a must-do on any list.

Conceptualized by Guru Arjan Sahib, Fifth Nanak, as a place accessible to all, irrespective of caste, creed or religion, Harmandir Sahib has four entrances instead of one, as opposed to a temple, and had its foundation laid by a Muslim saint. 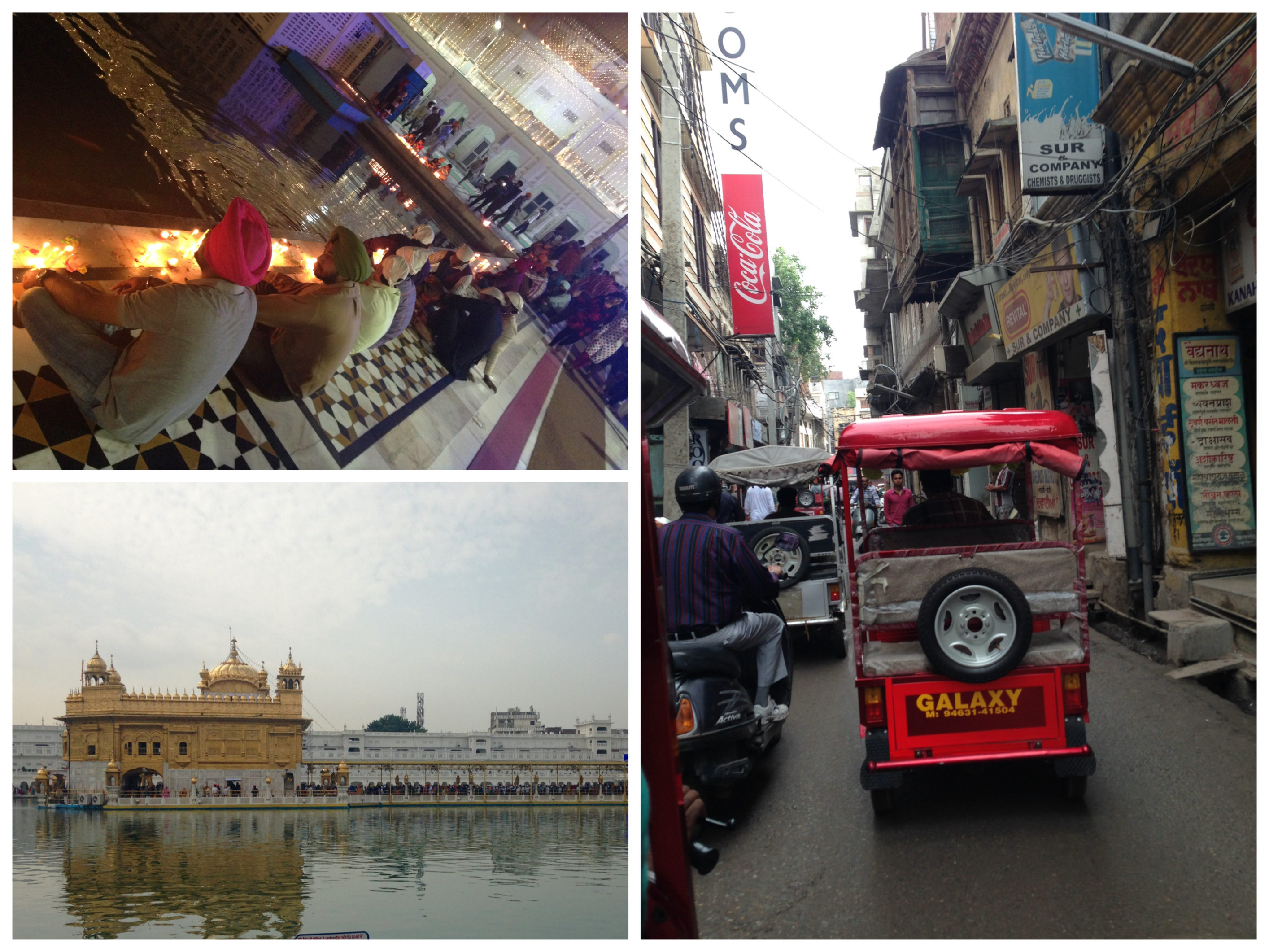 Take an eco cart ride – a zigzag drive among the narrow streets from the parking area – to bring you to the huge marbled outer complex. On entering, through the main gate, visitors are welcomed to the view of the Golden Temple surrounded by the sacred pool. The pool has a marbled pathway circling its periphery where pilgrims are busy praying, bathing, and providing their services by cleaning the pathways. A causeway connects the pool to the temple, a two-story structure.

Soak in the sacredness of the place, breathe the fresh air and take in the stunning views of the dawn.

Langars (community meals) serve food anytime the temple is open, and a visit to the community kitchen provides a glimpse into the scale of operations here.

TIP: The main temple complex is a two-story structure; don’t miss the upper floors – accessible through a narrow winding staircase. The golden domes and panoramic view are enough to compensate for that flight of stairs.

Situated next to the Golden Temple is Jallianwallah Bagh. Known for its bloody history, with the massacre of innocent and unarmed Indians on April 13, 1919, Jallianwallah Bagh today is a memorial commemorating their sacrifice. As one enters, one will notice the narrow path – the only open way leading to the garden – which was occupied by Brigadier General Dyer’s forces, thus, blocking any way out for the crowds. Dyer came armed with machine guns on top of armored vehicles, which were not put to use as they couldn’t go through the narrow path. Incessant, unprovoked firing from a high level – marked now as ‘This is the place where the bullets were fired from’ – saw more than 350 dead and thousands wounded. 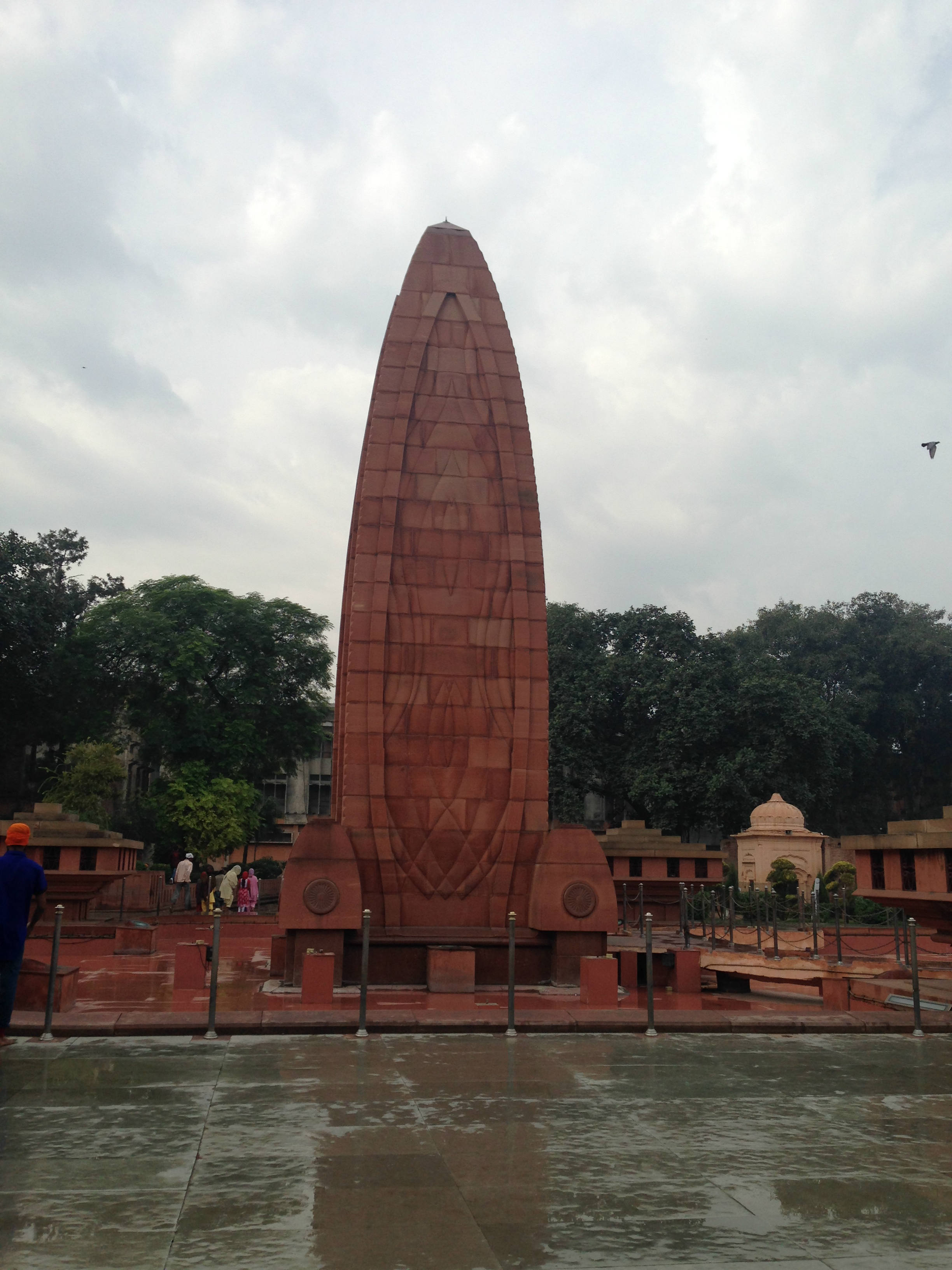 Many jumped into the well in the garden to try and save themselves. More than 120 bodies were pulled out, and it’s named the Shaheedi Kuan-Martyr’s Well today. Also, the bullet holes on the walls are a sad reminder of the times. 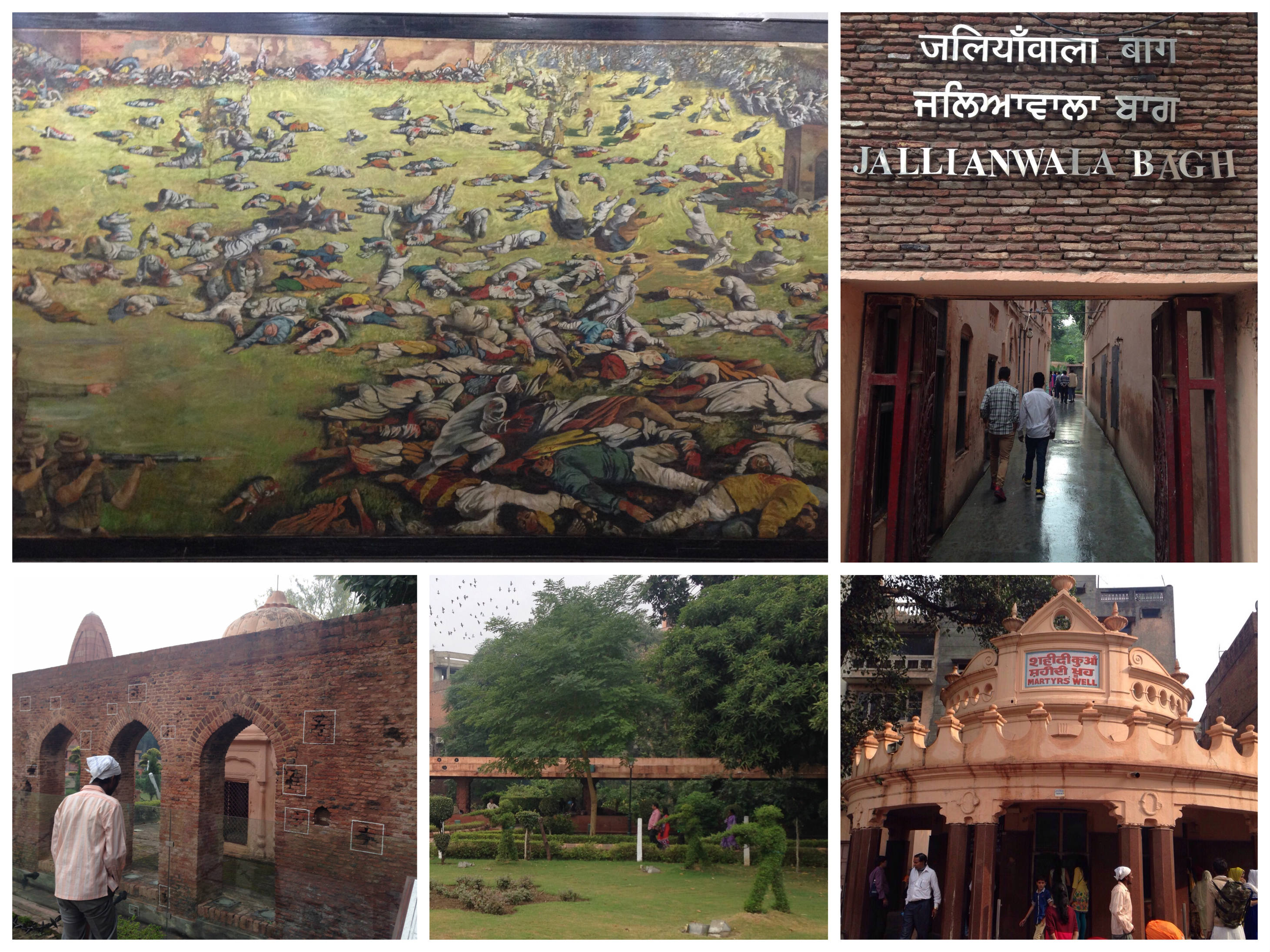 An early day and heavy-hearted morning are enough to get those hunger pangs flowing. Time to take a foodie break. Amritsar is known for its kulchas, a type of fermented bread with such fame that the delicacy is known as Amritsari Kulcha. Head over to Bharawan Da Dhaba, a few minutes or a kilometer away, and gorge on their delicious food, including kulche, sarson da saag, lassi and sweet kheer. Next door is Brother’s Dhaba – branched out from Bharawan – newly opened and with better facilities, if that’s what gets you going. 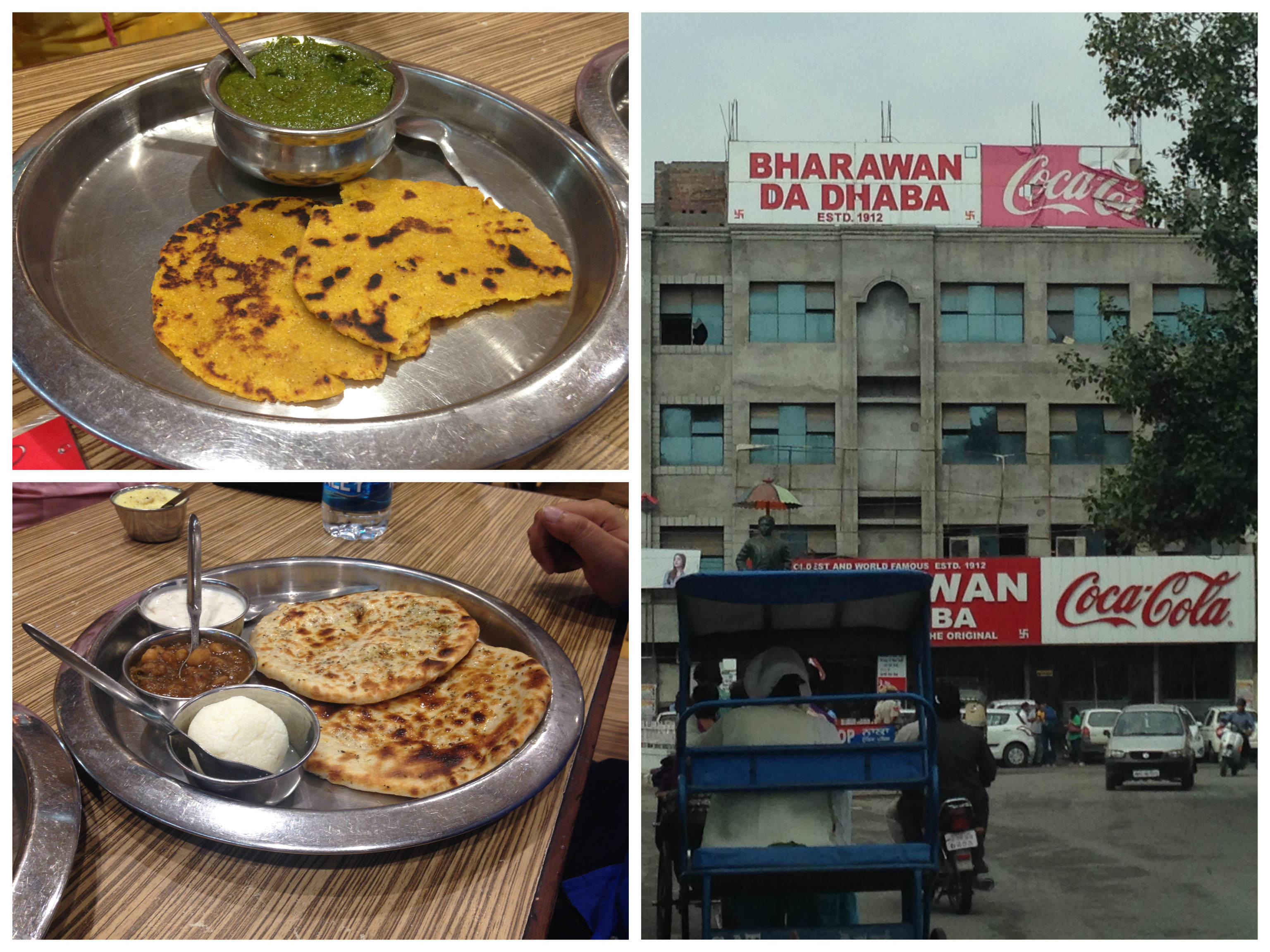 The Beating Retreat, or the lowering of flags, at the India and Pakistan border near Amritsar is a tradition that has been followed since 1959. Thirty kilometers from Amritsar lies the small town of Attari, separated from its Pakistani counterpart Wagah by Radcliffe Line – used to define borders between the two countries. Every day thousand of visitors throng these borders to see the elaborate ceremony between soldiers – Border Security Force (BSF) and Pakistani Rangers (PR). Dressed in their khaki attire with colorful headgears, BSF stands in stark contrast to the completely black look of the Pakistan Rangers. The chivalrous pomp and show lasts for some 45 minutes, finally ending with both countries lowering their flags synchronously. Tension around is palpable when all the eyes are on the flags, especially if one goes even a little lower than the other, and you will almost sigh with relief having witnessed the most amazing moment of the ceremony. 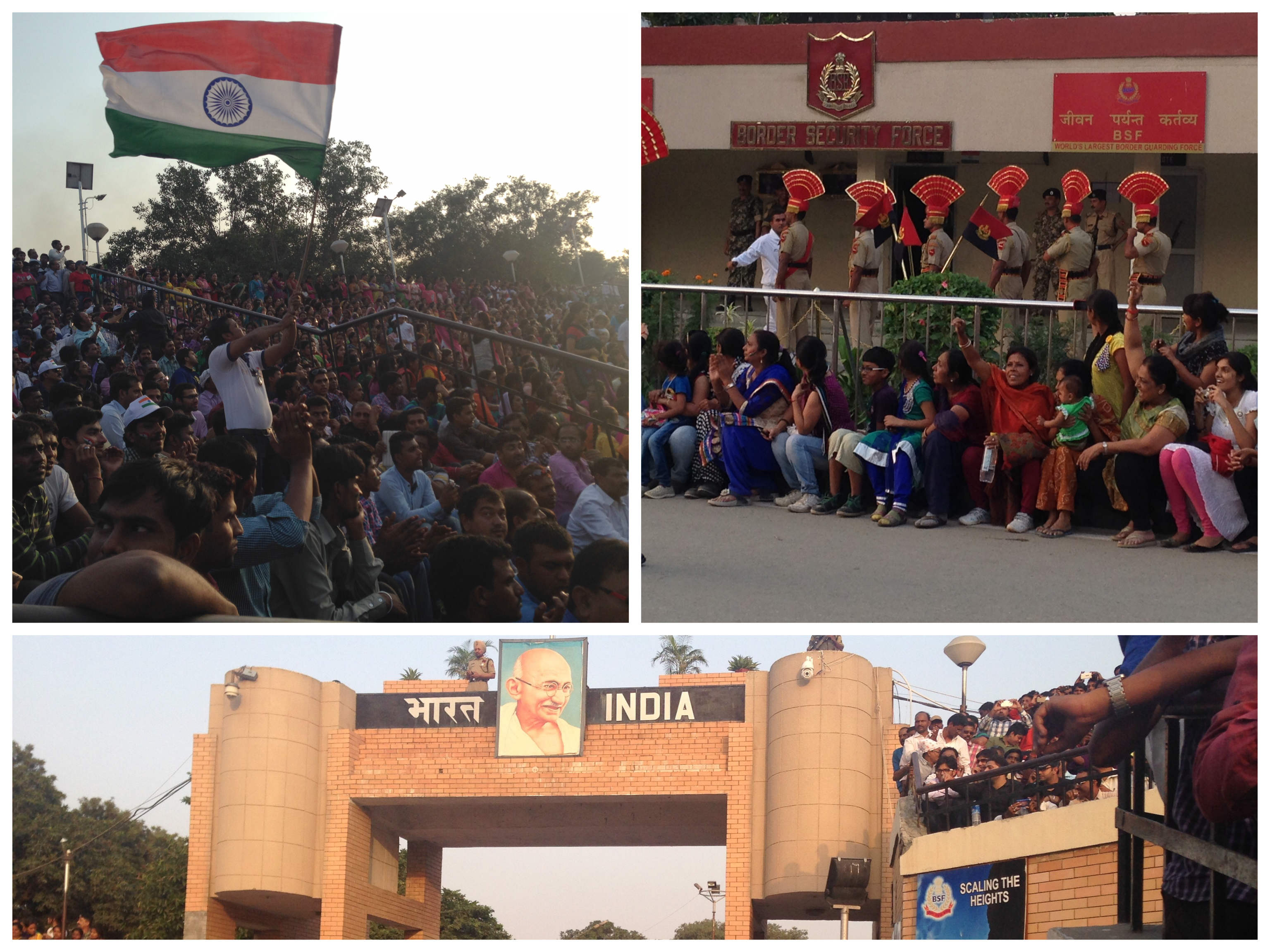 Owing to heavy crowds, the government has finally decided to create a larger viewing gallery with an upgraded infrastructure that will accommodate 13,000 instead of the current 5,000. We recommend going a little early, as parking is a bit far. Plan a meeting point after the ceremony as women and men are in separate queue and no phone signals and heavy crowds will make it difficult to locate others.

The Golden Temple at night is a sight to behold, and you need visit twice to do justice to the beauty of the place. Having explored the area in your morning visit, use this one to enjoy the brightly lit temple and twinkling lights throwing their reflection in the serene waters.

We hope you will have a great day. If you have more time, do visit the Maharaja Ranjit Singh Museum for its amazing collection. 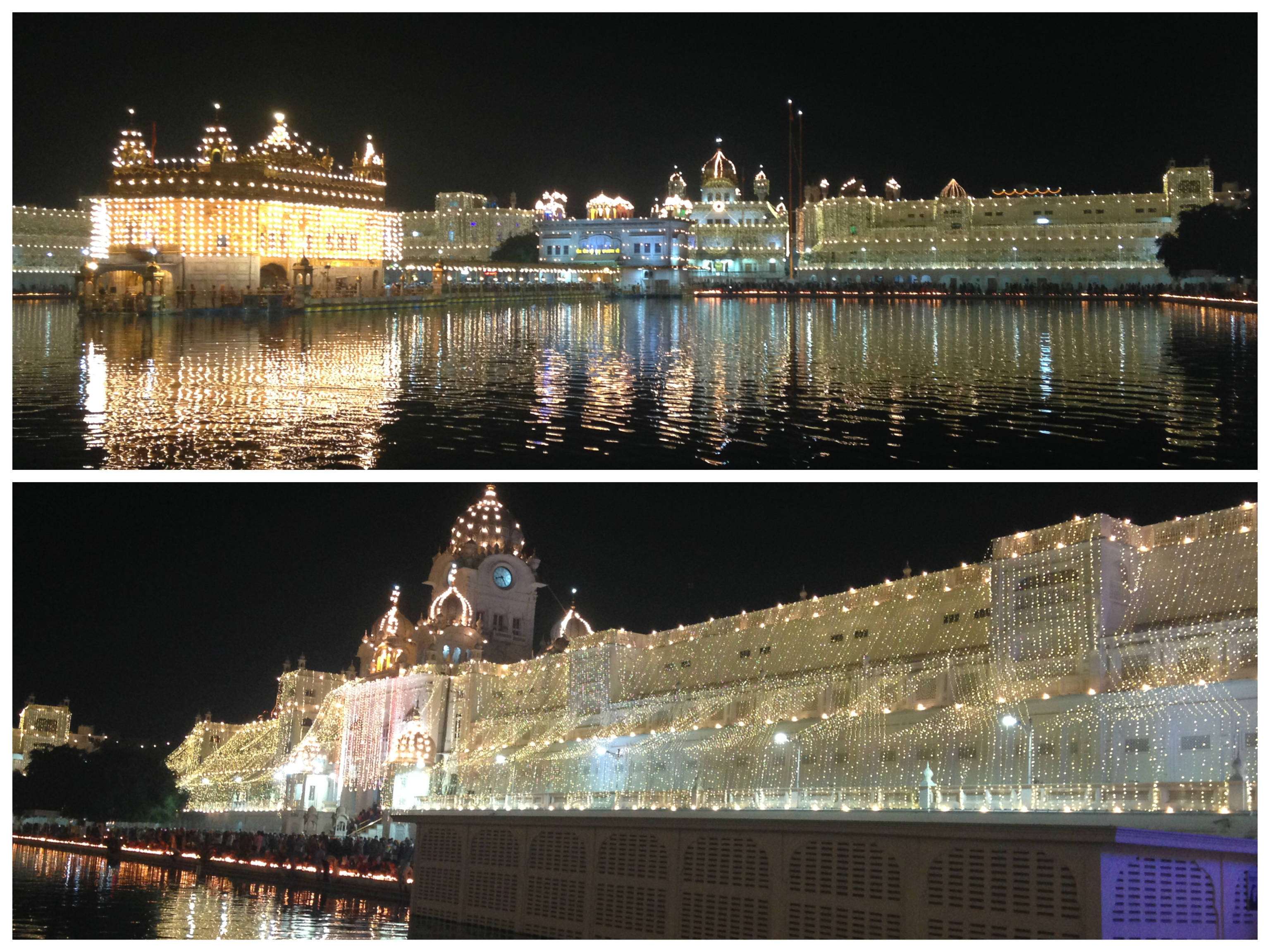